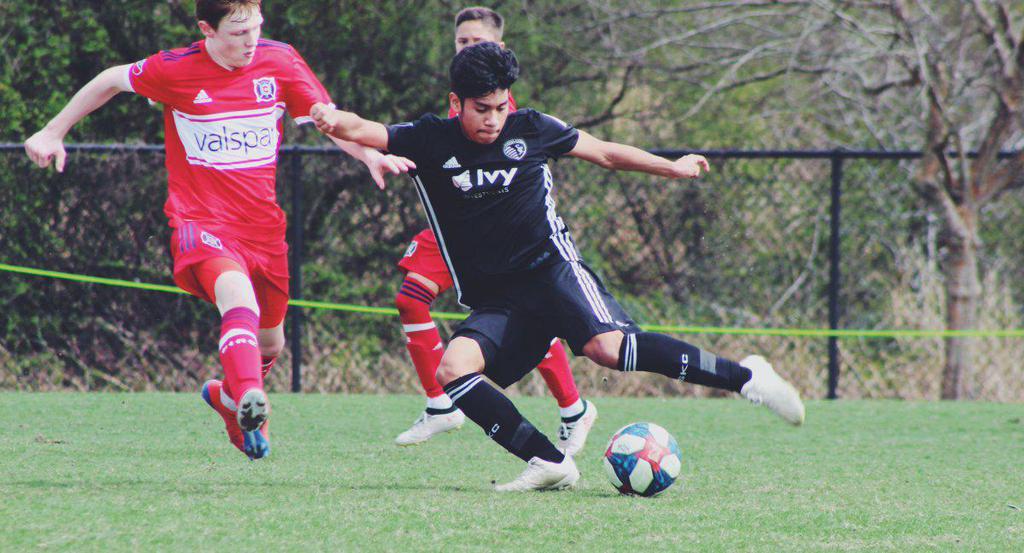 The U-17's will return home from GA Cup qualifying with a 2-0 win over hosts Houston Dynamo on Saturday courtesy of goals from Jacob Davis and Danny Goddard. The result was sandwiched between a 1-0 loss to the Chicago Fire on Friday and a 3-0 loss to Toronto FC earlier today as the U-17's qualifying campaign comes to a close with a 2-4-0 record, sending the U-17's into the Premier Division at the Generation adidas Cup Finals from April 12-20 at Toyota Stadium in Frisco, Texas.

The U-15's went unbeaten, capturing eight out of a possible nine points, during a three-game GA Cup qualifying road trip that opened with a 2-0 win over Chicago on Friday via a brace from Dalton Visconti. The Lee's Summit native recorded the game-winning goal again on Saturday in a 3-0 win over Minnesota United FC to go along with goals from Daniel Gutierrez and Osvaldo Cisneros, then struck again today for his fourth goal in three games as the U-15's prevailed in penalties following a 1-1 draw in regulation in a rematch with the Fire. Despite the positive performances in Houston, the U-15's finished in third place in Group B of qualifying with Toronto FC finishing in first place to secure the berth at the Final Event.

The Sporting KC Academy was represented by three teams at the 2019 US Youth Futsal National Championships, held from Feb. 15-18 at four venues in the Kansas City area. The U-14's bowed out in the group stage despite a strong start to the tournament with back-to-back wins, while the U-12's advanced to the semifinals before narrowly falling in a 2-1 defeat on Sunday and the U-13's rattled off four straight victories to finish runners-up after a 7-4 loss in today's championship finale.