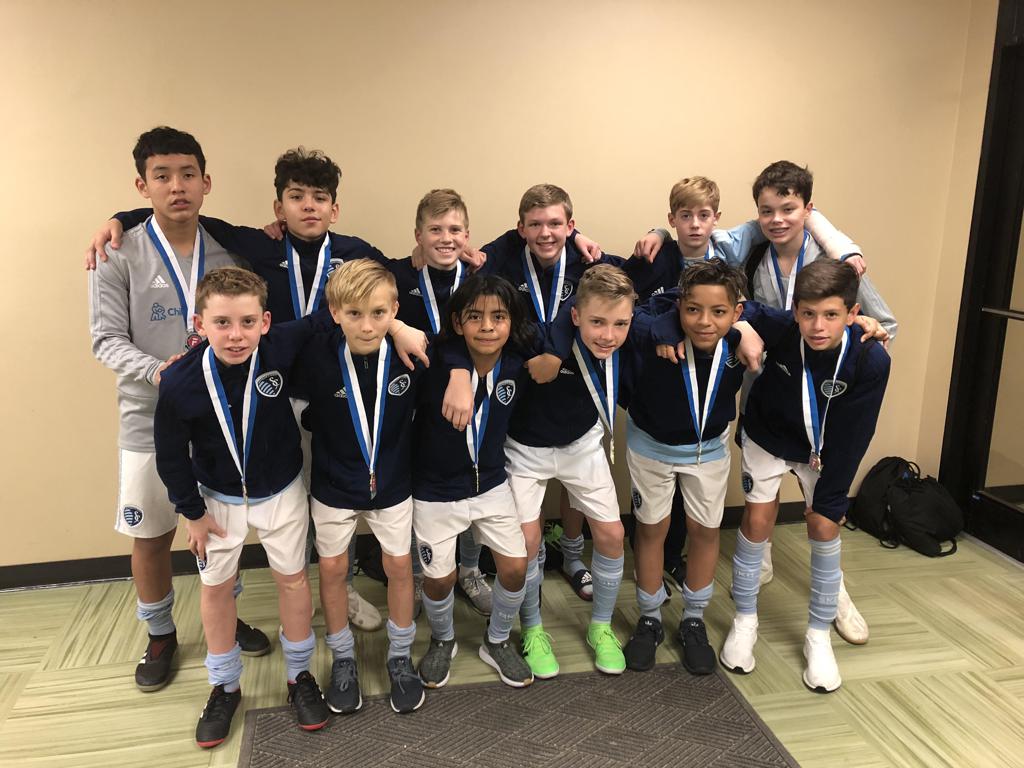 The Sporting Kansas City Academy U-13s and U-14s were crowned US Youth Futsal Central Regional champions this weekend after sweeping through the competition at multiple venues throughout Johnson County, Kansas.

The U-14s were just as successful under head coach Declan Jogi’s guidance, notching three consecutive wins in pool play to set up two competitive matches in Sunday's knockout rounds. Sporting edged Futsal of Tulsa 7-4 in the semifinals and played Forge 05 to a 5-5 thriller in the championship, ultimately prevailing in a penalty kick shootout at MidAmerica West Sports Complex.

The regional titles propel the Sporting KC U-13s and U-14s to the 2019 US Youth Futsal National Championships, which will take place Feb. 15-18 in venues across the Kansas City area. The national tournament will feature the best futsal teams in the United States at the U-9 through U-19 boys and girls levels.

Sporting KC U-13 Results and Roster

Sporting KC U-14 Results and Roster