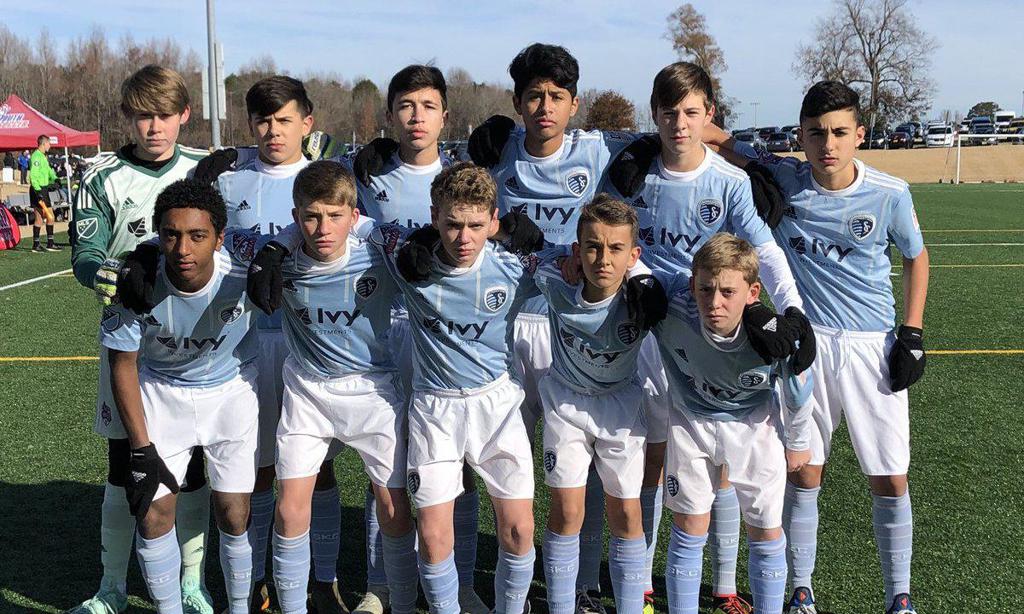 The Sporting KC U-14s traveled east for the start of the US Youth Soccer National League at Gillette Athletic Complex in Wilson, North Carolina, while the U-15s ventured south for a pair of friendlies against Mexican foes at Toyota Soccer Center in Frisco, Texas.

On Friday morning, the U-14s fell behind 2-0 to SDor Elite (Virginia) before rallying to secure a wild 4-3 win. David Hernandez grabbed a goal back with a brilliant bicycle kick in the 30th minute, and parity was restored early in the second half thanks to Brandon Orellana’s equalizer. With momentum on their side, Sporting KC surged ahead in the 54th minute when Gianluca Armelino made it 3-2. Hernandez then set up Soete for a game-clinching goal on the hour mark, rendering SDor Elite’s late strike irrelevant.

The U-14s were scheduled to play on Saturday and Sunday, as well, but inclement weather in the North Carolina region forced the cancelation of matches against the Boise Timbers and Minnesota United FC.

U-15 head coach Chris O’Neal took his team to Frisco for two high-profile friendlies against teams from south of the border. First up was a showdown with Mexican powerhouse Tigres on Friday, which resulted in a narrow 1-0 defeat. Daniel Gutierrez almost opened the scoring in the early stages, only for the Tigres keeper to make a superb save. The Mexican side broke through in the 55th minute and barely held on, with Kelly Kipruto setting up Lack Lucas for a well-hit shot that was saved in the 71st minute.

Sporting KC bounced back on Saturday with a resounding 4-1 triumph versus Santos Laguna. Dalton Visconti wasted no time vaulting his side in front with a fourth-minute strike, and although Santos would equalize early in the second half, the U-15s exploded for three goals in a 12-minute span to seal a well-deserved win. Gutierrez scored twice in the space of four minutes and Kipruto found the back of the net shortly thereafter as Sporting KC coasted to victory.