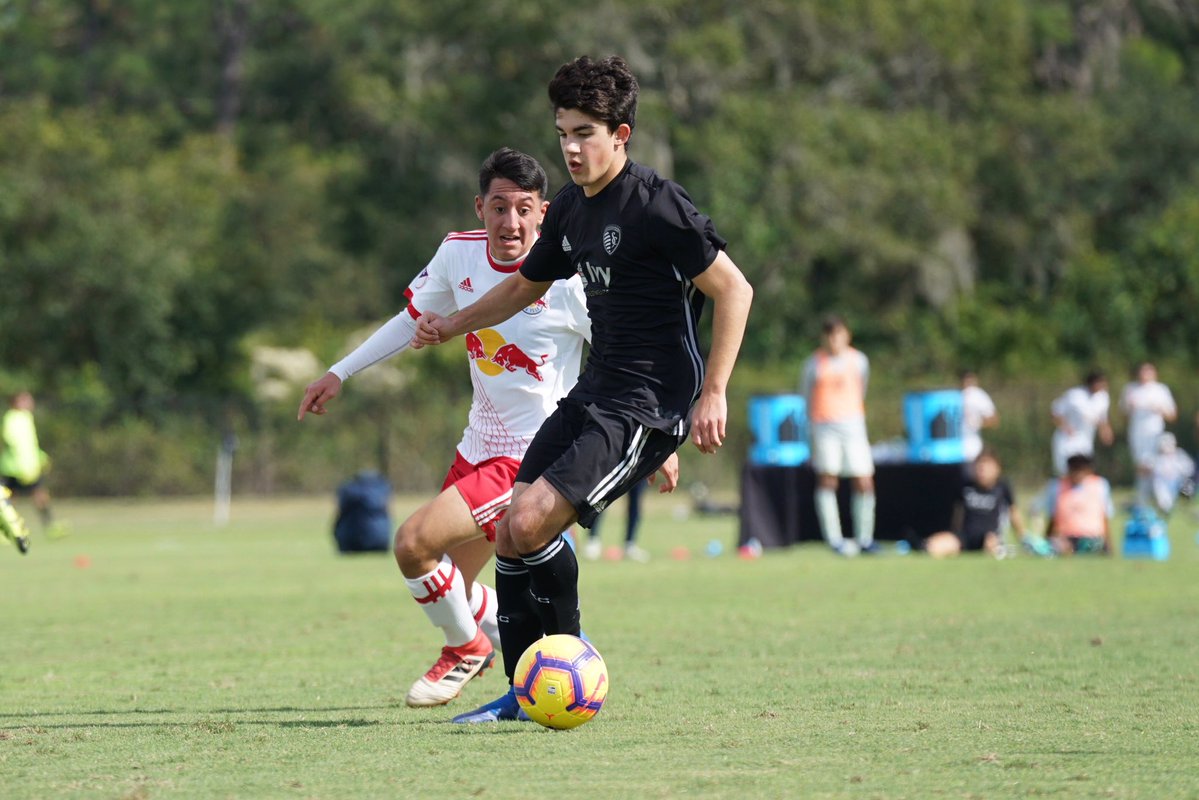 Sean Karani propelled the Sporting KC U-19s to a win and two draws, scoring in each game of the high-profile youth competition against the New York Red Bulls, LA Galaxy and Sacramento Republic FC, respectively. The U-19s end the first half of the 2018-19 Development Academy campaign with an 8-2-3 record, occupying second place in the Frontier Division behind perennial powerhouse FC Dallas.

The U-17s took two victories and a loss, bookending a narrow 1-0 defeat to the Chicago Fire with triumphs over PA Classics and the Portland Timbers. Tucker Lepley stole the show in Monday's finale, bagging all three goals in the wild win against Portland. A strong finish to the calendar year lifts the U-17s (6-6-1) into sixth place in the Frontier Division.

Karani, who made four USL appearances for the Swope Park Rangers this season, shouldered a leading role for the U-19s at the Winter Showcase. In the event opener against New York on Thursday, he gave Sporting KC a 25th-minute lead before bagging a dramatic 90th-minute equalizer to cancel out goals in either half from the Red Bulls' Samuel Epitime and John Michael Tolkin.

The following afternoon, Sporting KC faced another MLS power in the form of LA Galaxy. After conceding a 28th-minute opener to Eduardo Blancas, the U-19s restored parity through Karani on 34 minutes. Enzo Mauriz then gave Sporting KC a 2-1 advantage near the hour mark, only for LA's Alejandro Mendez to equalize a few minutes later.

Karani rounded out a superb weekend with an early winner in Sunday's 1-0 defeat of Sacramento Republic FC, slotting home in the fourth minute as Brooks Thompson posted the clean sheet.

The U-17s made a winning start to the competition with a pair of late goals against PA Classics on Friday, the first from Dylan Hooper and the second an own goal that sealed the result.

Following a 1-0 loss to Chicago on Saturday, Sporting KC finished strong behind a standout performance from Lepley. The diminutive playmaker bagged a penalty in the 19th minute and notched another goal 20 minutes later to give his side a 2-0 halftime cushion. Portland struck twice in quick succession to level the score at 2-2 going into the final 10 minutes, but Lepley won another penalty with next to no time left on the clock. He promptly buried the spot kick to clinch the 3-2 victory and end the U-17s' year on a high note.