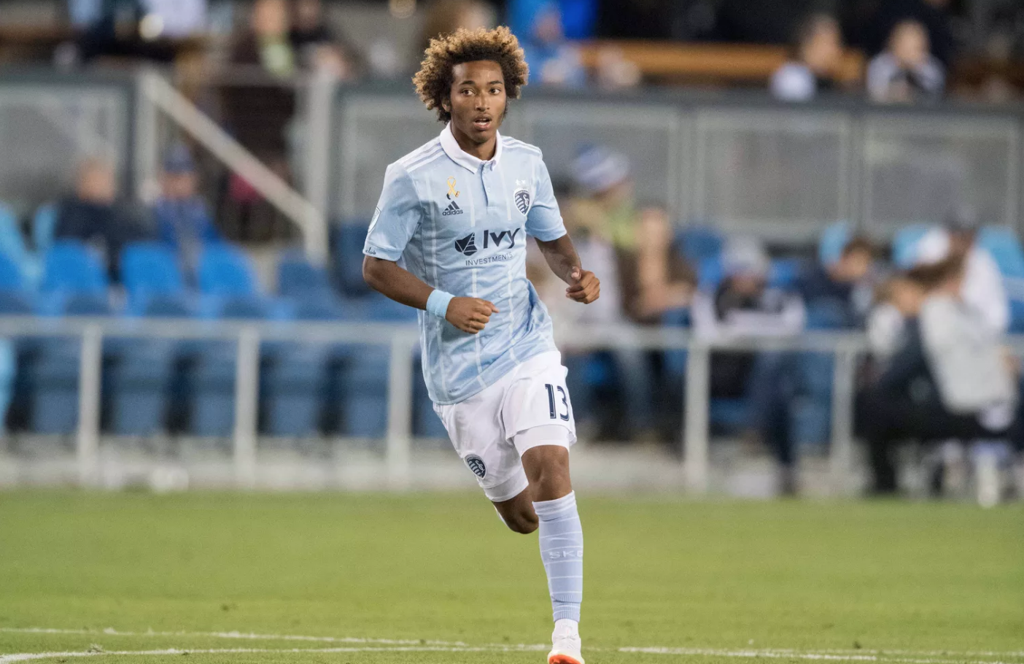 Sporting Kansas City midfielder Gianluca Busio led the United States U-17 Men’s National Team to a 1-1 draw against Brazil on Sunday, scoring a goal in the final match of the 2018 Nike International Friendlies at the Premier Sports Complex in Lakewood Ranch, Florida.

Busio’s strike—his second for the U.S. at the U-17 level—came in first-half stoppage time when he volleyed home a Giovani Reyna cross from close range. The 16-year-old Sporting KC Academy product played the full 90 minutes as the Americans conceded a late equalizer and closed the prestigious youth tournament with a second-place finish behind Portugal.

Breakthrough right before the half!

Busio joined the U.S. U-17s this weekend after Sporting Kansas City suffered a season-ending 3-2 defeat to the Portland Timbers in the second leg of the Western Conference Championship on Thursday at Children’s Mercy Park. Guided by head coach Shaun Tsakiris, the U-17s opened the competition with a 1-1 draw against Portugal on Wednesday and beat Turkey 1-0 on Friday.

This year's Nike International Friendlies featured U.S. players born on or after Jan. 1, 2002, the age cut-off date for the 2019 FIFA U-17 World Cup, to be held in Peru in October 2019. The USA will attempt to qualify for the FIFA U-17 World Cup next spring via the 2019 Concacaf U-17 Championship.

Busio ends 2018 with two goals and one assist in four appearances for the U.S. U-17s, having scored and assisted in a 2-0 victory over Norway at the Sportchain Cup in Spain on April 17.

The 2018 campaign saw Busio make major breakthroughs with Sporting KC and the Swope Park Rangers. He tallied one goal and one assist in eight competitive matches for Sporting KC, becoming the second-youngest player in MLS history to record an assist and score a goal. He assisted Diego Rubio’s game-winner in a 1-0 defeat of the Houston Dynamo on Aug. 4 and bagged his first MLS goal in a 4-1 hammering of Vancouver Whitecaps FC on Oct. 17.

Busio also started nine of 10 USL appearances on loan for the Rangers in his first full season as a professional. He marked his pro debut with the game-winning assist in SPR’s 1-0 victory over Colorado Springs Switchbacks FC on April 4 and finished the year with a 5-1-3 record as a USL starter.