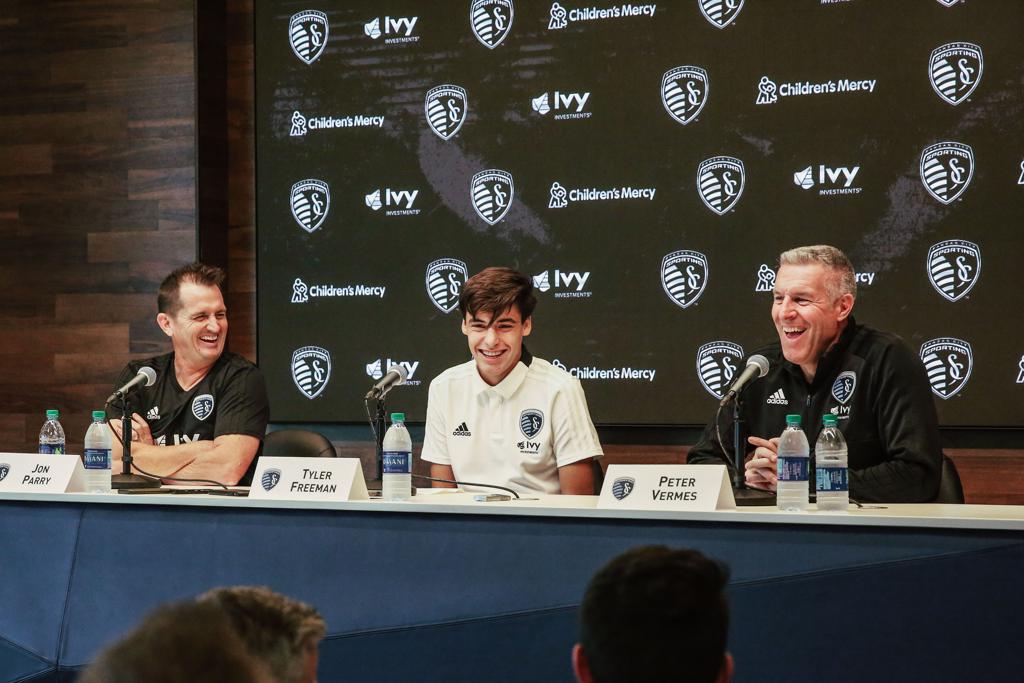 Sporting KC announced the signing of 15-year-old Freeman as the club’s newest Homegrown Player last month. The Shawnee, Kansas, native is the second-youngest player in club history and will be officially added to the Sporting KC roster ahead of the 2019 season.

Freeman entered the Sporting KC Academy in 2014 at age 11 and has represented his hometown club at the U-12 through U-19 levels. He is also a United States youth international, having competed for the U-14, U-16 and U-17 national teams over the last two years.

The 2017-18 Development Academy season saw Freeman score four goals in 19 league appearances for the Sporting KC U-17s, who qualified for the playoffs with a third-place finish in the Frontier Division. On the international side, Freeman received his first call to the U.S. U-17 Men’s National Team in August for a Costa Rica training camp where he was the youngest player on the 23-man roster. He scored in his U-17 debut on Aug. 7 to help the Americans to a 2-2 draw against hosts Costa Rica.

Duke, 17, was tabbed the Central Conference Player of the Year in July for his standout performances throughout the 2017-18 U.S. Soccer Development Academy campaign. He scored four goals as a regular starter and led the Sporting KC U-17s to a berth in the Development Academy Playoffs alongside Freeman. Duke also landed Central Conference Best XI accolades for the second straight year.

A native of Overland Park, Kansas, Duke earned his first call to the U.S. U-18 Men's National Team last November and competed at the inaugural Youth National Team Summit in January. He featured for the U.S. U-18s in a pair of friendlies against the Costa Rica U-18s in February after competing with Sporting KC during the first phase of the club’s 2018 preseason in Scottsdale, Arizona.