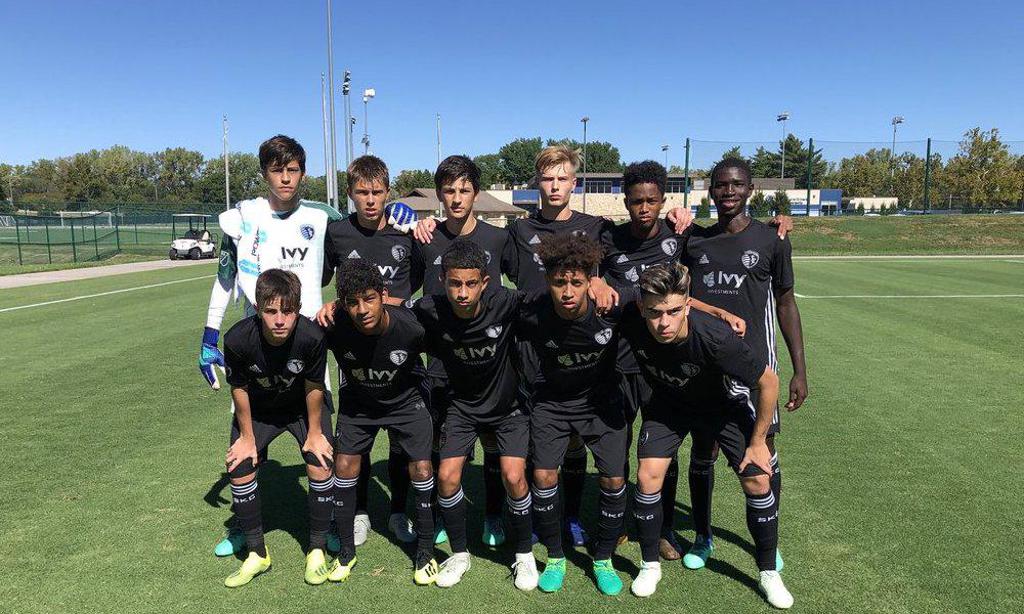 The Sporting KC U-15s triumphed 5-1 en route to their fourth straight win, while the U-17s used a Jacob Davis goal to prevail 1-0 and collect their first victory of the new campaign. In Saturday’s finale, the U-19s’ perfect start to the season ended with a 3-0 defeat.

Less than a week removed from a nine-goal explosion at Houston Dynamo Youth, the U-15s (4-1-0, 12 points) stayed hot offensively with another rampant performance versus Real Colorado. The go-ahead goal came in the 25th minute when Rokas Pukstas drew a foul in the box and hat-trick hero Daniel Gutierrez bagged the ensuing spot kick into the side netting. Real Colorado leveled terms in the 37th minute, but Sporting KC retook the lead only a minute later on a dazzling solo effort from Salat Mukoma. On the stroke of halftime, Mukoma turned provider as he teed up Kelly Kipruto to make the score 3-1.

Gutierrez notched his brace five minutes after the restart, lashing home a superb volley off a corner kick, before Sporting KC rounded out the scoring with a wonderfully worked team goal. A nine-pass sequence beginning in the defensive half culminated in Gutierrez’s third goal of the day, putting the hosts in cruise control until the final whistle.

The U-17s (1-3-1, 4 points)) stretched their unbeaten run to two games after bouncing into the win column for the first time in 2018-19. Davis effectively decided the match in the 32nd minute on a sweetly struck free kick, and a stifling defensive performance from Sporting KC—not to mention a handful of clutch saves from goalkeeper—was enough to keep previously unbeaten Real Colorado off the scoresheet.

The U-19s (4-1-0, 12 points) entered Saturday with four wins from four games, but suffered their first setback in the Development Academy as Real Colorado posted a 3-0 win behind a William Seiple brace and a late tally from Greg Hill.