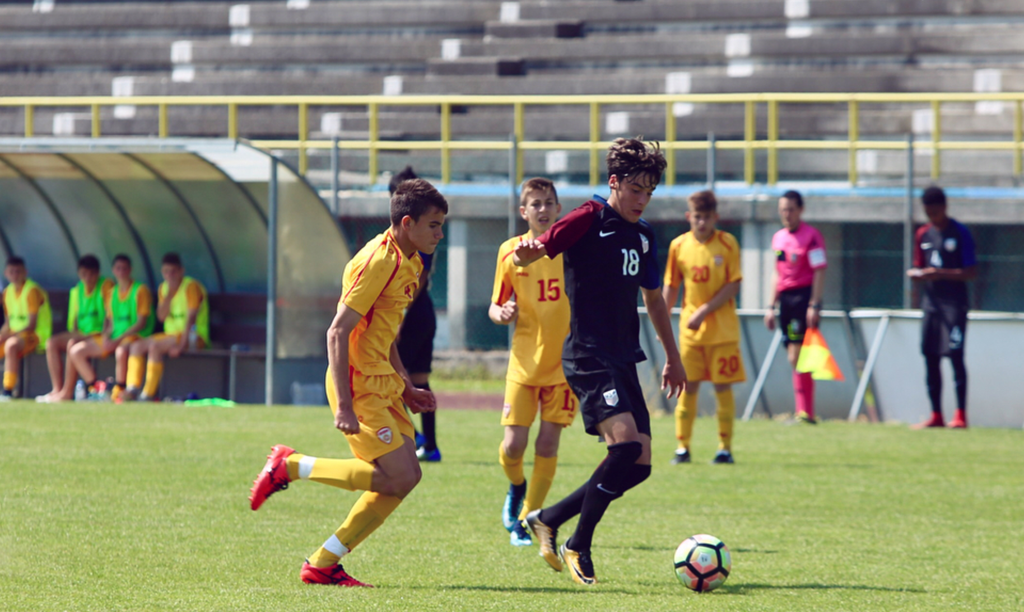 Freeman, 15, is the youngest player in the 23-man squad assembled by U.S. U-17 head coach John Hackworth. The forward is also one of four players to earn his first call-up at the U-17 level, having helped the U.S. U-16s to a third-place finish at the prestigious Torneo Delle Nazioni in Italy in April. Freeman is the only player born in 2003 on a talented team that will play four games over a seven-day period in San Jose.

Freeman enjoyed a strong run of performances for the U.S. U-16 BNT this spring at the Torneo Delle Nazioni, featuring in a pair of group stage wins over Macedonia and Croatia before scoring in a 1-1 semifinal draw against Slovenia that the U.S. lost on penalties. Freeman started in the third-place match against Japan and guided the side to a 2-1 victory.

A native of Shawnee, Kansas, Freeman featured extensively for the U.S. U-14 Boys’ National Team throughout 2017. He notably scored a team-best four goals for the U-14 BNT across four international friendlies in Croatia last summer.

As a member of the Sporting KC Academy, Freeman spent most of the 2017-18 campaign with the U-17s, where he scored four goals in 16 league appearances and helped the team reach the Development Academy Playoffs.

Freeman, a rising junior at Mill Valley High School in Shawnee, previously represented Sporting KC at the U-13, U-14 and U-16 levels. He led the U-13s to a fourth-place finish at the 2016 CONCACAF U-13 Champions League, scoring three goals in the tournament, before joining the U-14 BNT for the first time in November 2016.