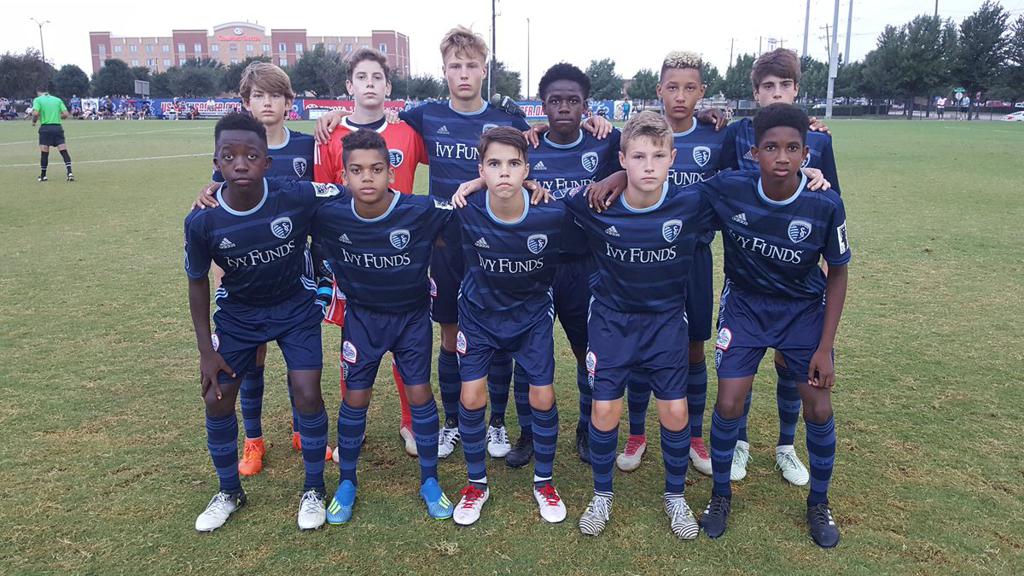 The Sporting Kansas City Academy season officially ended Saturday when the U-14s suffered a semifinal defeat at the 2018 US Youth Soccer National Championships at Toyota Soccer Center in Frisco, Texas.

Led by head coach Declan Jogi, the U-14s had earned a second-place finish in Group A to secure a spot in Saturday's semifinal round alongside three of the top U-14 clubs in the country. Sporting KC's run came to an end in the semifinals with a 4-0 loss to Michigan club Nationals Union Black on Saturday morning. Real Jersey FC would go on to beat Nationals Union Black 1-0 in Sunday's championship.

The Sporting KC U-14s were one of three Kansas City-based clubs to reach the semifinal stage at the USYS National Championships in Frisco. The Soccer Nation Academy U-13 Boys and the FC Kansas City Blues U-17 Girls both took second place with national championship defeats on Saturday night and Sunday morning, respectively.

Only two Kansas City teams have previously been crowned USYS national champions in the competition's 83-year history: the KC Dynamos Girls in 2001 and the Sporting KC U-15s in 2015.