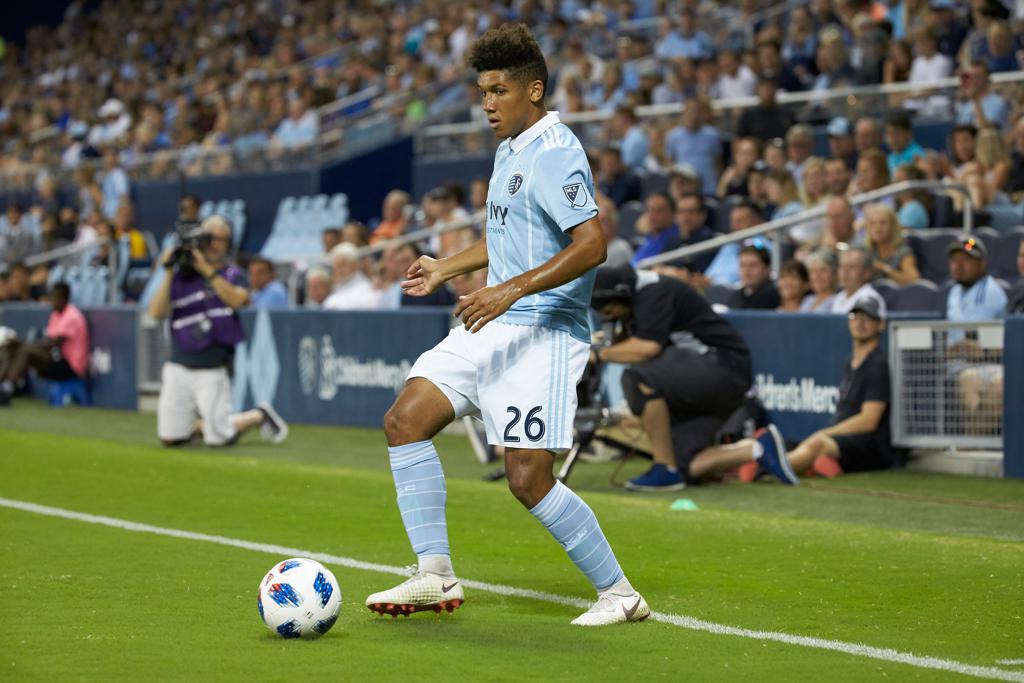 Lindsey and Kuzain will join the MLS Homegrown Team to face the Tigres UANL U-20s in the fifth annual MLS Homegrown Game on July 31 at 7 p.m. CT. The match will take place at Children’s Healthcare of Atlanta Training Ground as part of a week of events during 2018 MLS All-Star Atlanta. In addition to airing live nationally on Univision Deportes Network, the MLS Homegrown Game will stream live on Twitter for the first time ever.

Lindsey, 18, has started six of seven appearances for Sporting KC in all competitions since debuting in a 4-1 win over Minnesota United FC on June 3. The defender has seen action at left back and right back and played the full 90 minutes in both of Sporting KC’s victories in the Lamar Hunt U.S. Open Cup.

A product of the Sporting KC Academy, Lindsey became the third-youngest player in club history when he signed an MLS contract last September at age 17. He has been a youth international since 2013, representing the United States at the U-14, U-15 and U-17 levels. The Charlotte, North Carolina, native was selected to the 2017 CONCACAF U-17 Championship Best XI last summer after guiding the U.S. to a second-place finish at the tournament, then helped the Americans to the quarterfinals of the 2017 FIFA U-17 World Cup before falling to eventual champions England.

Kuzain, 19, has recorded one goal and one assist while starting five of eight competitive appearances for Sporting KC this season. He debuted in a 0-0 draw versus Columbus Crew SC on May 27 and scored his first professional goal six days later against Minnesota United FC, becoming the club’s second-youngest goal scorer in the MLS regular season. Kuzain added his first assist to fellow Homegrown Player Daniel Salloi in a 3-2 Open Cup victory over FC Dallas on June 23.

Born to Malaysian parents in Carbondale, Illinois, Kuzain became the first Sporting KC Homegrown Player to progress from the Academy to the Swope Park Rangers to the senior team when he signed on April 13. He joined the Academy in 2016 and split time between the Rangers and the Sporting KC U-18s prior to breaking into the first team this spring.

Held the night before the 2018 MLS All-Star Game presented by Target — which will feature Sporting KC duo Ilie Sanchez and Graham Zusi facing Italian powerhouse Juventus at Mercedes-Benz Stadium in Atlanta — the MLS Homegrown Game provides an opportunity to showcase Major League Soccer’s burgeoning young talent and demonstrate the growth of the league’s youth development system. MLS academies continue to attract and cultivate top-flight prospects and have now produced over 170 Homegrown Players who have signed professional contracts with MLS clubs.

Tickets for the MLS Homegrown Game, starting at $15, may be purchased on Ticketmaster.com and include entrance to the Special Olympics Unified Sports® All-Star Soccer Match presented by MLS WORKS and ESPN, held immediately prior at Children’s Healthcare of Atlanta Training Ground.

The MLS Homegrown Game is the latest initiative between Major League Soccer and Liga MX after the two leagues announced an increased partnership in March, including a focus on youth development highlighted by an annual showcase match.

Joining a list of formidable opponents to participate in the MLS Homegrown Game, Tigres UANL’s U-20 team captured the Liga MX Under-20 title in May and features numerous players that have received time with both the Tigres reserve squad and the first team side that has lifted the Liga MX title in three of the last six tournaments.