"Anything But" with Sporting KC forward Daniel Salloi 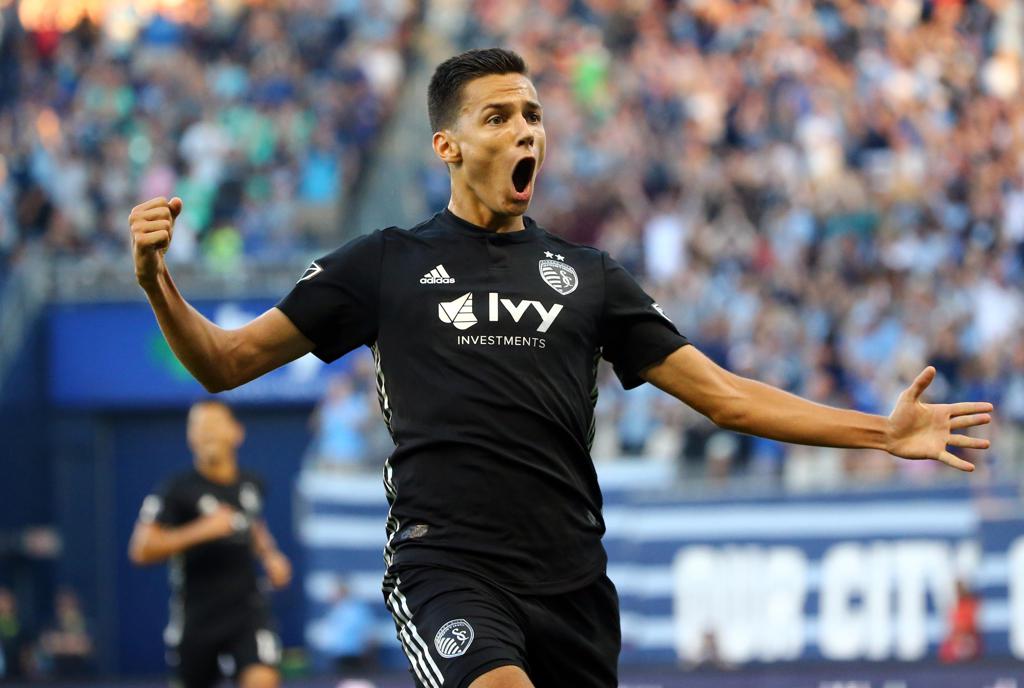 Sporting Kansas City forward Daniel Salloi has taken another major step in 2018, becoming one of the club's most prolific attacking players. The 21-year-old Sporting KC Academy product has recorded seven goals and six assists in all competitions for a club that sits just two points out of first place in the Western Conference.

In our newest edition of "Anything But," we caught up with Salloi off the field to see how he spends his free time, where he likes to eat and how growing up in Hungary has shaped him into the person he is today.

What did you like the most about growing up in Hungary?

Looking back at it now, probably being with my family. Also everything there is about soccer, you know, because everybody loves it and everyone plays starting at an early age. The soccer culture there is amazing.

Your dad, Istvan, played for the Hungary national team. Do you remember watching him play when you were young, and how does he help you now as a player? Are you two similar as players at all?

I do not remember watching him, but I have seen all of his goals from videos. He was great player, and people still tell me all the time that “You’re never going to be as good as your dad.” Thank you, guys, but hopefully I will. He achieved great things: he played in Israel and he won the Golden Boot there, so hopefully I can do that here someday, too. I would say finishing I got from him, and he would show me his videos on how he did it. And now that I’m playing as a forward, we are pretty similar now. But usually I’m a winger and he was a center forward, so our play differs there.

How do you keep in touch with your family while you are here in KC? When was the last time you visited them?

We Facetime all the time and text. The last time I visited them was when I went home to play for the Hungary U-21s in March. My sister is actually here visiting right now, and it is her first time in the U.S. I hope to go to New York with her if we have a few days off later this month.

Since moving to Kansas City, what has been your favorite part about living here?

Probably the people. Everybody is so nice and I just love it. It wouldn’t happen in Hungary when you are just walking down the street and somebody stops you and says, “Great game, congrats, you’re a great player.” It just makes you feel good, so that’s my favorite part. And the barbeque.

Speaking of barbeque, what’s your favorite place to get it in KC?

I really like Q39. I like Q39 better than Joe’s Kansas City because the atmosphere there is a little nicer. I took my parents to Q39 when they visited and they loved it. I usually order wings or ribs. The burgers are really good, too.

Which teammate have you looked up to the most since joining the first team?

I would say Matt Besler, because he’s a true leader and he’s a good friend of mine, too. He was nice to me since day one. Everybody was, but he’s just something else. He is meant to be a captain of this team, and at any team where he could play. It’s just great how much he’s played for this team and how loyal he is to this team. I look up to the players like him.

What do you and the other homegrown guys do together in your free time?

We are definitely playing Playstation — FIFA or Fortnite, probably. But other than that, it’s difficult because they live with host families and I live downtown, so it’s hard to get together sometimes. But I’m rooming with Jaylin [Lindsey] on trips, so that’s fun.

We hear you follow European soccer closely. Who is your favorite player and team?

My favorite player is Cristiano Ronaldo and my favorite team is Real Madrid. I think Ronaldo is the most complete player ever, and he has won pretty much everything except a World Cup.

What other pro sports teams do you support?

Since I didn’t really watch football or baseball when I was a kid, I would say the Chiefs and the Royals. Because since I moved here, I have gone to some of their games and they have been fun to watch. But other than that, my other sport to watch is Tennis. I love Rafael Nadal. He’s a big favorite of mine.

My ultimate favorites are Friends and The Office. Recently I’ve been watching West World. It’s been mind-blowing; I really love it.

The Weekend. My go to song from them is Starboy. I like Drake and a lot of today’s rappers.

Do you have any pregame superstitions?

Not really, I just like to stick to my routine. My routine starts with making breakfast. I usually buy eggs, avocado, toast and put that together. My pregame meal is pasta with chicken. Then I usually get coffee at Quay Coffee at the River Market, which is one of my favorite places. I usually try and fill the day up to move around to stay loose, but still relax. I like cold coffee when it’s hot out, and hot coffee when it’s cold out.

You’ve traveled to many countries for soccer. Which one has been your favorite?

I really love Italy. I played there with the Hungary youth national team. My family would also go there to ski or go on vacations. So I would pick Italy as my number one.

Which country were you rooting for in the World Cup? Who do you think will win it now?

I was rooting for Brazil, so I’m not very happy about that. Croatia has looked really good, so they could possibly go all the way.