"Anything But" with Kuzain: Get to know the Malaysian Messi 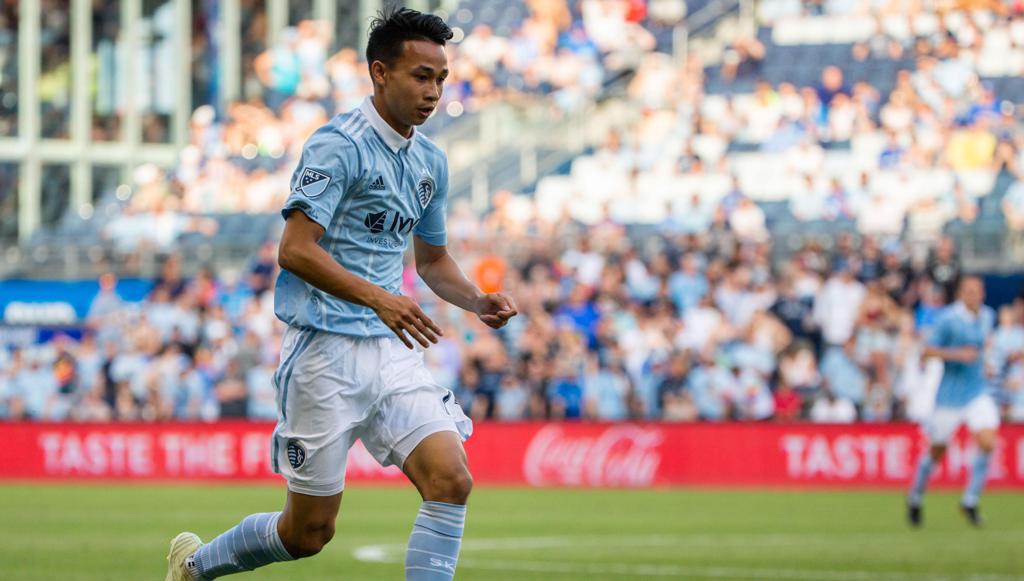 Sporting Kansas City midfielder Wan Kuzain has enjoyed a breakthrough year in 2018, becoming the first player to progress from the Academy to Swope Park Rangers to the first team.

The 19-year-old, who was raised in Illinois by Malaysian parents, signed as a Homegrown Player in April and has played five games since then in all competitions. The talented midfielder scored his first MLS goal on June 3 and assisted a Daniel Salloi strike in Sporting KC's wild 3-2 win over FC Dallas in the U.S. Open Cup on June 16.

SportingKC.com caught up with the Malaysian Messi in the newest edition of "Anything But."

Back home, you’re known as the “Malaysian Messi.” What’s your reaction to this?

Is there another professional player you think you’re more comparable to?

I would say my favorite player is [Germany and Arsenal midfielder] Mesut Ozil, so I try and emulate him. I would say he is one of the best midfielders in the game.

When you aren’t playing soccer, what’s your favorite thing to do in your free time?

I would say I play a lot of FIFA.

We hear you’re pretty good at FIFA. Have any tips for your fans?

No, not really. Sorry. I can’t give the secrets away.

If you couldn’t be a professional soccer player, what occupation would you like to have?

I really like Kin Lin. It’s an Asian restaurant by UMKC.

Probably Silicon Valley and Ball in the Family.

Who’s the funniest teammate in the locker room?

Johnny Russell is pretty funny — for the things he does, not really his jokes though. I would say everyone on the team has a good sense of humor.

What other soccer clubs and pro sports teams do you cheer for?

I like the St. Louis Blues. I also like the Chicago Bulls as well. I like Arsenal as well for my other soccer team I cheer for.

Aside from soccer, do you have any other hidden talents?

Like I said, I’m really good at FIFA. The team I play with is Juventus.

You’ve made the transition from the Academy to the Swope Park Rangers to the senior team. What would you say you learned most while going through the process?

Just to always believe in yourself and always have confidence. And if someone says no, there’s always a yes.

I’m rooting for Belgium, but I think Brazil will win it all.

Messi or Ronaldo and why?

Messi, because I’m nicknamed after him.