"Anything But" with Jaylin Lindsey: From FIFA battles and barbecue to jump-roping and Nutella 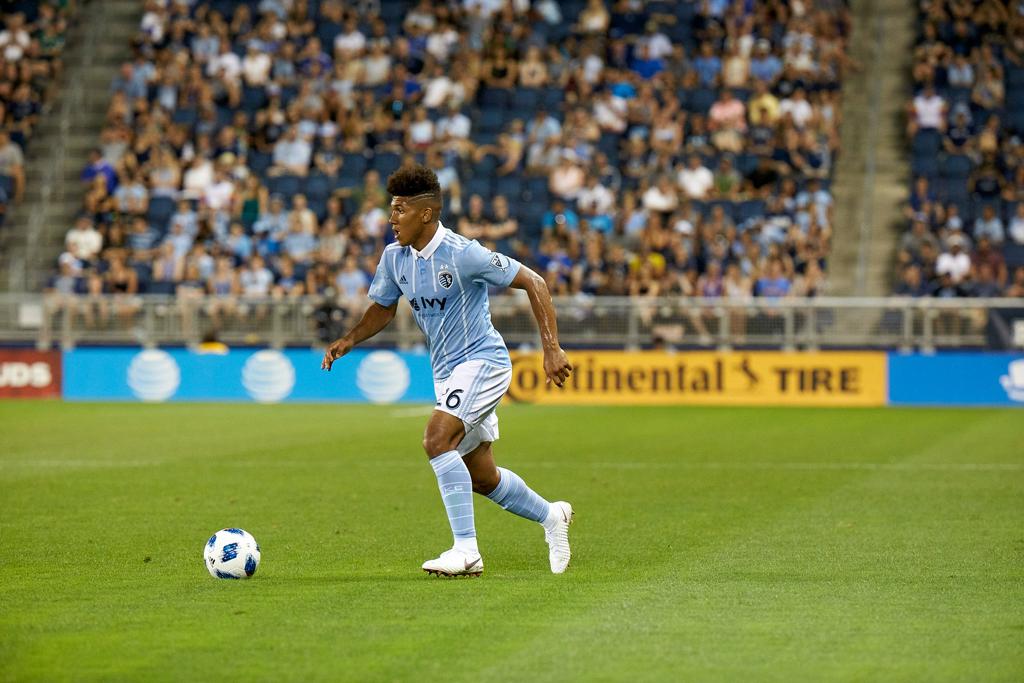 Homegrown defender Jaylin Lindsey has enjoyed a strong start to the 2018 campaign, breaking into the first team as a valuable piece along Sporting KC's backline. The 18-year-old Sporting KC Academy product has featured in each of the club's last four games, starting three, and will aim to make further strides on the field as the season unfolds.

In the newest edition of "Anything But," however, SportingKC.com chatted with Lindsey about life off the field — including his FIFA battles with teammates, his jump-roping skills, his love for Nutella and more.

Tell us about growing up in North Carolina and what you miss most about home.

Growing up there was pretty much my childhood. North Carolina is very cultural I would say, and I think the part I miss the most about home is missing my family and my friends and just being around them all the time. Growing up with them, I got to know everyone pretty well. So I really miss it a lot.

Since moving to KC, what has been your favorite part about living here?

I think my favorite part about living here is, firstly, the soccer part obviously. Soccer has treated me well here so far. I also really love the barbecue here. I would say, though, the only thing I dislike like about KC is that some places don’t have sweet tea, which is my drink. But other than that, I love the soccer and the barbecue, and also the sports environment around the city.

Which player have you looked up to the most since joining the first team?

I would say I look up to Graham Zusi the most. He has played in National Team games and tournaments as well, and he has been someone I’ve watched on TV since I was a little kid. And now I’m playing with him, so it’s crazy. Everyday at training he always gives me pointers about his game and what he sees, so he’s just trying to make me better everyday.

What do you and the other homegrown guys do together in your free time?

We hear Kuzain is pretty good at FIFA. Have you ever played against him?

Oh, I beat him. My go to team is Liverpool. Kuzain’s is Juventus.

My favorite restaurant is Joes Kansas City, I get the half slab of ribs. And the fries are amazing.

My favorite artist is Post Malone. He gives me this relaxed and chill vibe before games. He gets me in my zone.

What one teammate would you choose to back you in a fight?

I would not say Busio, because I’ve had fights and he has not backed me up. I would probably say Daniel because even though we compete against each other all the time, we're really close. So, I think if he got in a fight I would back him up, and if I got in a fight he would back me up.

What other pro sports teams do you support?

Aside from soccer, do you have any other hidden talents? Rumor has it you like to dance in the locker room.

I mean, I do like to dance in the locker room. I just do a little dancing to get me going. A fun fact about myself though, I used to be in a jump-roping club when I was in third or fourth grade. I used to do single-rope double-dutch. My mom worked at my elementary school when I was younger and she was close to the P.E. teachers, and my mom said I should join since I rode with her to school and got there early anyway, so It was really fun. I can still do some tricks too.

I’m rooting for Belgium. I hope they win as well. I like Kevin De Bruyne he’s one of my favorite midfielders to watch. He did really well this past season with Manchester City, so I hope he goes far in the World Cup.

Pancakes. Chocolate chip pancakes are the best. That or Nutella.

Snapchat because I probably use that the most.

Ronaldo. Not even a question. He’s already scored four goals [at the World Cup]. I don’t think Messi is bad; he’s a great player, outstanding. I think Ronaldo, in my opinion, is better.