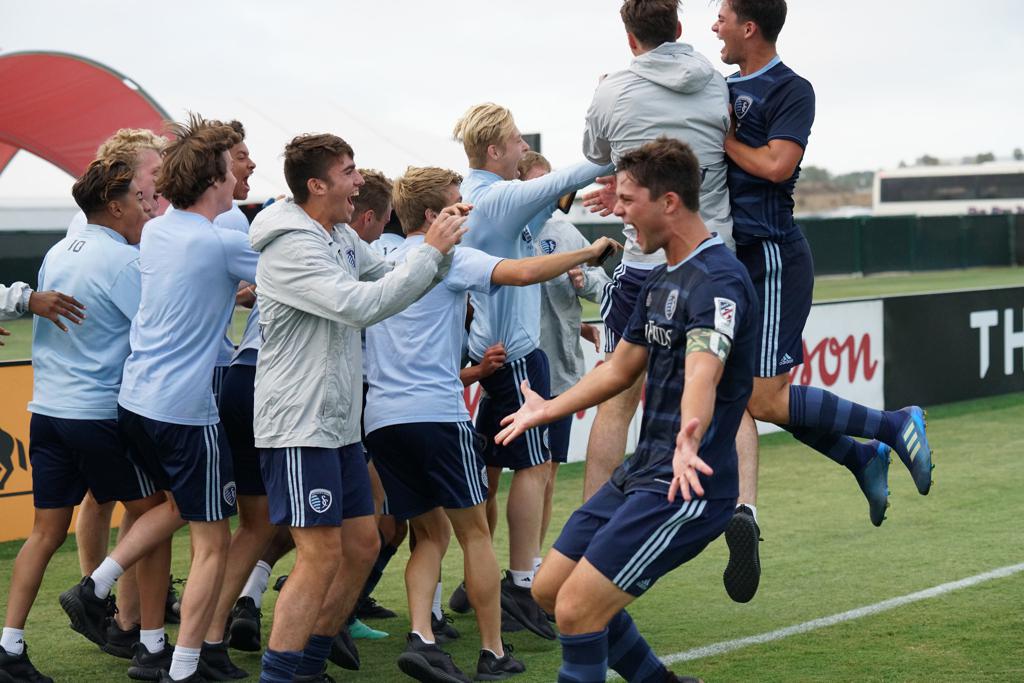 Sporting KC was one of 26 academies to send both its U-17s and U-19s to the postseason this summer. Sporting KC's two oldest Academy teams have both progressed to the playoffs three years straight.

The U-17s began their playoff campaign in dramatic fashion last Tuesday, defeating California club Pateadores FC in a 4-2 thriller behind midfielder Jahon Rad's hat-trick. Rad struck twice in the first half, added a third on 79 minutes and U.S. youth international Cameron Duke sealed the victory with a 90th-minute goal of his own. After a humbling defeat to Seattle Sounders FC on Thursday, the U-17s closed out their season with a wild 5-4 loss to Georgia outfit Concorde Fire. Sporting KC scored each of their four goals in a 12-minute span during the second half, with Ryan Fessler and Gyuwon Chong scoring on either side of Jonathan Munoz's brace.

The U-19s scrapped to a 1-1 draw last Monday against eventual group winners Columbus, receiving a 28th-minute goal from Massimo McGuire after Crew SC had taken an early lead. Sporting KC suffered a heartbreaking loss two days later, however, falling 2-1 to the top-ranked New York Red Bulls after Wilson Harris had fired his team ahead on the stroke of halftime. The U-19s rebounded to end the year on a winning note, cruising to a 3-0 triumph over Florida club Kendall SC on Friday as Sebastian Cruz, Wilson Harris and Sean Karani — three players who have signed Academy contracts with the Swope Park Rangers — all found the back of the net.

While the U-17s and U-19s competed in the playoffs, the Sporting KC U-15s participated in the U.S. Soccer Development Academy Showcase, featuring U-15 academy clubs from across the country. The U-15s finished their 2017-18 campaign with round-robin matches on Thursday, Friday and Sunday in Oceanside.

Sporting KC opened their three-game set with a 3-1 defeat of Atlanta United FC on Thursday, receiving a brace from Coby Jones and a third goal from Zion Long. The U-15s slipped to a 3-2 loss the next day against the Portland Timbers as Kayden Pierre and Gage Akalu scored on either side of halftime, and finished their season Sunday with a scoreless draw versus Florida side Chargers SC.