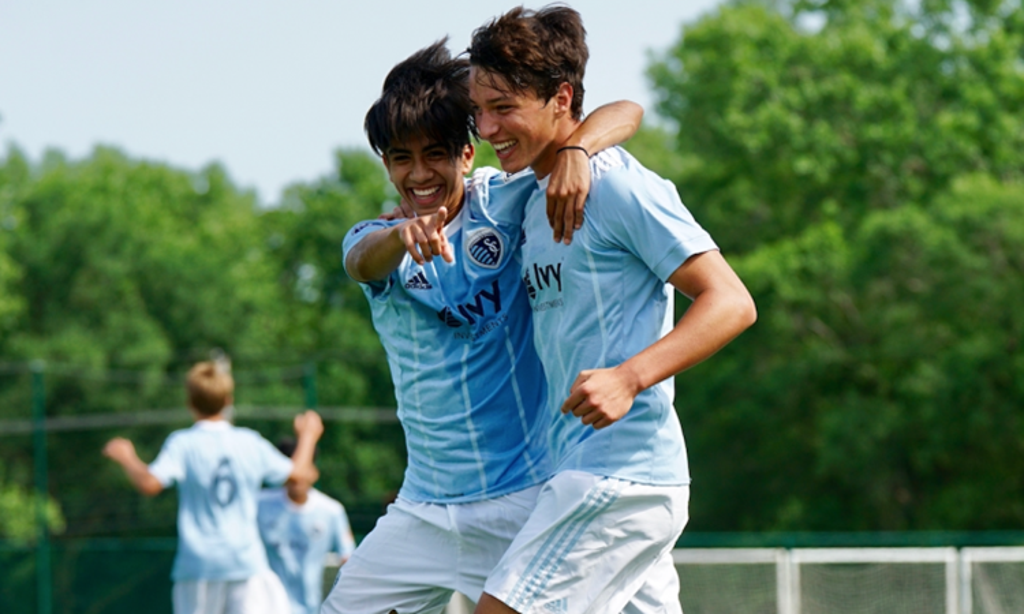 The Sporting Kansas City Academy U-17s and U-19s are set to compete at the 2018 U.S. Soccer Development Academy Playoffs this week at the SoCal Sports Complex in Oceanside, California. Both teams will play three group stage matches between Monday and Sunday prior to the quarterfinal knockout round, which also takes place in Oceanside on July 25-26.

The tournament’s official draw unfolded on June 7, splitting 32 academy clubs at each age level into eight groups of four. The group stage consists of a three-game round-robin and will send every first-place finisher to the Development Academy quarterfinals, which will follow on June 25-26. The four quarterfinal winners will advance to the Development Academy semifinals, slated to kickoff at Swope Soccer Village in Kansas City, Missouri, on Sunday, July 8, followed by the championship games on July 10.

Sporting KC is one of 26 academies to send both its U-17s and U-19s to the postseason this summer. The U-17s (15-7-4, 49 points) placed third in the Central Conference's Frontier Division and were propelled throughout the season by the likes of Gabe Findley (nine goals), Jahon Rad (eight goals) and U.S. youth international Cameron Duke.

The U-19s finished with an identical 15-7-4 record and a third-place finish in the Frontier Division. Among the standout performers were U.S. youth international Wilson Harris (16 goals), Roman Knox (11 goals) and Sporting KC homegrown midfielder Gianluca Busio.

The U-17s join a group that includes No. 2 overall seed Seattle Sounders FC, while the U-19s enter a group highlighted by the No. 1 overall seed New York Red Bulls.

While the U-17s and U-19s battle in the playoffs, the Sporting KC U-15s will participate in the U.S. Soccer Development Academy Showcase, featuring U-15 academy clubs from across the country. The U-15s will finish their 2017-18 campaign with round-robin matches on Thursday, Friday and Sunday in Oceanside.