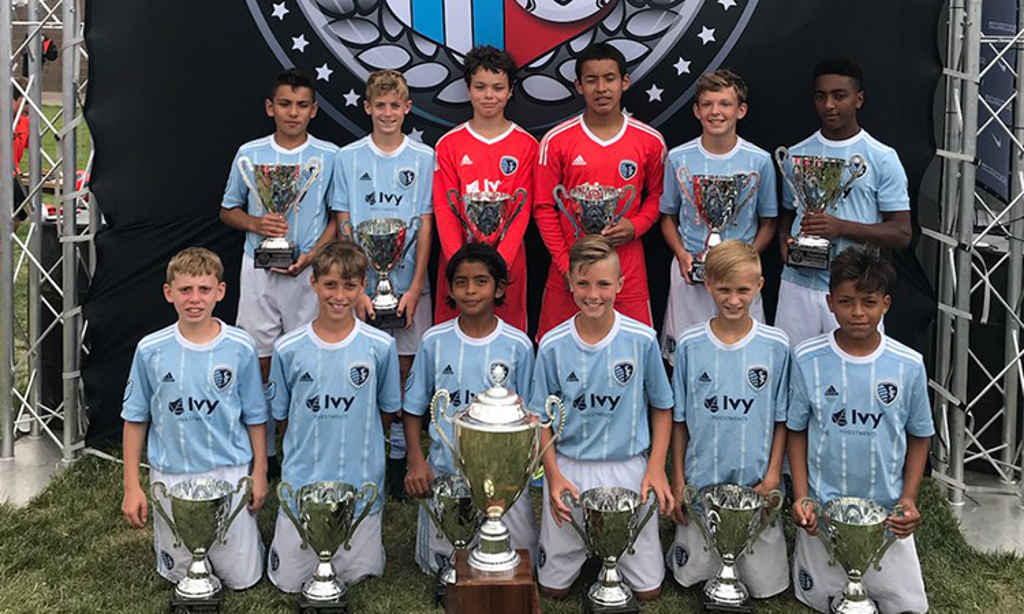 The Sporting Kansas City Academy U-12s on Sunday were crowned champions of the Premier SuperCopa 2018, an elite youth tournament that ran Thursday through Sunday at Aurora Sports Park in Denver, Colorado.

The tournament title continues a superb year for the U-12s, who also won the prestigious Generation adidas Cup in Frisco, Texas, in late March. This time around, Sporting KC navigated a three-game group stage before notching three consecutive victories in the knockout round to hoist the SuperCopa trophy.

Led by head coach Colby Childress, the U-12s finished second in Group D to secure a spot in the Gold Division quarterfinals, where they defeated Solar SC by a 4-1 scoreline. A 2-1 semifinal victory over Orlando City SC, the same team Sporting KC fell to in the group stage, propelled the side to Sunday's championship where they took care of business in a 4-0 defeat of FC United.