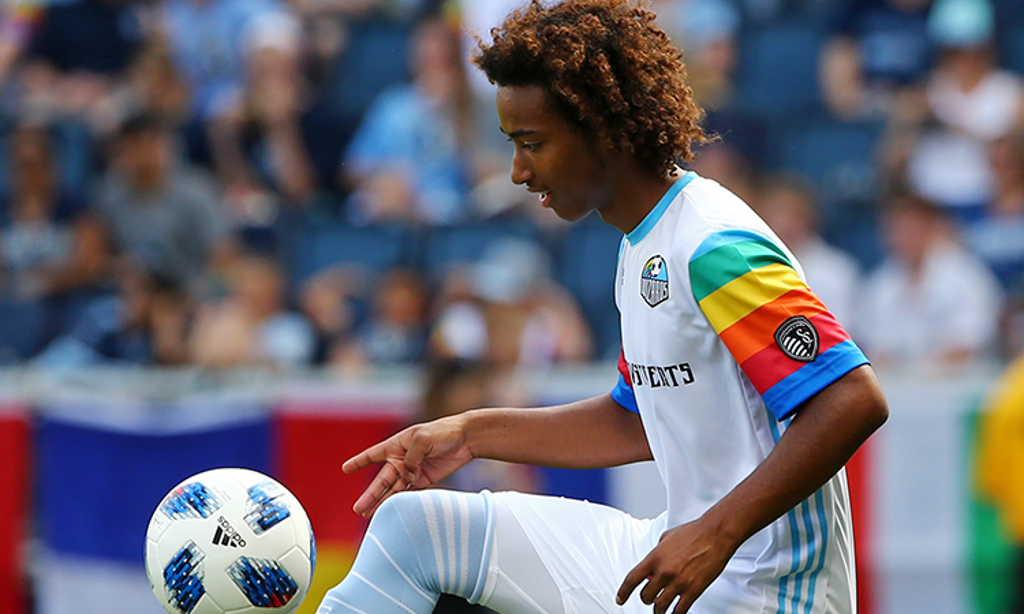 Like many 16-year-olds, Gianluca Busio is currently enrolled in a drivers’ education class. And on Wednesday, he was given the keys to take his very first drive.

No, not the sort of drive that requires a motor vehicle and paved streets. This sort of drive was something entirely different — something that the vast majority of 16-year-olds can only dream of.

On Wednesday, at the ripe age of 16 years and nine days, Busio became the youngest Sporting Kansas City player to feature in a competitive match. And to be perfectly clear, this was no small cameo from off the bench in second-half stoppage time.

“Gianluca just turned sixteen last Monday,” Sporting KC Manager Peter Vermes pointed out after the game. “A huge step forward for a kid like that. I mean, to be 16 years old and playing in a game like this and to be able to manage himself not only in the speed of the game, but also in, at times, very dangerous situations where if he’s not good on the ball he could cough it up and the other team’s going on the counter. One, he was very confident. And two, he made very good decisions with the ball.”

YOUNGEST SPORTING KC PLAYERS TO FEATURE IN A MATCH
(ALL COMPETITIONS, ALL-TIME)

Indeed, Wednesday’s test appeared to be a daunting one on paper. Real Salt Lake had entered the game with six straight wins at Rio Tinto Stadium, widely regarded as one of the toughest venues to play in Major League Soccer.

Busio was largely undeterred, especially during a second half in which Sporting KC struck twice through forwards Johnny Russell and Kharlton Belmar. It also helped that Busio had a few days to mentally prepare for his maiden appearance with a starting squad that blended experience with plenty of youth.

“I was a little nervous at first but, after a couple days of practice, I kind of felt a little more confident going into the game,” Busio said after the match. “I was surrounded by guys who were also getting their first starts, so that made it a little easier knowing they were having the same nerves as me. That just helped me; they were all encouraging. They put some veterans in there also, which helped me a lot, making me get into the game.”

Reflecting on Wednesday’s outcome, it would be fair to deem Busio’s debut as an unequivocal success. At the same time, Busio and Vermes both know that this is only the start of what both hope will become a very special professional journey in Kansas City.

“He had a long preseason with us this year, and his progression since preseason has been tremendous,” Vermes said. “I’m very excited for him because I think that he’s worked very hard. I said to him on the field tonight, ‘I hope you realize you’re getting the start because you deserve it, not because we’re just trying to give you a game.’

“He did really well with it. He’s interesting because he’s a very mature kid for his age. You have to be mature to be in that environment and do well.”