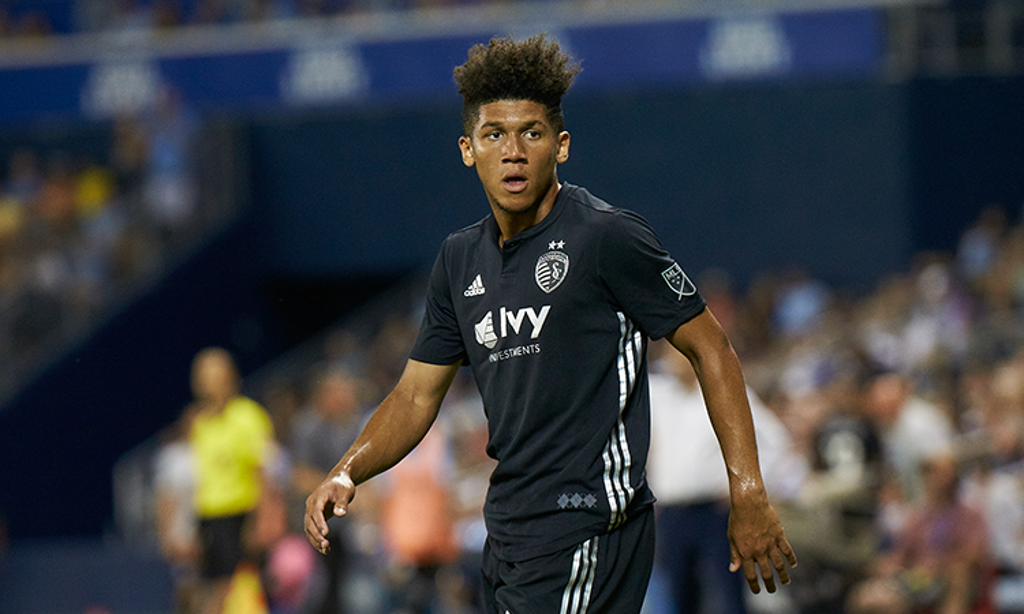 Wednesday’s 2-0 road victory over Real Salt Lake in the Lamar Hunt U.S. Open Cup Fourth Round felt a little sweeter than it normally would for a Sporting Kansas City side that has won the competition in three of the last six seasons and four times overall since 2004.

The result not only propelled Manager Peter Vermes’ men to the U.S. Open Cup Round of 16 — where they will host FC Dallas at 8 p.m. CT on Saturday, June 16, at Children’s Mercy Park — but marked another historic breakthrough in the club’s booming youth movement.

The buzz surrounding Wednesday’s showdown at Rio Tinto Stadium was amplified during pregame when Sporting KC unveiled a 5-4-1 setup that boasted three homegrown teenagers and a handful of players who had earned an opportunity with the first team after starring for the Swope Park Rangers. And despite the youthful and unique look of Vermes’ starting XI, Sporting KC emerged from one of Major League Soccer’s hardest places to play with a convincing and well-deserved win.

Forward Johnny Russell and Kharlton Belmar did the damage with clinical second-half goals — more on Belmar in a minute — but much of the social media excitement tied to the fixture was the result of Sporting KC’s homegrown wunderkind making his club debut.

At 16 years and nine days, midfielder Gianluca Busio on Wednesday became the youngest Sporting KC player ever to feature in a competitive match. The U.S. youth international started and went the full 90 minutes in a midfield diamond that also included fellow homegrown and 19-year-old Wan Kuzain Wan Kamal, who just three days earlier had become the team’s second-youngest player to score in the MLS regular season.

YOUNGEST SPORTING KC PLAYERS TO FEATURE IN A MATCH
(ALL COMPETITIONS, ALL-TIME)

Joining Busio and Kuzain among the starters was 18-year-old Jaylin Lindsey, who in Sunday’s 4-1 demolition of Minnesota United FC became the club’s third-youngest player to appear in a game.

With this talented trio in the lineup, Wednesday was the first time in Kansas City history that three teenagers featured in a competitive match. And when 21-year-old forward Daniel Salloi entered the contest as a 75th-minute substitute, it marked the first time ever that Sporting KC fielded four homegrown players in the same game.

The only other occasion in which Sporting KC’s starting XI featured three homegrown products was on Sept. 27, 2015, when Jon Kempin, Kevin Ellis and Erik Palmer-Brown helped the team to a 1-1 draw three days before the club won the 2015 Lamar Hunt U.S. Open Cup title at the Philadelphia Union.