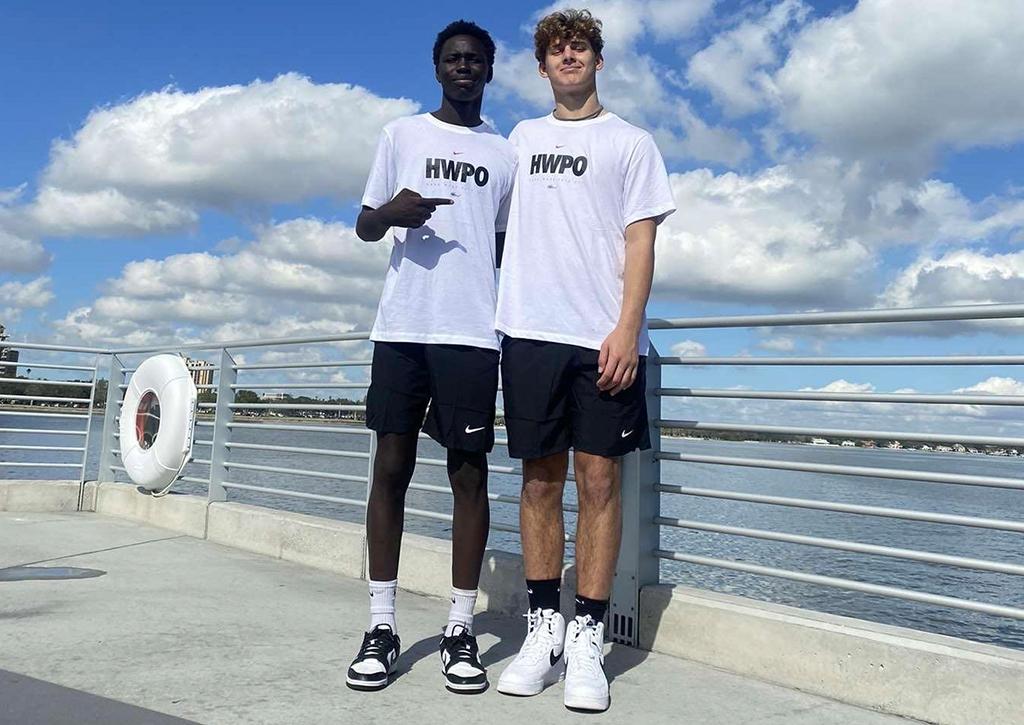 Earlier this month, two Sporting Kansas City Academy players, Ramiz Hamouda and Jack Kortkamp linked up with the United States U-15 Boy's National Team for a nine-day domestic training camp. The pair of Sporting KC U-15 players traveled to the Hillsborough County Tournament Sportsplex in Tampa Florida to join a group of players preparing for the 2023 Concacaf Bous’ U-15 Championship.

Hamouda and Kortkamp participated in the training camp under the tutelage of second-year head coach Tom Heinemann. For Hamouda, it was his first experience at the national team level. Kortkamp earned his second involvement with the U-15s after participating in a USYNT training camp at Compass Minerals National Performance Center in Kansas City, KS in October 2022.

“When I first got to the camp, I was a little bit nervous.” Said Hamouda. “I didn’t know any of the players other than Jack but as the camp went on, I settled in, built strong relationships with everyone and performed very well.”

“This being my second time with the U.S. Youth National Team, it was great to reconnect with the guys who were at the previous camp,” Kortkamp spoke on his experience. “We welcomed the nine new guys, including Ramiz, and connected with everyone right away. There was this points system throughout the whole camp that included trivia at meals, games in training and other activities. The three participants with the fewest points at the end had to sing “Baby Shark” in front of everyone. Fortunately, Ramiz and I were not in the bottom three.”

Both players shared a role in the Sporting U-15's run to the MLS NEXT Cup Playoffs last summer. Guided by head coach Chris O’neal, Hamouda a center-back, and Kortkamp a goalkeeper, slotted into a defense that turned out a three-win and zero-loss showing at the inaugural MLS NEXT Flex in May 2022. The duo credit those experiences with the Sporting KC Academy as well as the coaching staff for preparing them for national team training camps.

“Training in such a competitive nature at a young age is amazing.” Said Kortkamp. “There’s an expectation here, whether it’s the U-15s or even up through Sporting KC II and the first team. You get to see how those guys carry themselves. It’s a great experience to have when you’re young and it gives you that maturity to go into these types of camps.”

“The coaches really push us here and know us well.” Said Hamouda. “Last year I earned the opportunity to train up an age level and that really prepared me for this. The U-15s earned spots in GA Cup and MLS NEXT Cup last season and traveling to those competitions was an amazing experience.”

With the lessons they learned in the Sporting KC Academy system, the duet felt minimal pressure while training with the USYNT.

“The intensity here matches the intensity there,” Hamouda said. “At the camp, it was something normal for me. I adjusted to the speed of the Youth National Team very quickly because of how we train here.”

“Sporting has done a terrific job prepping and taking care of us.” Kortkamp voiced. “The services at the camp were easier to deal with because they weren’t blasted at us like our Academy Goalkeeper Coach, Paulo Pita does, which made him laugh when I told him. Our coach at the camp was terrific but Paulo really has prepared me for anything.”

Now back in pre-season training, both players are gearing up for the second half of the 2022-23 MLS NEXT season including competitions such as Generation adidas Cup, MLS NEXT Flex and the MLS NEXT Cup Playoffs & Showcase along with the regular season. When asked how they feel coming off the USYNT training camp both Hamouda and Kortkamp mentioned their excitement to be back with the Academy and their readiness to do whatever it takes to get better and earn results.