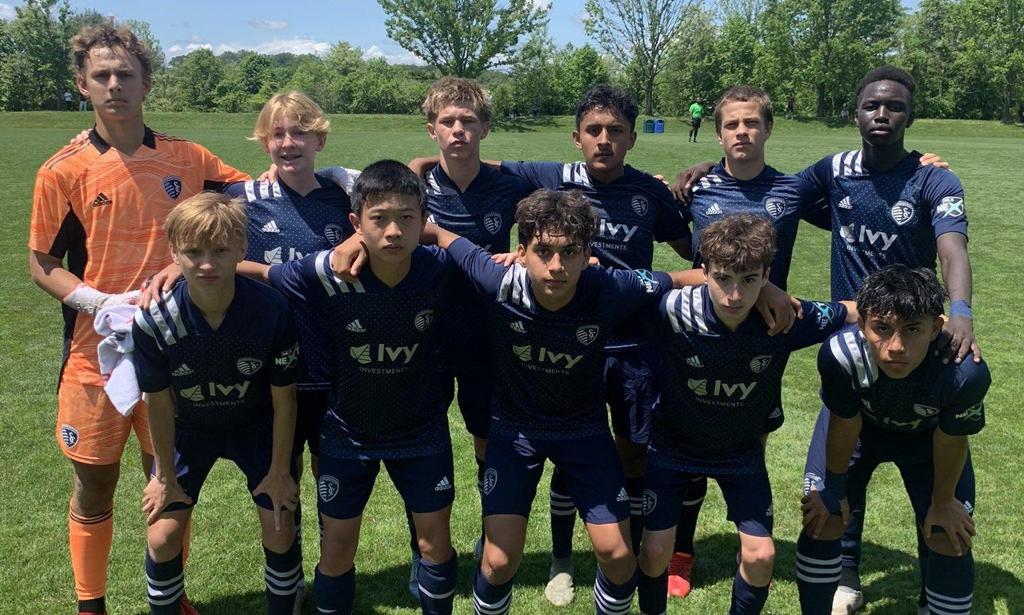 Sporting Kansas City Academy defender Ramiz Hamouda and goalkeeper Jack Kortkamp have been selected to the United States U-15 Boys’ National Team for a domestic training camp from Jan. 4-13 in Tampa, Florida. This group of 2008 birth-year players are in early preparations for the 2023 Concacaf Boys’ U-15 Championship later this year.

Hamouda (top right) and Kortkamp (top left) are integral members of the Sporting Kansas City U-15s, who compete in MLS NEXT under head coach Luis Pacheco. The duo guided Sporting to the MLS NEXT Cup Playoffs last summer, forming the defensive core of a team that posted three wins and zero losses at the inaugural MLS NEXT Flex tournament in Maryland to secure their birth in the postseason.

Hamouda, a 14-year-old native of Lincoln, Nebraska, joined the Sporting KC Academy in 2020 and made a quick impact by helping the U-14s win the 2021 US Youth Futsal National Championship. The left-sided defender rose to the U-15 ranks in 2022, notably scoring goals in MLS NEXT action against Texas rivals Solar SC and Austin FC.

Kortkamp, also 14, recently participated in a U.S. U-15 training camp at Compass Minerals National Performance Center in Kansas City, Kansas, last October. He joined the Sporting Kansas City Academy in the summer of 2021 and has since represented club and country as one of the most talented American goalkeepers in his age group.

The U.S. U-15s will gather for the first time in 2023 under second-year head coach Tom Heinemann, who was appointed to his current role last February. The Sporting KC U-15s have now had four players called to international duty over the five months, with Hamouda and Kortkamp following in the footsteps of Dominik Baczewski (Poland) and Dylan Mirakian (Armenia).