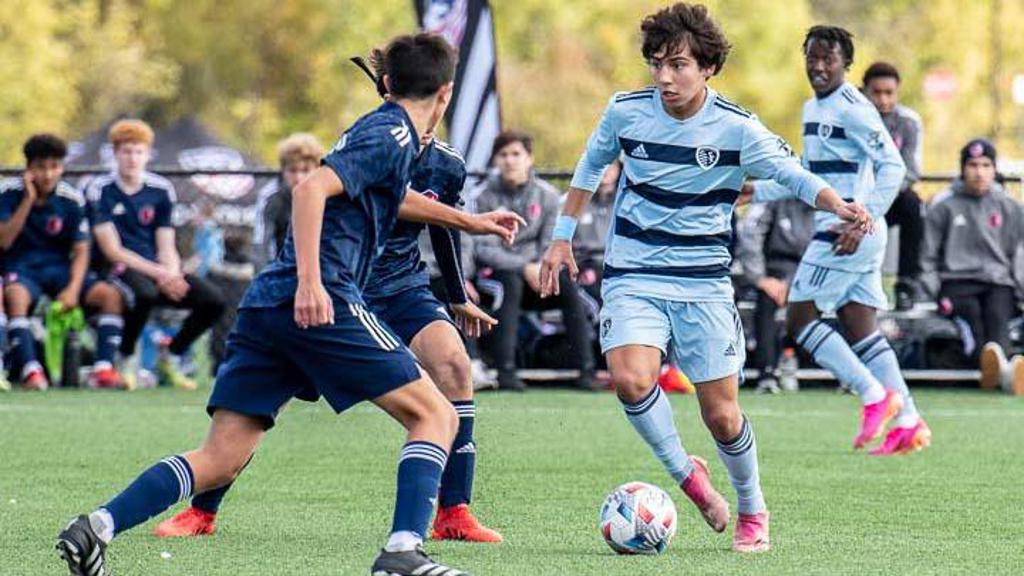 Sporting KC Academy U-17 midfielder Edgar Bazan is one of 45 players selected to participate in the inaugural MLS NEXT All-Star Game presented by Allstate, Major League Soccer announced today.

The MLS NEXT All-Star Game will be played in an East vs. West format at the National Sports Center in Blaine, Minn., on Wednesday, Aug. 10, providing an opportunity for the best young players in North America to showcase their talent on a national stage.

Raised in Overland Park, Kan., Bazan joined the Sporting KC Academy in August 2017 after playing for Sporting KC Academy Affiliate Sporting Blue Valley. The 16-year-old midfielder is an active member of the United States U-17 Men's National Team, earning invitations to training camps in November 2021 and January 2022, and was added to the Sporting KC II roster earlier this month after signing an academy contract with the MLS NEXT Pro squad.

“The MLS NEXT All-Star Game presented by Allstate provides us the opportunity to celebrate and recognize many of the top young players competing in our league and give them a large platform to showcase their talents,” said MLS Vice President, Player and Youth Development Fred Lipka. “These players will have a true MLS All-Star experience ahead of their game, and we hope that participating in this game will only strengthen the drive of these young stars as they look towards competing on the professional level.”