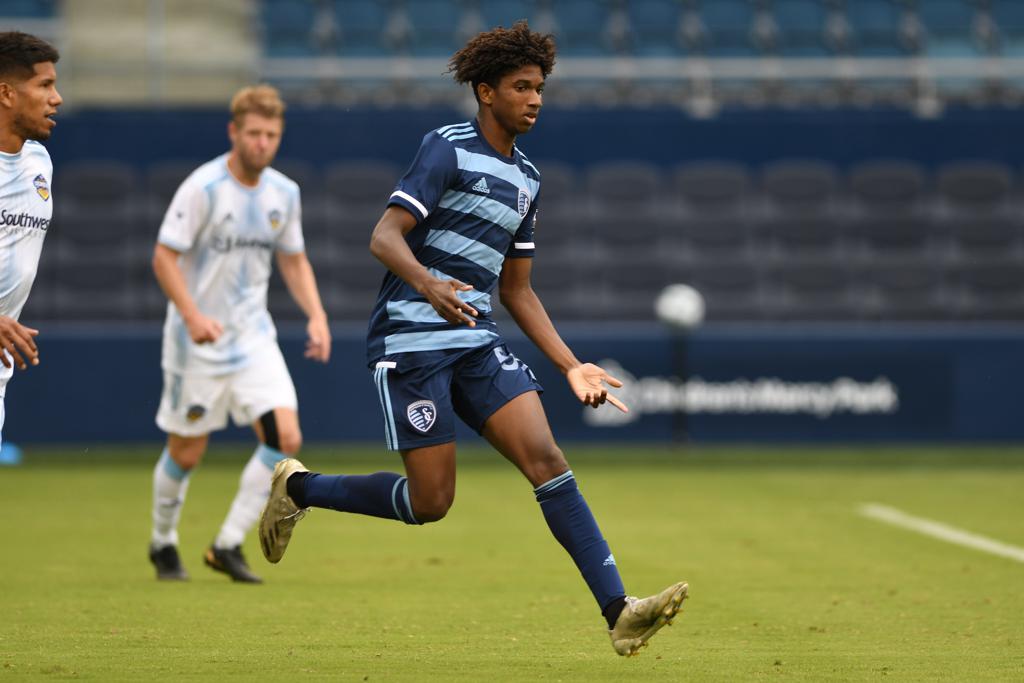 Sporting Kansas City Academy midfielder Jayvin Van Deventer has been named to the United States U-20 Men’s National Team for a domestic training camp at IMG Academy in Bradenton, Florida, from Jan. 24 to Feb. 2.

Van Deventer, who turned 18 years old on Jan. 1, will represent the U.S. at the U-20 level for the first time as part of a 26-player squad assembled by U.S. U-20 head coach Mikey Varas. The training camp marks a pivotal next step for the U-20 age group as the Americans continue preparation for this summer’s 2022 Concacaf U-20 Championship, which will serve as qualification for the 2023 FIFA U-20 World Cup in Indonesia as well as the 2024 Summer Olympics in Paris.

The U-20s kicked off the 2022-23 cycle last November at the Revelations Cup in Celaya, Mexico, facing off against top competition in Brazil, Colombia and Mexico. The tournament, which saw Sporting Kansas City defender Kayden Pierre make three appearances along the backline, marked the U-20s’ return to action for the first time since Jan. 2020 after the 2020 Concacaf U-20 Championship and 2021 FIFA U-20 World Cup were canceled due to the COVID-19 pandemic.

Van Deventer, a native of Tuscaloosa, Alabama, joined the Sporting KC Academy through the club’s Center of Excellence as a 12-year-old in 2016. The midfielder has risen from the U-12 through U-19 ranks and spent most of 2021 competing with Sporting Kansas City II in the USL Championship. He logged 13 appearances for the club during the 2021 campaign while also featuring regularly for the Sporting KC U-19s under head coach Rumba Munthali.