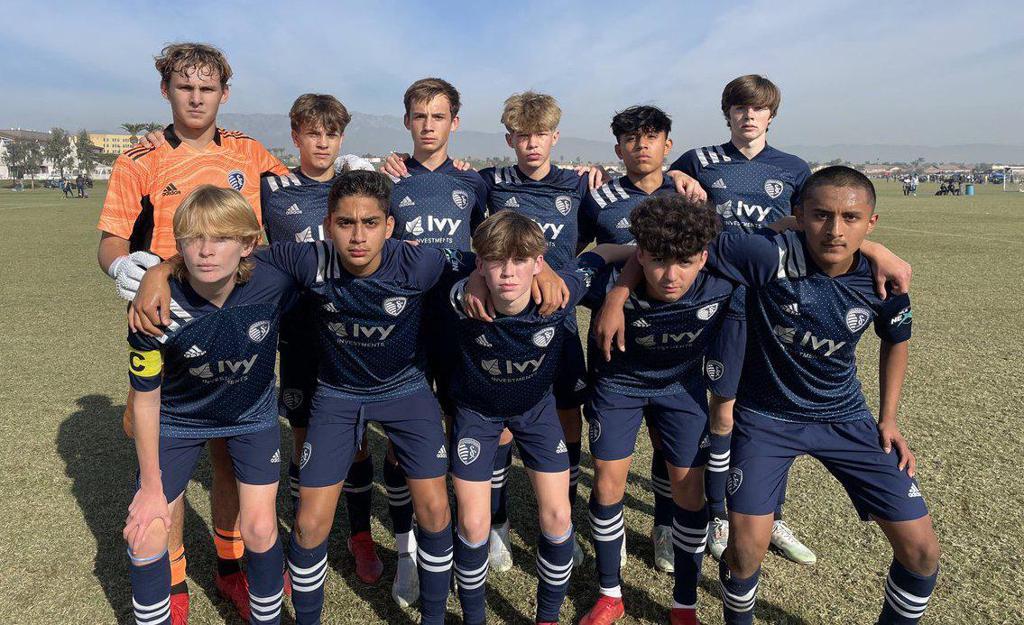 The Sporting KC U-15s won two of three matches at the MLS NEXT Winter Event.

Three Sporting Kansas City Academy clubs have spent the past week in Norco, California, participating in the 2021 MLS NEXT Winter Event, a premier youth competition tied to the inaugural MLS NEXT Fest at Silver Lakes Sports Complex.

MLS NEXT is holding the inaugural MLS NEXT Fest at Silver Lakes Sports Complex in Norco, Calif., Friday, Dec. 3 through Tuesday, Dec. 7.

The five-day event featured over 300 elite youth teams from across the United States and Canada in two different competition categories. The Sporting KC U-19s played three friendly matches as part of the MLS NEXT Fest Showcase, while the Sporting KC U-17s and U-15s were among the several MLS academies competing for seeding in the 2022 Generation adidas Cup.

Defense reigned supreme for head coach Rumba Munthali’s side as the U-19s posted consecutive shutouts in scoreless draws against FC Cincinnati and San Diego-based Nomads. Jack Dean put his name on the scoresheet with a brilliant long-range strike in a hard-fought 2-1 loss to Pennsylvania club FC Delco to close out the showcase.

The U-17s kicked off 2022 Generation adidas Cup qualifying with a pair of narrow defeats to Toronto FC and Real Salt Lake, the latter of which saw Ethan Schaefer find the back of the net. However, head coach Benny Feilhaber’s side ended on a high note by claiming a comprehensive 3-0 win over Nashville SC in their Monday finale.

Led by head coach Chris O’Neal, the U-15s won two of three fixtures in convincing fashion. A 3-1 triumph over Chicago Fire FC on Friday saw Johann Ortiz score two goals—including an absolute wonderstrike from midfield—with Trajan Wormington providing a goal of his own. The following day, Wormington eruped for a hat trick to spark a 4-1 win over D.C. United in which Angel Franco also scored. The U-15s concluded their weekend with a 2-1 loss to San Jose but didn’t go down without a fight as Zane Wantland bagged a second-half equalizer.

The MLS NEXT Fest provided an opportunity for North America’s top youth talent to be seen by college, national team and professional coaches, scouts and evaluators in a singular location. As part of the event, MLS NEXT featured a week of virtual programming for all players, parents, coaches and referees, including a kickoff webinar designed to provide all parents and players in MLS NEXT perspectives on the state of soccer in North America from leading figures, including current MLS head coaches, general managers, and players.