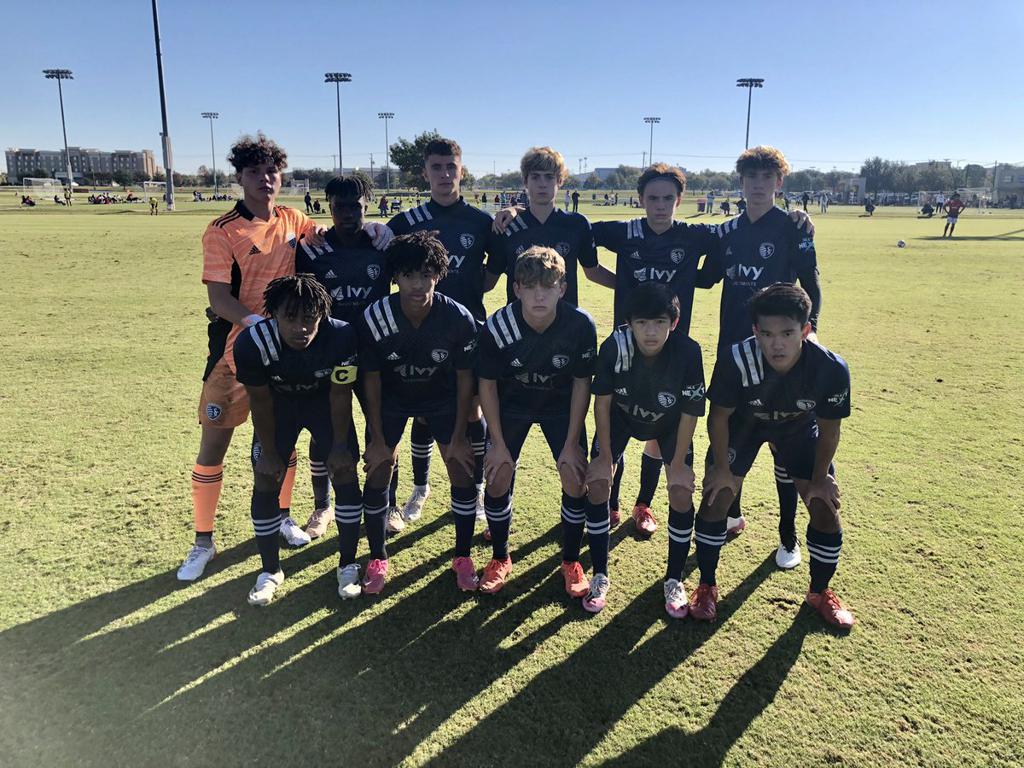 Led by head coach and longtime Sporting Kansas City great Benny Feilhaber, the U-17s hatched their biggest win of the 2021-22 MLS NEXT campaign thanks to resolute defending, a brilliant goalkeeping performance from Carlito Saylon and a ruthless scoring barrage late in the second half.

The U-17s kept FC Dallas at bay for 90 minutes, but the narrative could have unfolded differently if not for Saylon’s excellent display between the posts. The 15-year-old goalkeeper dove at full extension to produce outstanding saves in the 14th and 23rd minutes to keep the game goalless heading into intermission.

Sporting gained a foothold in the second period and landed the all-important breakthrough with 66 minutes on the clock. Guy Michaeli advanced into the attacking third and picked out Thomas Mancuso, who unleashed a 35-yard stunner past the FC Dallas goalkeeper to give his side a precious lead it would not relinquish.

The hosts won a penalty kick with 20 minutes remaining, giving themselves a golden opportunity to level terms, but Saylon saved the spot kick and made a superb reflex stop on the rebound to preserve his clean sheet as Sporting breathed a sigh of relief.

With Dallas committing numbers forward in search of an equalizer, Sporting put the game to bed in the 85th minute. Braxton Arpachinda had his long-range blast parried away, but Michaeli was there to poke home the rebound and give Sporting a 2-0 cushion.

Momentum was well and truly on Sporting’s side, and the proverbial icing on the cake came in the 89th minute. Nico Pendleton whipped a free kick into a crowded penalty area for Ethan Schaefer, who applied the finishing touch for the exclamation point on an emphatic 3-0 triumph.

Three other Sporting Kansas City Academy teams were less successful on Saturday, as the U-19s, U-15s and U-14s all fell to their FC Dallas counterparts. Danny Gutierrez scored for the U-19s in a 3-1 loss, while the Angel Franco struck for the U-15s in a 2-1 defeat. The U-14s lost by a 3-0 scoreline.

Up Next: Rio Grande Valley Toros at Swope Soccer Village

The Sporting Kansas City U-19s, U-17s and U-15s will continue their MLS NEXT campaigns on Saturday, Nov. 13, hosting Texas-based Rio Grande Valley FC Toros at Swope Soccer Village. All three matches are free and open to the public, with the U-19s and U-15s kicking off at 9 a.m. CT followed by the U-17s and 11 a.m. CT. Follow @SKCAcademy on Twitter for live updates on Saturday and throughout the MLS NEXT season.