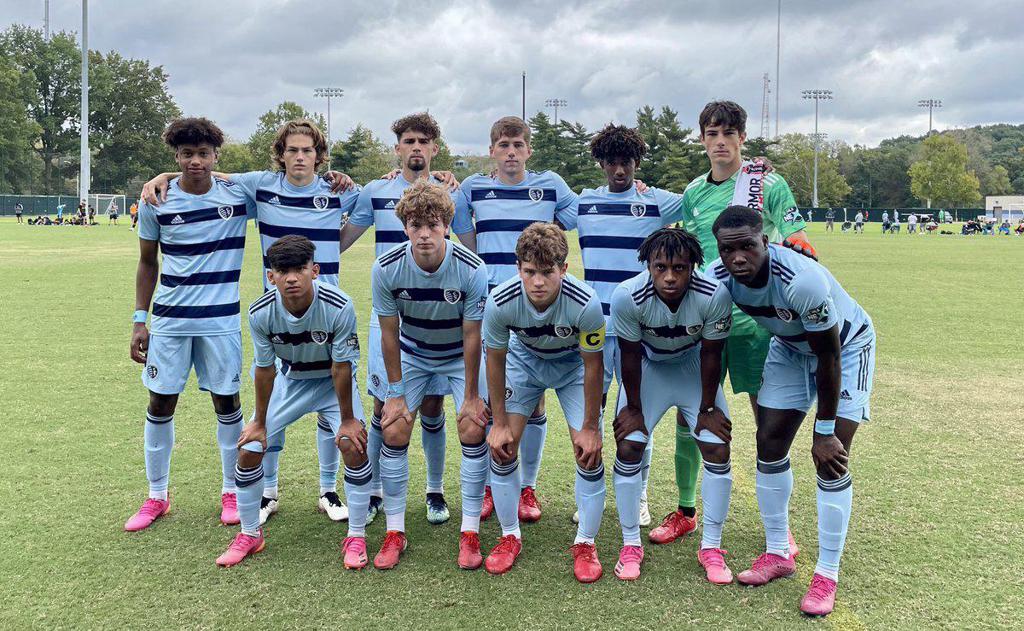 Swope Soccer Village was the setting for an eventful morning of youth soccer on Sunday as the Sporting KC U-19s and U-15s ousted Houston in matches that entertained from beginning to end.

Facing the Dynamo U-23s in a friendly, Sporting's younger U-19 outfit prevailed in a 4-3 thriller. Midfielder Nico Pendleton opened the scoring in the 14th minute on an assist from Alex Umana. After Houston tied the game midway through the first half, 16-year-old Mataeo Bunbury tallied his first of two assists as George Medill gave Sporting a 2-1 lead. Medill then went from scorer to provider on the cusp of halftime, setting up Pendleton for his second goal of the game.

Zahir Dyke bagged Sporting's fourth goal and what ultimately stood as the match-winner in the 68th minute, running onto a Mason Hart through ball before finishing past the Houston goalkeeper. The Dynamo would grab two late consolation goals, but their comeback effort was cut short as head coach Rumba Munthali's side held on for the victory.

Under the guidance of head coach Chris O'Neal, the Sporting KC U-15s went ahead in the 19th minute on a goal from Angel Franco. Houston leveled the score shortly after the second half began and took a one-goal lead of their own at the 48-minute mark.

Sporting needed just four minutes to restore parity, however, as Leo Christiano hammered home off the rebound after Franco's shot was saved. Christiano would prove to be the late hero, too, as his free kick in second-half stoppage time took a deflection before nestling into the back of the net to cement the last-gasp 3-2 triumph.

Sporting fell short of a clean sweep against Houston as the U-17s took a 2-0 loss in a highly competitive game that hung in the balance until the final moments. The Dynamo struck first in the 60th minute and although Sporting committed numbers forward in search of a late leveler, Houston added a second goal on the counter attack in the 96th minute.

Up Next: Two-day road trip this weekend

The Sporting Kansas City Academy will be on the road this weekend as the U-14s, U-15s, U-17s and U-19s play at Texas-based RISE Soccer Club on Saturday, followed by meetings with Louisiana TDP Elite on Sunday. Fans can follow @SKCAcademy on Twitter for in-game updates throughout the MLS NEXT season.