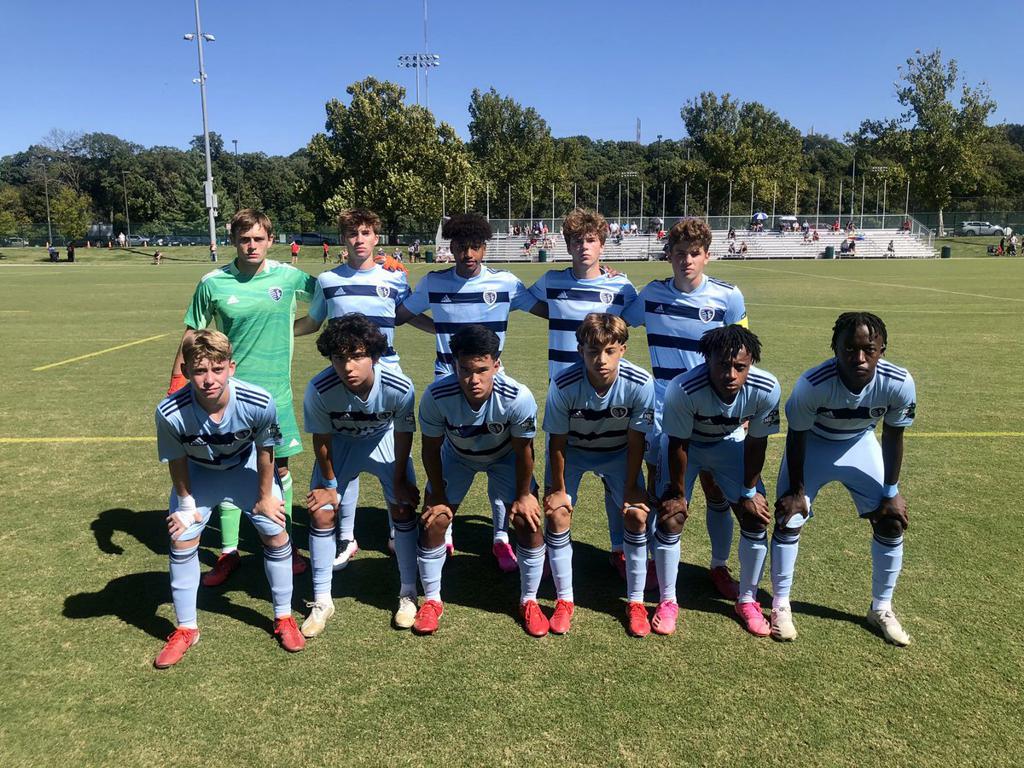 However, the first head-to-head chapter between the sides unfolded Saturday afternoon at sunny Swope Soccer Village when the Sporting Kansas City Academy U-17s, coached by club legend and former midfielder Benny Feilhaber, claimed an impressive 5-1 victory in the MLS NEXT regular season.

St. Louis City SC scored within two minutes of kickoff, but Sporting dominated play from there by sinking five unanswered goals. On the same week he signed an amateur academy contract with Sporting KC II in the USL Championship, forward Mataeo Bunbury—the younger half brother of former Sporting attacker Teal Bunbury and the son of former Kansas City Wizards striker Alex Bunbury—beat his defender along the right wing and squared low for Nicholas Pendleton to restore parity in the eighth minute.

A wild first half continued to simmer as Sporting struck twice more before the 20th minute. Bunbury quickly went from provider to scorer, finishing off a feed from Kelly Kipruto, and added his second goal shortly thereafter on a Matthew Fisher assist.

Bunbury sealed his sensational hat trick in the 33rd, settling a feed from Pendleton, creating a pocket of space and firing home with his left foot.

Sporting's 4-1 advantage stood until the 84th minute as Ryan Reid slid a clever through ball to Ethan Schaefer, who bagged an insurance goal to round out a comprehensive 5-1 triumph.

Up Next: Houston doubleheader

On the same day that Sporting hosts Houston Dynamo FC at Children's Mercy Park, the Sporting KC U-17s and U-15s will resume their MLS NEXT campaign against Houston next Sunday, Oct. 3, at Swope Soccer Village. The U-17s will kick off at 9 a.m. CT and the U-15s are slated to play at 11 a.m. CT, with both matches free and open to the public. Follow @SKCAcademy on Twitter for live updates next Sunday and throughout the season.