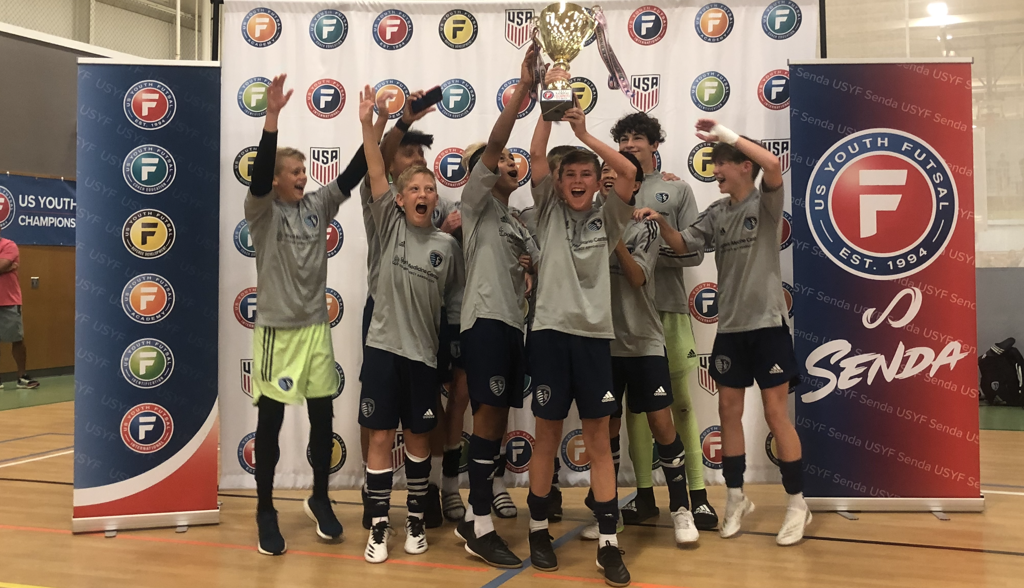 Qualifying for the US Youth Futsal National Championship Series as a Central Regional champion earlier this year, the U-14s notched five consecutive wins over the weekend to claim the national title in impressive fashion.

Sporting kickstarted their tournament campaign with three comfortable victories in the group stage before posting a narrow 5-4 triumph over Alfa Futsal Club, another team from Georgia, in Sunday night’s semifinals. That result set the stage for Monday’s national championship, with Sporting taking full advantage of the opportunity to add to their already illustrious futsal trophy cabinet.

The momentous accomplishment saw Sporting’s U-14 age group go a step further than last year, when they placed second at the 2020 US Youth Futsal National Championship Series. 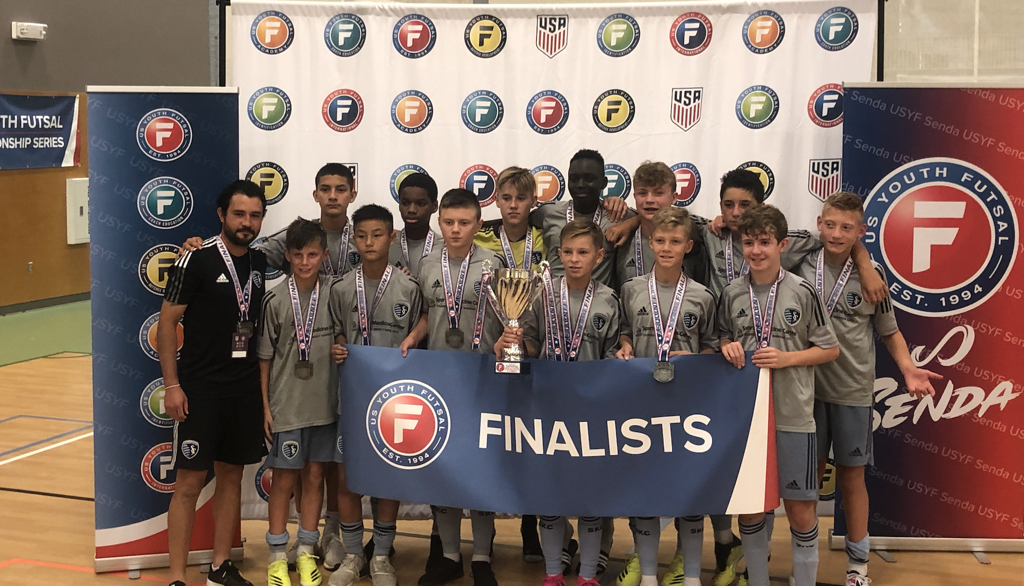 The Sporting KC Academy U-13s nearly secured a second national championship for the club, making an admirable run to the title game and finishing as runners-up. The U-13s ripped through the group stage with three successive wins, outscoring their opponents 38-5 in the process, then claimed a shutout victory over Houston-based Hotshots Futsal in the semifinals. Sporting came up short in a 10-3 decision against South Futsal in the final on Monday afternoon.

The Sporting Kansas City U-12s also competed in the event, collecting a win and two losses during a high-scoring group stage. The winner of Sporting’s group, Orange Futsal Academy, went on to hoist the national title.

The US Youth Futsal Championship Series is the country's largest and most prestigious national youth futsal competition, regarded as the sport’s highest level of play in the nation and attracting top players, coaches and scouts from coast to coast.