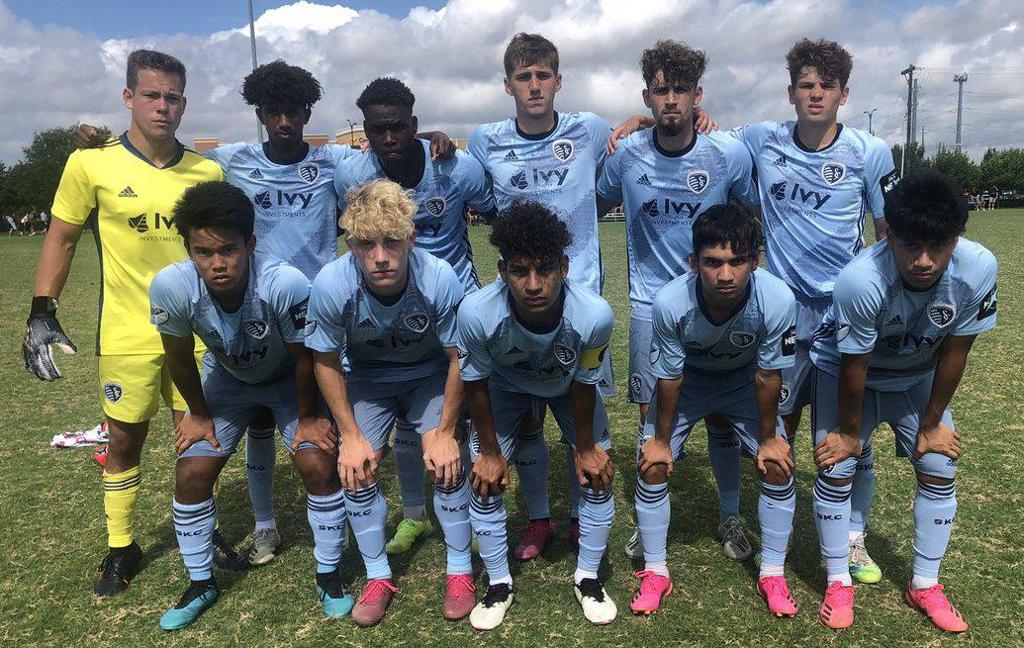 The Sporting Kansas City Academy's 2020-21 season ended Tuesday as the U-19s made an impressive run to the quarterfinals of the inaugural MLS NEXT Cup Playoffs at Toyota Soccer Center in Frisco, Texas.

Following nine months of competition in the MLS NEXT Frontier Division, the Sporting KC Academy sent two teams to the MLS NEXT Cup Playoffs as the U-19s and U-15s qualified for the tournament based on points per game in the regular season. The crowning competition of the year followed a single-elimination format and brought together the top 32 teams in each age group.

Led by head coach Rumba Munthali, the U-19s entered as the 30th overall seed in their age group and opened the tournament with a 1-0 upset win over the third-seeded Boston Bolts on Saturday morning. Goalkeeper Gavin Krenecki stood tall between the posts for the clean sheet and Sporting manufactured the match-winning goal in the 72nd minute. Edward Mendy settled a looping free kick on the wing and delivered a cross that found Alex Umana, who hammered into the back of the net to give his team the victory.

In Sunday night's Round of 16, Sporting knocked off Chicago-based FC United by a 2-1 scoreline in another hard-fought battle. Braxton Arpachinda fired the U-19s ahead in the 39th minute before FC United drew level eight minutes into the second half. Parity was short-lived, however, as Sporting reclaimed their advantage in the 55th minute when Arpachinda assisted Umana for the close-range finish. Munthali's side saw out the result to book their spot in the quarterfinal stage.

U-15s lose in first round but end on high note

Under the guidance of coach Chris O'Neal, the U-15s took a 2-1 loss to D.C. United in the Round of 32 on Friday night. Geremi Onentia's free kick strike tied the game at 1-1 before halftime, but D.C. scored in the 69th minute to seal the win.

The opening-round defeat sent the U-15s into a consolation pool, where they played matches on Sunday and Monday against LA Surf and Orlando City SC. Sporting twice came from behind to earn a 2-2 draw on Sunday against the Surf, receiving a first-half goal from Edin Clark and a 66th-minute tally from Ozonna Ugbaja. The U-15s concluded their season Monday with a resolute 1-0 triumph over Orlando, with Macielo Tschantret bagging the game-winner on Leo Christiano's assist.

The Sporting Kansas City Academy's six teams at the U-12 through U-19 levels will return later this summer and kick off the 2021-22 MLS NEXT season this fall. For the latest updates, follow @SKCAcademy on Twitter and visit SportingKCAcademy.com.