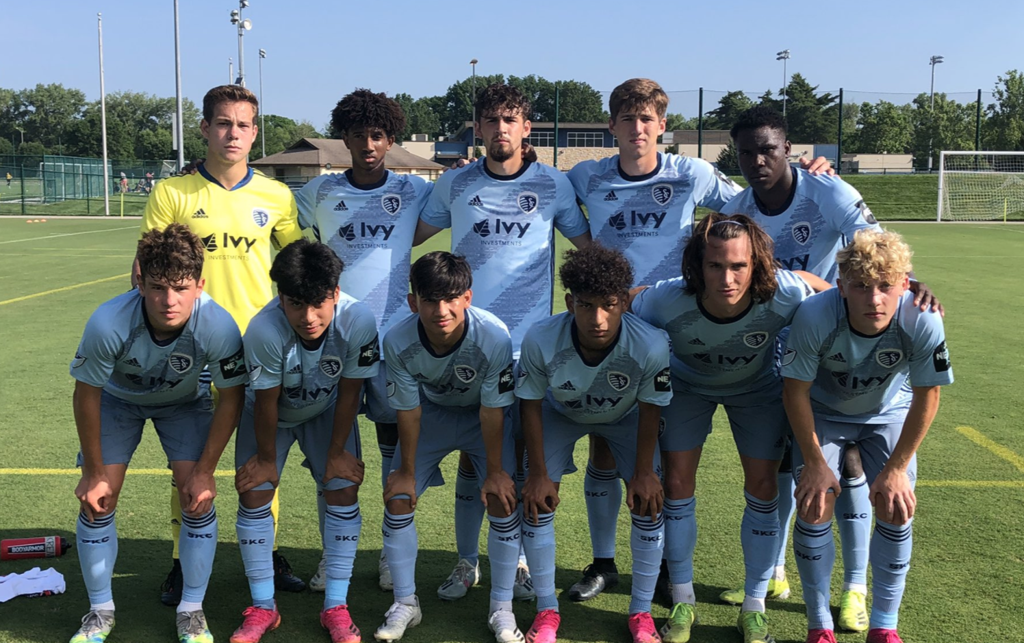 The Sporting Kansas City Academy concluded the 2020-21 MLS NEXT regular season in style, delivering a series of strong performances on Saturday at Swope Soccer Village.

The U-19s (3-4-2) extended their unbeaten run to four matches with a sensational 10-0 victory over Rio Grande Valley FC Toros, while the U-15s (8-2-1) continued their winning ways with an emphatic 5-1 result of their own against RGV.

The Sporting Kansas City U-19s posted a resounding 10-0 win behind five goals and two assists from unplayable midfielder Bailey Sparks, who has spent most of the spring competing with Sporting KC II in the USL Championship. Three other players with professional experience—namely Sporting KC Homegrown midfielder Ozzie Cisneros, Sporting KC II center back Dylan Hooper and SKC II right back Michael Lenis—also etched their names on the scoresheet. An RGV own goal and a late strike from Jack Dean capped the wire-to-wire performance.

The Sporting KC U-17s split the points with RGV in a hard-fought encounter that remained scoreless until the visitors took a 55th-mintue lead. Sporting responded well and drew level on 68 minutes when Braxton Arpachinda played a short corner and whipped an inch-perfect ball to the back post, where Jeremy Sharp was on hand to send a powerful header into the back of the net.

The Sporting KC U-15s improved their record to 8-2-1 on Saturday thanks to another well-rounded display across the board. The hosts took a 36th-minute lead through Geremi Onentia before Luke Reidell buried a penalty kick to double the advantage on the cusp of halftime. Onentia went from scorer to provider in the 47th minute, setting up Ryan Reid for Sporting’s third goal, and although RGV pulled one back near the hour mark, the U-15s enjoyed another spurt late as Reid struck again and Macielo Tschantret added a fifth.

The Sporting KC U-14s battled to a 1-0 win over Texas-based Total Football Club on Saturday, stringing together a miserly defensive performance en route to the clean sheet. The game’s lone goal came in the 36th minute when Anthony Jin poked home a rebound strike after Leo Christiano’s long-range free kick was saved by the goalkeeper.

Up Next: MLS NEXT Cup

Four Sporting Kansas City Academy teams will now prepare for the inaugural MLS NEXT Cup Playoffs and Showcase, which will take place from June 25-July 3 in the Dallas Metroplex to crown MLS NEXT Cup champions in four age groups at U-15, U-16, U-17 and U-19. The top 128 teams in the country will participate in the championship tournament to conclude the first-ever 10-month season.