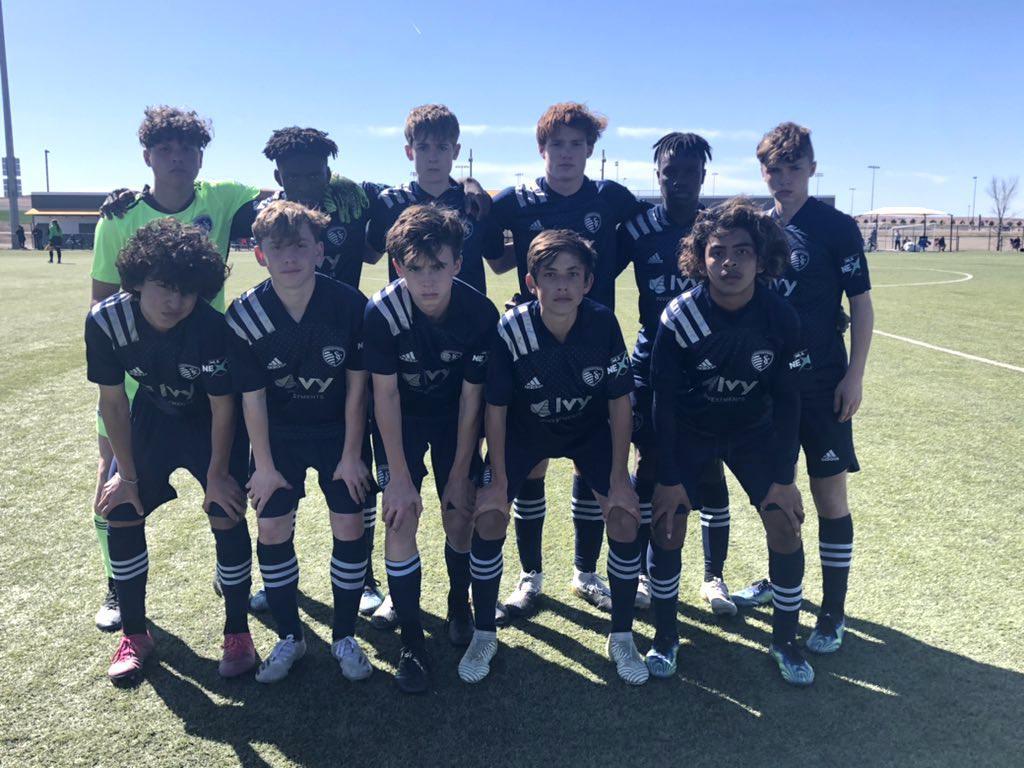 In a weekend that brought mixed results for Sporting, the U-14s and U-15s stole the show with shutout victories Sunday to end the month of March on a high note.

The U-15s improved to 2-1-0 on the season thanks to a comprehensive 3-0 result. Sporting surged ahead in the 39th minute when Edin Clark picked out Luis Agustin Cruz-Ayala, who dribbled into the box and tucked a left-footed shot into the right corner. Cruz-Ayala struck again near the hour mark after Geremi Onentia settled a low cross, carved an opening in the penalty area and set up his teammate. Onentia turned from provider to goal scorer in the 72nd minute, rounding out the victory on a cool finish when Sporting forced a turnover deep in Colorado's territory.

After claiming a 0-0 draw on March 21 against Real Colorado, the U-14s (1-0-1) secured their second straight clean sheet in a game that remained scoreless until the final minute. In a game that saw Miguel Lopez, Leo Christiano and Luis Ortiz ask frequent questions of the Rapids defense, Sporting earned a penalty kick on the cusp of full time. Ortiz made no mistake from the spot, hammering his attempt in off the post to seal all three points.

On Saturday, the U-19s (0-2-1) bagged their first result of the spring campaign with a hard-fought 1-1 draw in which Bailey Sparks buried a 52nd-minute penalty kick. Later that afternoon, the U-17s (0-2-1) slipped to a narrow 2-1 loss despite a successful penalty from Nicholas Pendleton.