Academy coach Rumba Munthali leading the push for diversity, equity and inclusion in MLS NEXT 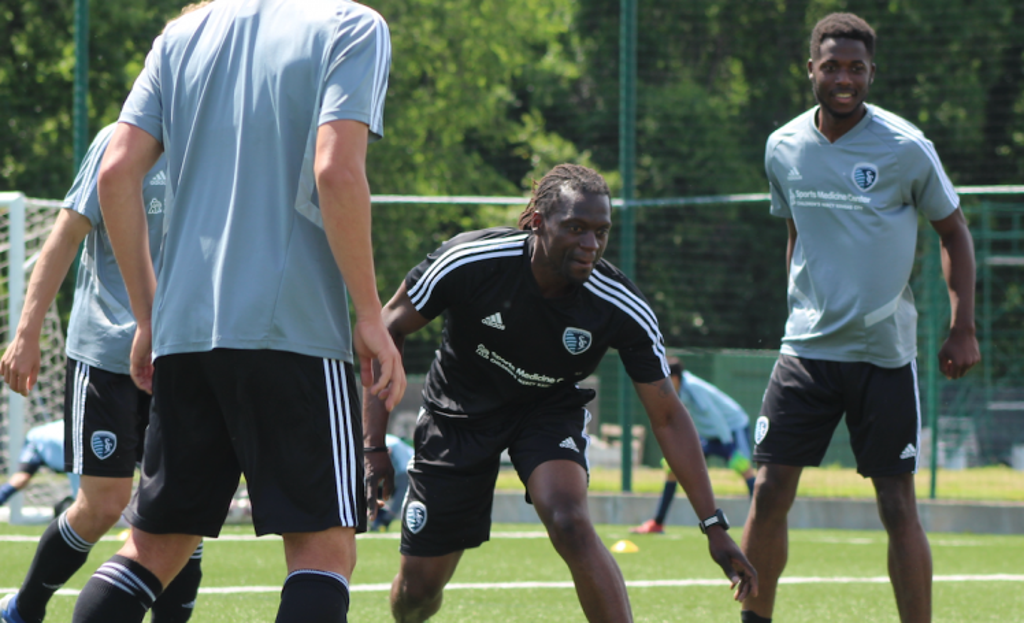 Sporting Kansas City Academy coach Rumba Munthali is at the center of a new committee designed to combat racism, hate and discrimination in MLS NEXT, the youth development platform featuring elite academy clubs from across the country.

MLS NEXT announced today the launch of the Equity Action Committee, a new diversity, equity and inclusion initiative that advocates for social equality in the sport of soccer.

Munthali is one of nine members on the committee, which will guide MLS NEXT to facilitate positive change for a more aware, equitable, just and responsible soccer community.

“Of all of the MLS NEXT academy coaches, there are only 12 Black academy coaches,” Munthali said. “To be on this committee and bring more awareness and light to this issue is really important to me and who I am but also very important for the kids. There is such a diverse group of kids playing soccer that we need to make sure everyone is represented and supported properly. It’s an initiative that I really take to heart.”

Munthali was born in Zambia and spent most of his childhood in Toronto, Canada. He was a successful professional player—competing in Canada, China and the United States—before beginning his coaching career. Now the head coach of the Sporting KC U-17 and U-19 teams, Munthali has seen the club sign 12 Homegrown Players to MLS contracts since his tenure began in 2016.

MLS NEXT will use Munthali as an invaluable resource for creating programs that protect and educate players, coaches and staff, including educational seminars, guided discussions and shared experiences.

“There are a lot of things coming down the pipeline to ensure that we are covering all of our bases and that the MLS NEXT ecosystem has support and everyone feels empowered and represented,” Munthali said. “There are a lot of young men and women who play that would like to speak about this, and the academy is where a lot of them are spending most of their time. It’s a place where they want to feel safe and comfortable and open to expressing the things they go through with their teammates, coaches and clubs.”

Moving forward, the Equity Action Committee will also strive to create a more diverse pool of coaches at the youth and professional levels.

“Growing up as a kid, I didn’t see too many Black coaches,” he said. “You don’t see too many Black coaches at the professional level or at the elite coaching levels in youth soccer, so it’s not something you (as a Black person) necessarily think you can do. For the kids, it’s great to see coaches who look like you. It’s a clear connection you can build. That goes for not just Blacks—it could be Hispanic, it could be Asian, it could be female. I think there needs to be more representation so that kids think (coaching) is actually attainable.”

In youth and professional coaching circles—and across all sports—Munthali believes the lack of representation stems from longstanding biases that individuals attach to players of color.

“The way that you’re viewed and represented isn’t necessarily cerebral and intelligent, it’s athletic and natural talent,” he said. “Those aren’t necessarily things that correlate to being a coach. It’s the way that we see Black and minority players within our space that has to change first before we start to change the mindset that players can become coaches. Part of the learning (process) is making sure we’re conscious of our biases and the way that we’re perceiving people—seeing people for the total package and not just for their color.”

Munthali pointed out that the pandemic of the last 12 months has given more people time to concentrate on racial issues in society. This has translated into a greater sense of urgency to evoke change and curb the pain and suffering experienced by several marginalized groups.

“It’s caused organizations, companies and leagues to really take a look at themselves and see their deficiencies,” he said. “That push has caused us to have a greater emphasis and concentration on rectifying things.”

He continued: “We really want to make sure that we leave the next generation of kids who will be MLS players, coaches, associates and fans more equipped to speak about this and be more aware of the race issue—to make sure they have a more positive (experience) growing up and within society.”