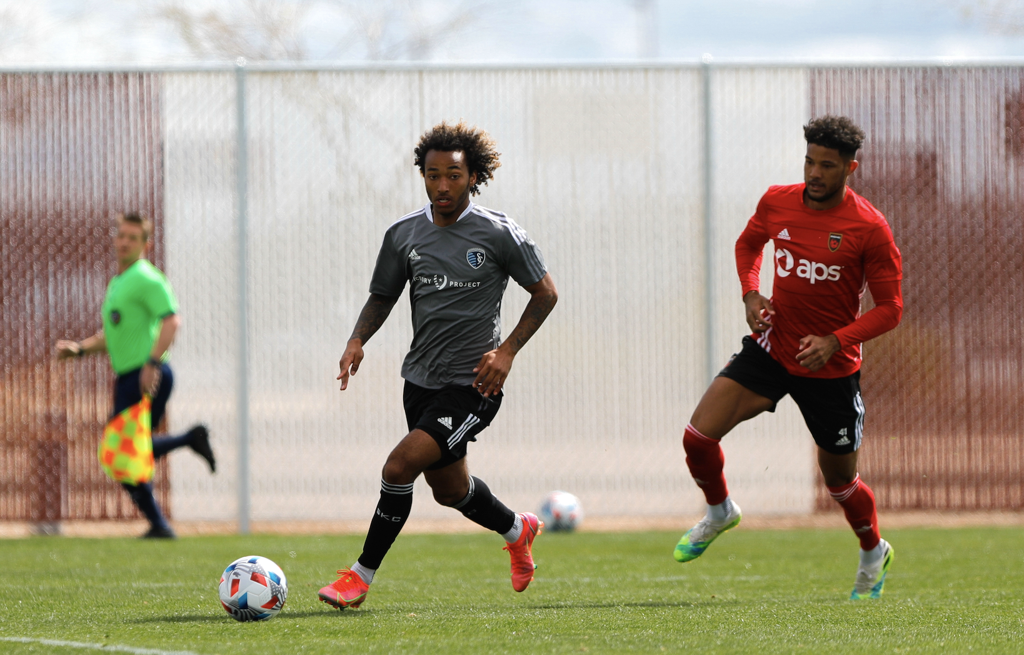 Sporting Kansas City’s 4-0 preseason win over Phoenix Rising FC had a distinct Academy flair to it.

Taking the field at Wild Horse Pass in Chandler, Arizona, for the first match of the 2021 preseason presented by Children’s Mercy, Sporting saw a slew of its heralded Academy products assume leading roles in the wire-to-wire victory.

In a game that was split into three 30-minute periods, Sporting did early damage thanks to the clinical finishing of Harris, the 21-year-old hat trick hero. The former Academy star showcased his imperious appetite for goals, scoring three by the 33rd minute with his final tally assisted by Davis.

“He’s very deadly in and around the box,” Vermes said of Harris after the match. “He always finds chances for himself and puts himself in good spots. I always say this: the bottom line is that if you’re on the field when the team wins, that bodes well for you to be available for selection the next time around. Everyone did themselves a positive one today.”

The other goal came courtesy of Busio, Sporting’s freshly minted No. 10 who plied his trade in the Academy before jumping to MLS as a 15-year-old in 2017.

In addition to providing all four goals on Saturday, Sporting’s Academy contingent also contributed to a well-earned clean sheet. Duke, Davis and Pierre were among the small pool of players to log 60 minutes, with Pierre drawing particular praise from Vermes after the game.

Sporting will continue training at Wild Horse Pass in the coming days before traveling to Tucson next Saturday for a matchup with fellow MLS club Colorado Rapids at Kino North Complex. Kickoff is slated for 5 p.m. CT with live updates available on Twitter at @SKCMatchday.