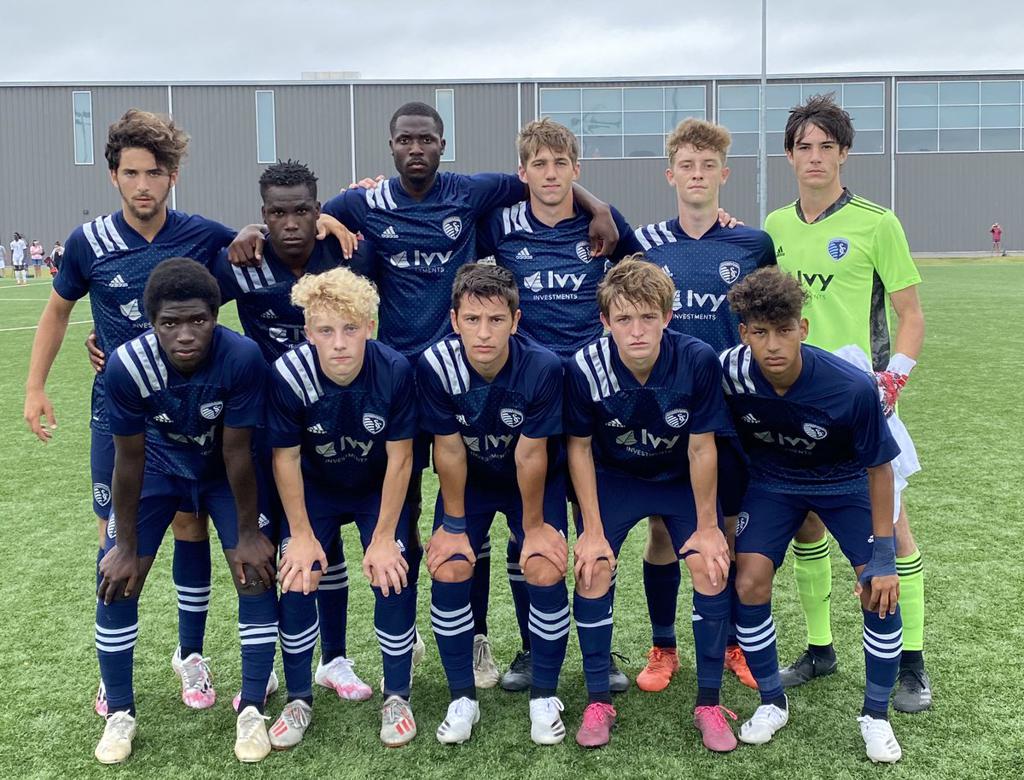 The U-19s and U-16s rolled to comprehensive victories, the U-17s were pegged back late in a 1-0 loss, and the U-15s remained resolute on the defensive end in a scoreless stalemate.

The Sporting KC U-19s improved to 3-1-0 on the season, but not before falling behind in the fourth minute. Shattuck's lead didn't last long, however, as Alex Umana bagged an eight-minute equalizer on Edward Mendy's assist. Umana notched his second of the day in the 12th minute, capping a frantic opening quarter-hour.

The scoreline remained 2-1 until the 69th minute, when a Shattuck own goal doubled Sporting's advantage. U.S. youth international Ozzie Cisneros added icing to the cake with a strike in second-half stoppage time, with Quinten Blair entering the assist column.

After opening the campaign with consecutive wins, the Sporting KC U-17s took their first loss in MLS NEXT by the slimmest of margins. The contest remained goalless until the 88th minute, when Shattuck managed to find a breakthrough and come away with a 1-0 result.

The Sporting KC U-16s kept their unbeaten record in tact on Saturday, moving to 3-0-1 with a three-goal victory. Ryan Reid and Geremi Onentia were among the scorers, the latter burying a penalty kick in the 88th minute to seal the three points.

Following in the footsteps of the U-16s, the Sporting KC U-15s took their record to 3-0-1 in a scoreless stalemate. This marks the fourth consecutive clean sheet for the U-15s to begin the MLS NEXT fall season.

Up Next: Real Colorado in Hays

Six Sporting Kansas City Academy teams will continue their MLS NEXT campaigns next weekend, facing Real Colorado across two days of action at Fort Hays State Soccer Stadium in Hays, Kansas. The U-19s, U-17s and U-15s will square off on Saturday, Oct. 10, while the U-16s, U-14s and U-13s will take the field on Sunday, Oct. 11. Follow @SKCAcademy on Twitter for live updates all weekend long and throughout the fall season.

For more information about MLS NEXT, the new youth league featuring the top youth academies from across the country, visit MLSsoccer.com/mlsnext.