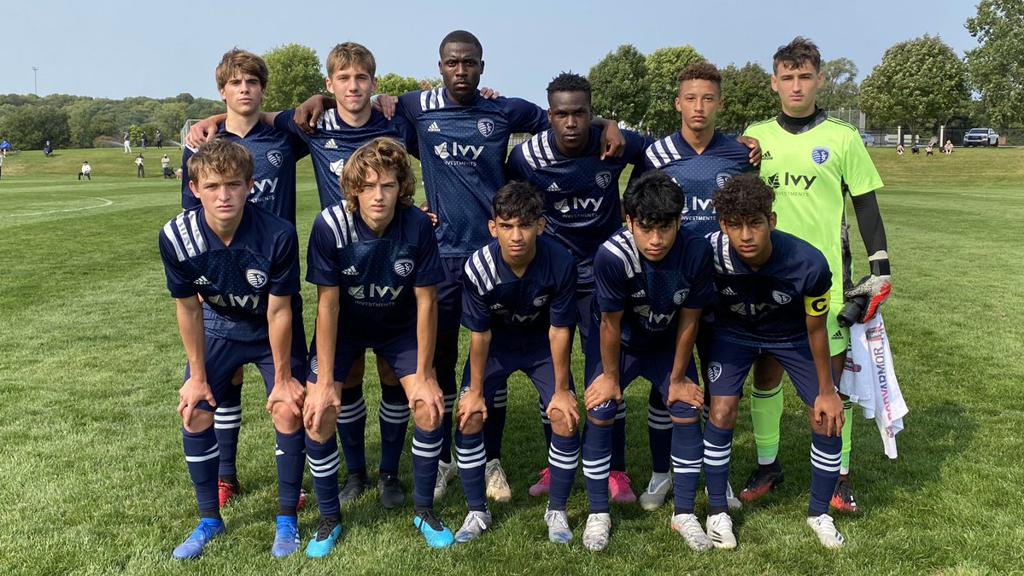 The second weekend of MLS NEXT saw the Sporting Kansas City Academy post three wins and a draw against Minnesota-based Shattuck-St. Mary’s on Saturday at Iowa Western Community College in Council Bluffs, Iowa.

Competing in the newly formed youth league launched by Major League Soccer, the Sporting KC U-19s posted their second straight 1-0 victory to open the new season. They were joined in the win column by the rampant U-17s and U-15s, while the U-16s battled to a draw.

Seven days after knocking off cross-state rivals Saint Louis FC by a 1-0 scoreline at Swope Soccer Village, the U-19s replicated the feat against Shattuck on Iowa soil. Goalkeeper Tommy Williams played a key role in the clean sheet as head coach Rumba Munthali’s side pushed its shutout streak to 180 minutes to start the MLS NEXT campaign.

The goal-scoring breakthrough came in the 62nd minute when Edward Mendy, who entered as a second-half substitute, squared a ball across the face of goal for Clarence Weah to steer into the back of the net.

U-17s off to winning start

The Sporting KC U-17s were off last weekend and kicked off their MLS NEXT season in style, claiming a 4-0 win with two goals on either side of halftime. George Medill opened the scoring after seven minutes on an assist from Braxton Arpachinda, and Manuel Romero set up Nicholas Pendleton to double the lead on the stroke of intermission.

In the 72nd minute, Kelly Kipruto latched onto a Jack Lucas cross to make it 3-0. Lucas added another assist with two minutes to go as Jayvin Van Deventer rounded out the scoring.

After topping Saint Louis FC 1-0 last weekend, the Sporting KC U-16s settled for a 1-1 stalemate this time around against Shattuck. The U-15s then took the field for the fourth and final match of the afternoon and cruised to a 3-0 triumph to follow in step with the U-19s and improve to 2-0-0.

Up Next: Seven versus Solar SC

Sporting’s MLS NEXT fall season will resume next Sunday, Sept. 27, with a whopping seven games against Dallas-based Solar SC. All matches will take place at Titan Sports and Performance Center in Tulsa, Oklahoma, with the U-19s, U-17s, U-16s, U-15s, U-14s and U-13s and U-12s all competing. Follow @SKCAcademy on Twitter for updates and visit MLSsoccer.com/MLSNEXT for more information about North America’s premiere youth soccer platform.