Academy kicks off MLS NEXT with wins over Saint Louis FC 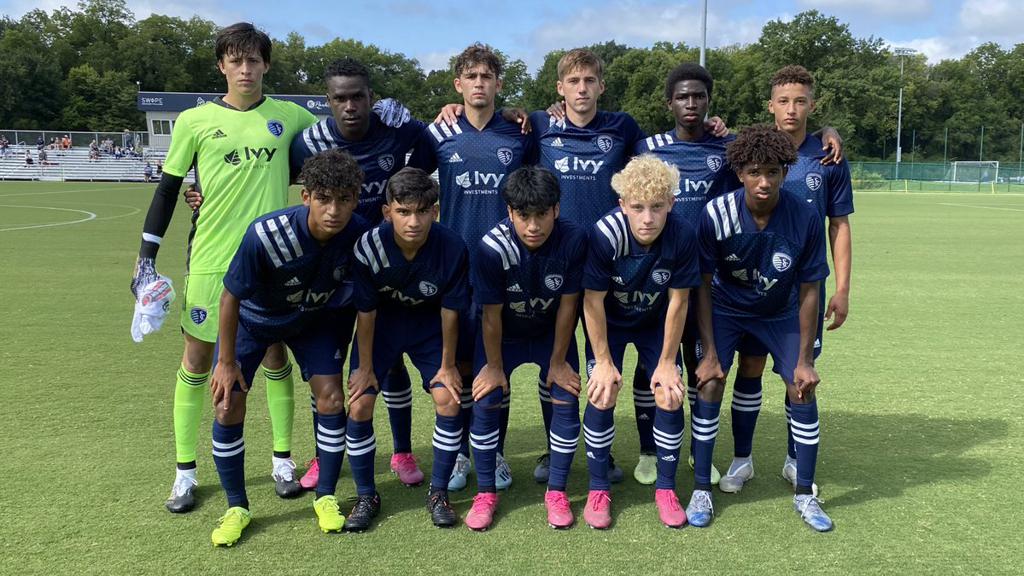 The Sporting Kansas City Academy kicked off a momentous new chapter on Saturday as five teams took the field at Swope Soccer Village for their inaugural matches in MLS NEXT, a new elite youth development platform created by Major League Soccer in collaboration with the best youth academies in the U.S. and Canada.

Consisting of 489 teams across 113 clubs, the new platform launched Saturday and Sunday with matches from coast to coast. The Sporting Kansas City Academy opened its fall season against cross-state rivals Saint Louis FC, with the U-19s, U-16s and U-15s all posting 1-0 victories.

After the Sporting KC U-12s and U-13s returned to action last month in the new Sporting Development League, Saturday marked the first competitive action for Sporting's U-19, U-16 and U-15 sides since the COVID-19 pandemic suspended play in March.

Featuring six age groups (U-13, U-14, U-15, U-16, U-17 and U-19), MLS NEXT competition will highlight local rivalries like the one on display Saturday at Swope Soccer Village. The schedule is designed to eliminate air travel and overnight trips, with select matches to be played at neutral sites in geographically centered locations. The MLS NEXT fall 2020 competition schedule will be created and announced in four-week phases in order to adjust to evolving health and safety recommendations.

Four Sporting KC Academy teams are scheduled to resume their MLS NEXT campaigns this Saturday against Minnesota-based Shattuck-St. Mary's at Iowa Western Community College in Council Bluffs, Iowa. The U-19s will kick off at 11 a.m. CT, followed by the U-17s at 1 p.m., the U-16s at 3 p.m. and the U-15s at 5 p.m.

The emergence of MLS NEXT comes at an exciting time for the Sporting KC Academy, which is the subject of a new documentary series from Bleacher Report and Audi called "THE ACADEMY." The five-episode series will provide a detailed look at tactical meetings, training sessions, competitive matches and how Sporting has managed a challenging transition during the COVID-19 pandemic. To watch episode 1, click here.