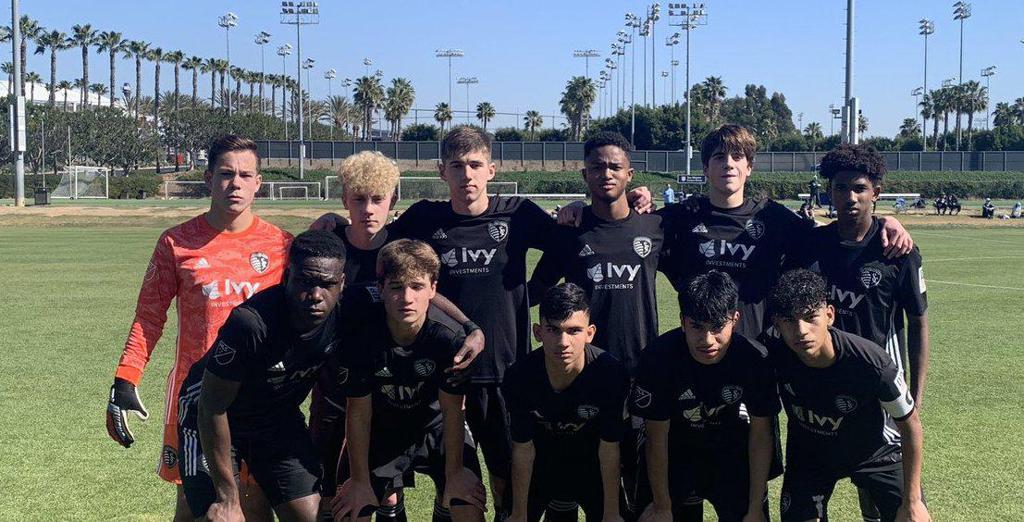 After playing their first three qualifying matches last fall at Swope Soccer Village in Kansas City, the U-17s and U-15s took the field for another series of games against fellow MLS academies from across the country.

The Sporting KC U-17s enjoyed a strong start on Friday, defeating Minnesota United FC by 3-0 scoreline with a brace from Rokus Pukstas and an Osvaldo Cisneros strike. Subsequent losses to Chicago Fire FC and Seattle Sounders FC resulted in a fifth-place finish for Sporting in Group B. Having placed fifth, the U-17s will now compete in Division 3 of the main 2020 Generation adidas Cup tournament in April in Frisco, Texas.

The U-15s fell to Minnesota, Chicago and Seattle, falling short of first place in Group B. Only the group stage winners at the U-15 age level will advance to the crowning Generation adidas Cup competition in Frisco in April.

With Generation adidas Cup qualifying complete, the Sporting KC U-19s, U-17s and U-15s will travel to Dallas this coming weekend for the resumption of the 2019-20 U.S. Soccer Development Academy regular season, meeting Solar SC on Saturday and FC Dallas on Sunday. Both tripleheaders will see the U-15s take the field at 9 a.m. CT, followed by the U-17s at 11 a.m. CT and the U-19s at 1 p.m. CT. Follow @SKCAcademy on Twitter for live updates throughout the weekend.