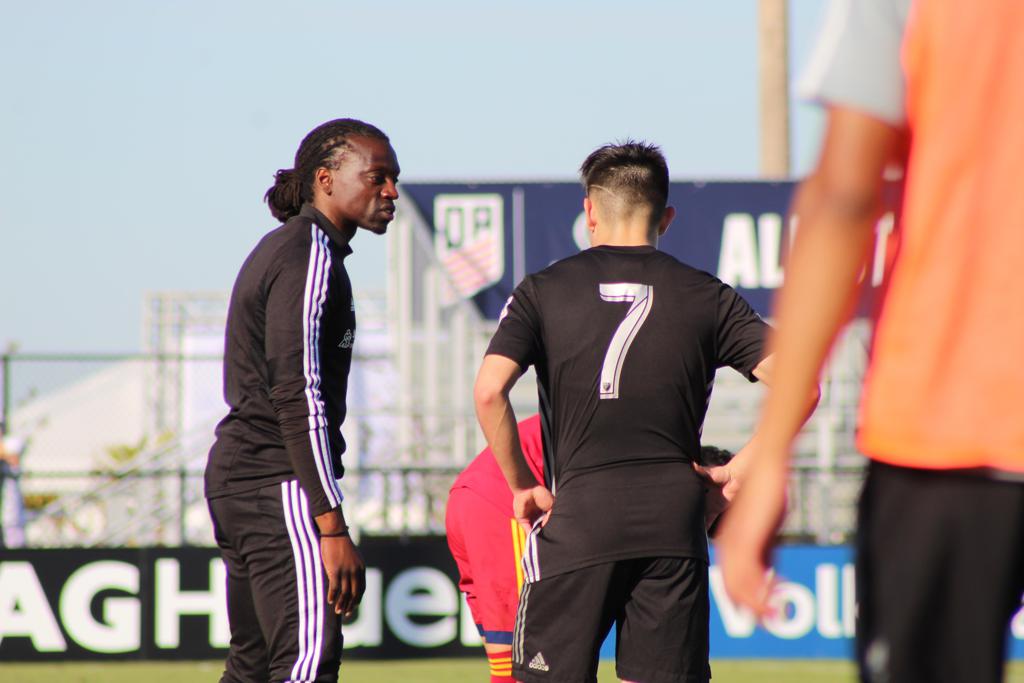 The Sporting Kansas City Academy U-17s and U-19s ended the fall portion of their 2019-20 season last week in Bradenton, Florida, competing at Premier Sports Campus against other premier academy teams from across the country.

The U-17s went unbeaten over three matches to finish atop Group H of the DA Winter Cup, punching their ticket to the Spring Championship phase of the inaugural DA Cup next year.

The U-19s also enjoyed a three-game unbeaten run, winning twice and drawing once in a series of Winter Showcase friendlies.

To recap the momentous week, we caught up with Sporting KC U-17/19 Head Coach Rumba Munthali, who shared his thoughts on the positive performances.

Munthali on the U-19s

"Overall, the DA Showcase and DA Cup was a great event for us. It was a great opportunity for the kids to not only showcase their talents, but also apply concepts from training in a meaningful game situation.

“Our U-19s started off with a 0-0 draw versus Atlanta United. We controlled the tempo and controlled the ball from start to finish, but we were unlucky not to be clinical in front of goal. We did well to maintain a clean sheet, which showed our commitment to defend. This was a great opportunity for our U-19s to test themselves against an Atlanta team that brought their Academy-eligible USL players. I thought our kids were very much up to the challenge.

“They continued the tournament with a game versus Sacramento Republic. In this game, we were much more clinical, scored two more goals and got a well-deserved victory.

“The U-19s concluded the DA Showcase with a game against D.C. United. From the first whistle, they controlled the game with meaningful possession and created a lot of chances, eventually winning 3-0. Defensively, the commitment to not give up chances resulted in their sixth clean sheet in 12 games.”

Munthali on the U-17s

"The U-17s had a very positive tournament experience, as well. They overcame some adversity, persevered and won their group.

“The first game ended in a 2-2 draw with Baltimore Armour. Leading the game 2-1, we gave up a goal and injury time. This was a great learning experience in game management. Fighting back from an early penalty we conceded, it was great to see their composure and ability to play our style of soccer in order to get a result.

“In our second game versus Real Salt Lake, the boys showed great resilience and resolve to play against a very good team on back-to-back days and get a good result while showing the quality they have individually and collectively. After missing some very good chances, we ended playing up two men. RSL received two red cards in the last 10 minutes, but we couldn’t find the go-ahead goal.

“In the last game, our play started out very, very well. We were going to goal in the first 10 minutes and missed a penalty kick at the 20-minute mark, but eventually scored three goals in the game that pushed us through to first place in the group with a 3-1 win. The hard work, determination and commitment to get quality repetitions allowed us to have a very good tournament.”

Gallery: The best Academy photos of the 2019 fall season