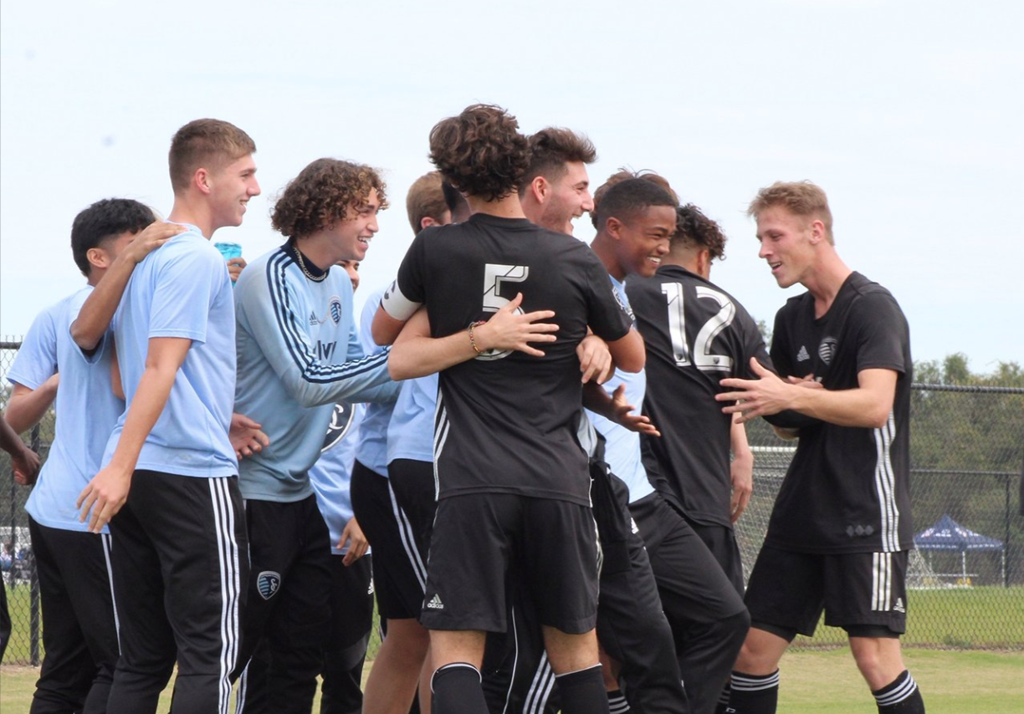 The Sporting Kansas City Academy U-19s ended the fall portion of the 2019-20 Development Academy season on a high note, earning two wins and a draw in three friendly matches this week in Bradenton, Florida.

Led by head coach Rumba Munthali, the U-19s were one of three Sporting KC Academy teams in action at Premier Sports Campus as the inaugural DA Winter Cup took place in conjunction with several warm-weather friendlies between academy clubs from across the United States.

The U-19s fell short of qualifying for the DA Winter Cup after placing fourth in the Fall Group Stage. Instead, Sporting’s year-end trip to Florida was highlighted by friendlies against Atlanta United FC on Wednesday, Sacramento Republic FC on Thursday and D.C. United on Saturday.

Sporting kicked off their busy week with a scoreless stalemate versus Atlanta that saw goalkeeper Max Trejo claim a well-earned clean sheet. Jake Davis nearly opened the scoring on the hour mark with a sweetly struck free kick, only to be denied by the sprawling Atlanta goalkeeper.

“In our first game against Atlanta, we played very well together,” defender Brandt Betts said. “We Missed some opportunities that we should have finished but overall played very well as a team. We talked with Rumba about representing ourselves and the. Club well this week in all three games. We had a lot of positive moments after the Atlanta game because we wanted to win and score goals.” 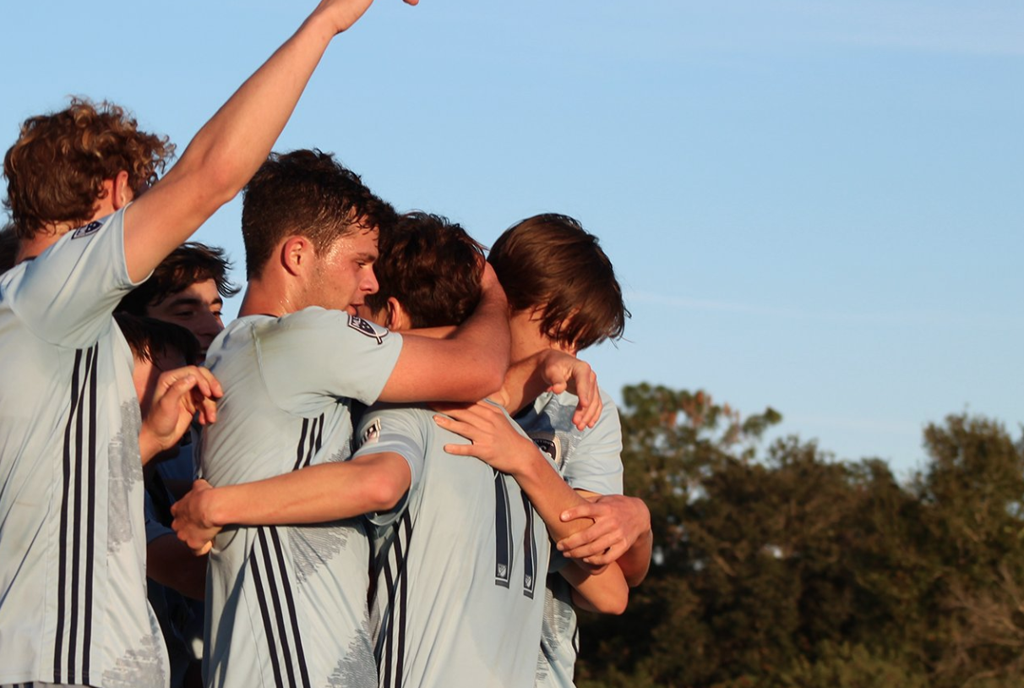 A delicately poised battle against Sacramento remained scoreless until the 65th minute when Josh Chong turned the game on its head. The midfielder beat three Republic defenders on a dazzling solo run before slotting past the goalkeeper to make the score 1-0. Chong wasn’t finished, as he doubled Sporting’s advantage just 12 minutes later on a precise shot that nestled into the corner.

Chong’s second tally ultimately stood as the game-winner, as Sacramento would grab a goal back in the final minute of normal time.

“We figured them out second half and were able to go forward much more on both sides, left and right, which made us even more dangerous,” Chong said after bagging his brace. “My mindset going into the game was the same: I want to make the defenders dread me. The team played exceptionally well, and with two goals on top of that, I am satisfied with the result.”

Sporting ended the weekend with an emphatic 3-0 defeat of D.C. United. Arnold Castillo landed the first punch on 35 minutes, settling a pass from Enzo Mauriz and hammering a shot off the post and into the net.

Davis made it 2-0 early in the second half with a cool finish on the breakaway, effectively sealing the victory with Kaveh Rad picking up the assist.

“We were up 1-0 at halftime and Rumba told us all just to calm down and the goals will come,” Rad said. “For the second goal, I played a long ball over the top and Jake calmly slotted it home. Overall, I thought this game was a great way to wrap up the fall season.

Sporting weren’t done, however, and added icing to the cake in the 89th minute when Mauriz hammered home for his team’s third goal of the day. Goalkeepers Trejo and Tommy Williams combined for the shutout between the posts.

“We went into the game with the mindset of finishing of the fall season on the right foot,” Mauriz said. “We had worked so hard and we wanted to come together as a family and get a win. Before the game, Rumba was telling us to stay calm and composed but to come out with lots of energy. He wanted us to leave everything on the field, and we definitely did.”

Added Davis, “The goal for today was to have a consistent 90 minutes, and I think we accomplished that for the most part. There were a couple spells when we lost control, but we managed to keep a clean sheet and also score three goals. I was happy with my game and it felt good to score a goal, but I think I am happier that we ended the season on a good note.” 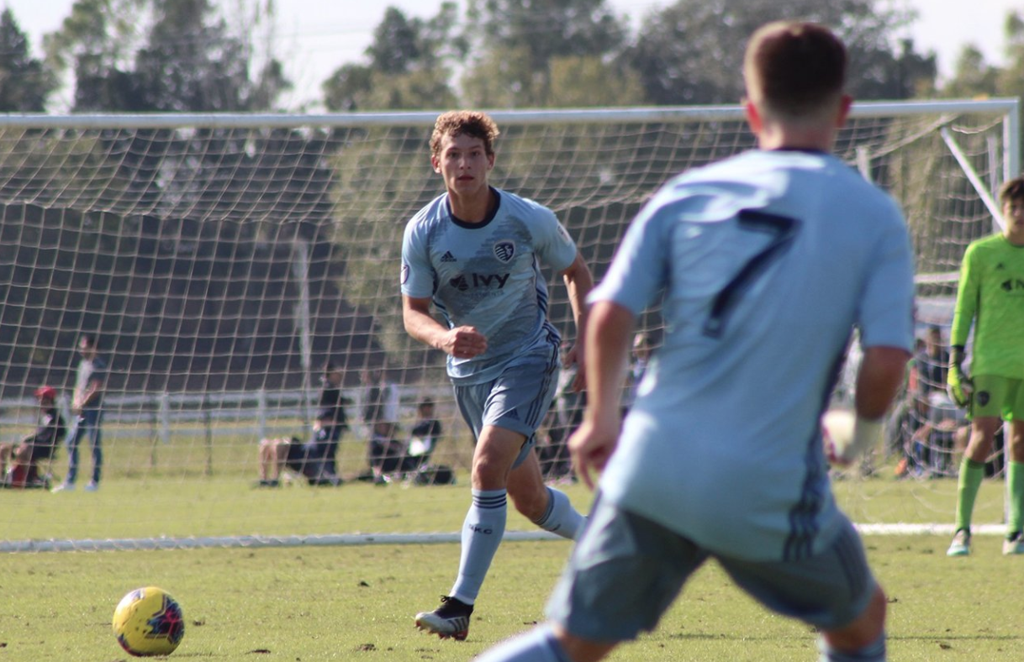