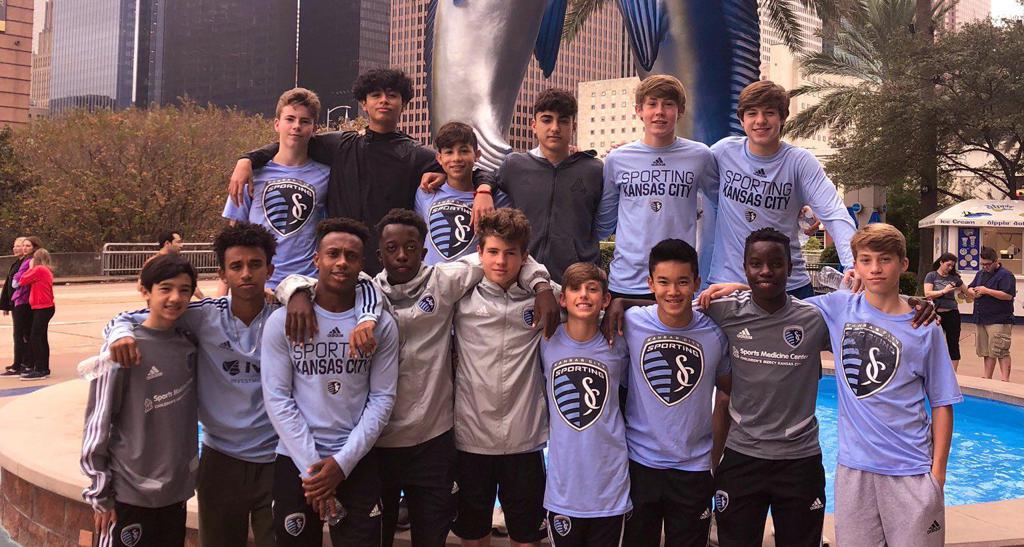 The Sporting KC U-13s, U-14s and U-15s all delivered solid performances at the prestigious youth tournament, which featured some of the top professional and amateur youth academies from the United States and Mexico.

Led by head coach Declan Jogi, the U-14s led the way with an impressive second-place finish that produced five wins. Sporting were stout defensively en route to four shutout victories in the group stage, then thrashed San Antonio FC by a 6-2 scoreline in the semifinals before taking a 3-0 loss to FC Dallas in the tournament championship. Ryan Reid was formally recognized for his standout contributions throughout the competition, landing Copa Rayados Internacional MVP honors at the U-14 level.

Under the guidance of head coach Chris O'Neal, the U-15s were also brilliant along the backline throughout the four-game group stage. Sporting finished second in their group with a 2-0-2 record, securing four straight clean sheets in the process, to book a spot in the Silver consolation bracket. A narrow 2-1 defeat to Rio Grande Valley FC Toros in the Silver semifinal denied the U-15s their shot at a trophy.

The Sporting Kansas City U-12s were also in action over the weekend, traveling to Atlanta for the 2019 Generation adidas Cup. Sporting's tournament campaign was highlighted by a 1-0 victory over Inter Miami CF, which came between group stage defeats to New York City FC and the Chicago Fire. A third-place finish in Group C saw the U-12s fall short of the knockout rounds.

Next Up: U-17s set for DA Cup in Florida