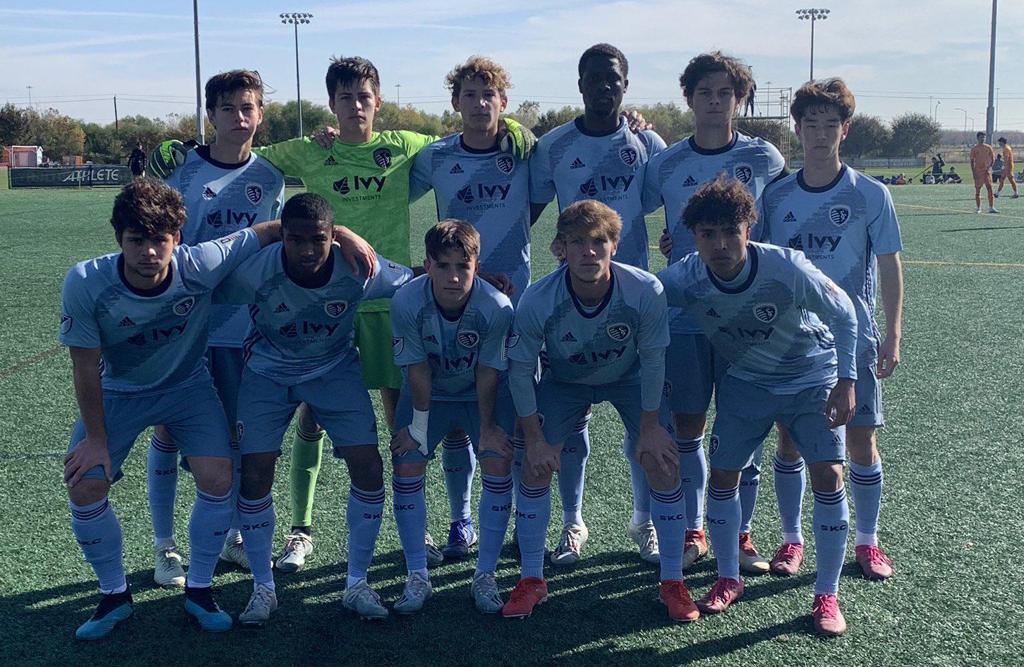 Led by head coach Rumba Munthali, the Sporting KC U-19s came from behind twice in a delicately poised battle before striking late to complete the fightback. Second-half goals from Josh Chong, Clarence Weah and Enzo Mauriz helped Sporting emerge with all three points in the team’s final regular season fixture of 2019.

A back-and-forth affair between Academy rivals saw the Dynamo surge ahead in the 15th minute, but Sporting responded well and nearly leveled terms three minutes later when Chong’s piledriver was turned away by the outstretched Houston goalkeeper. The visitors were then denied by the woodwork on the brink of intermission as Mauriz settled the ball off a deflection and smacked a shot off the woodwork.

Sporting grabbed a deserved equalizer two minutes into the second period when Chong tapped home from close range off a brilliant, low cross courtesy of Arnold Castillo. Parity lasted just three minutes, however, as Houston quickly went back ahead to make the score 2-1.

Castillo would notch his second assist of the day in the 58th minute, combining neatly with Weah before the latter slotted a left-footed effort into the back of the net to draw Sporting level once more.

“The game was pretty intense, but we played like a family and managed to get the win,” Castillo said postgame. “We came into the second half hungry to score. On my first assist, I got the ball, dribbled past the defender and saw Josh (Chong) running toward goal. I just whipped it and he finished it well. I was very happy because we were down for a lot of the game, but that gave us more energy to keep fighting.”

With momentum on their side, Sporting conjured the game-winner in the 72nd minute. A wave of pressure resulted in a chance for Mauriz, and the forward made no mistake by chesting the ball down and rifling just inside the far post.

“I thought the team battled adversity really well when we went down in the game,” Mauriz said. “We fought hard and together to come back and get the win. On my goal, it happened really fast. A cross came in and it got deflected and came right to me. I brought it down and struck it with my right foot. I was just happy to get a goal and help the team get a victory.”

Up Next: Holiday Tournaments Abound

A busy holiday period beckons for all six Sporting KC Academy teams at the U-12 through U-19 levels. The U-13s, U-14s and U-15s will spend Thanksgiving in Houston, competing at the annual Copa Rayados tournament from Nov. 27 to Dec. 1, while the U-12s will travel to Atlanta for the Generation adidas Cup from Nov. 29 to Dec. 1.