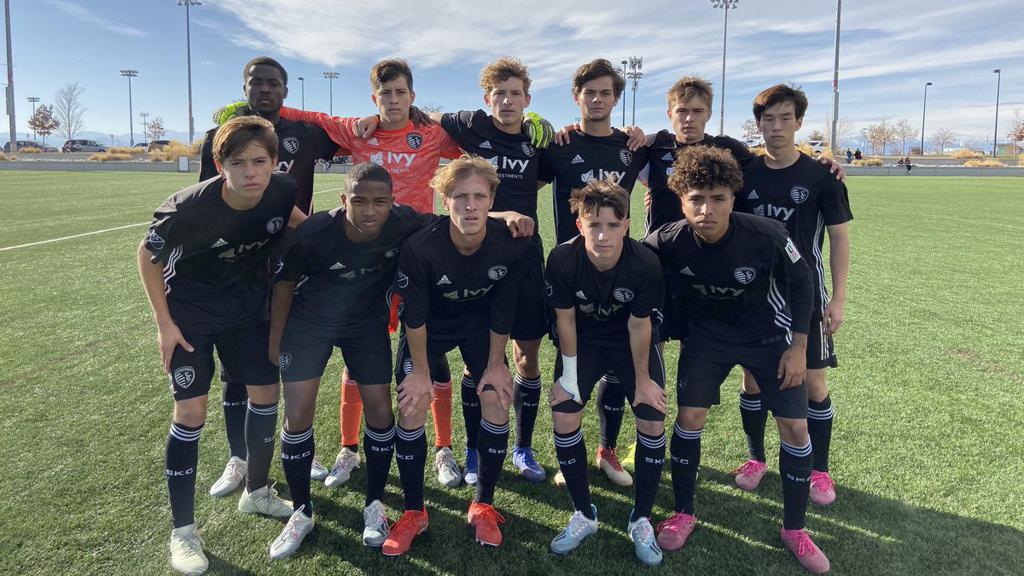 A busy weekend for the Sporting Kansas City Academy saw six teams travel west for matches in Colorado, headlined by U.S. Soccer Development Academy tripleheaders between Sporting’s U-15, U-17 and U-19 sides against Real Colorado and the Colorado Rapids, respectively.

Sporting experienced mixed results in Friday’s games versus Real Colorado at Highlands Heritage Regional Park in Highlands Ranch, with the U-12s, U-13s and U-14s facing the same opponent on Saturday.

The U-12s, U-13s and U-14s joined a day full of action on Sunday as half a dozen matchups with the Rapids unfolded at Dick’s Sporting Goods Park in Commerce City.

The U-15s (2-2-1, 7 points) began brightly and were rewarded for their strong start in the 35th minute when Manuel Romero’s driven cross was deflected into the back of the net by a Real Colorado defender for an own goal. The hosts responded with a strike of their own in the 54th minute, but Romero was quick to restore Sporting’s advantage with a 62nd-minute tally that ultimately sealed the victory.

The U-17s (2-2-1, 7 points) entered this weekend unbeaten through their first three league matches but suffered the first of two straight defeats against an in-form Real Colorado side. Friday’s 5-1 loss was one to forget, although Sporting did grab an early lead when Alex Umana settled a pass from Coby Jones and beat the goalkeeper with expert precision.

A cagey battle between Sporting (2-0-3, 9 points) and Real produced zero goals, thanks in large part to an excellent outing from goalkeeper Gavin Krenecki. The Sporting gloveman was put to the test early in the second half when Real were awarded a penalty kick, but Krenecki dove left to palm the ball away and keep his opponents off the scoreboard. 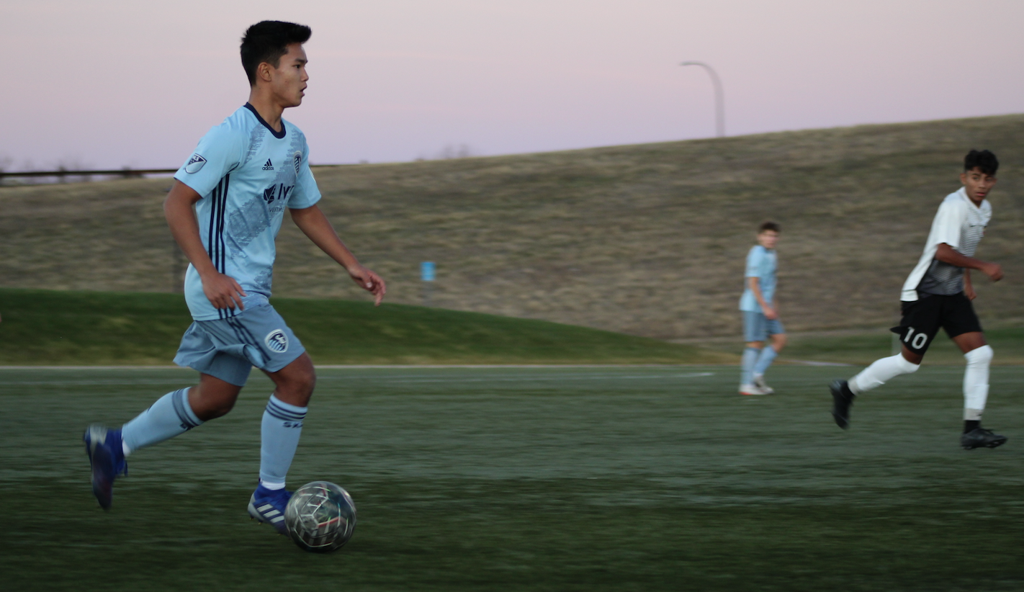 Honors even vs. Colorado Rapids

Sporting drew first blood Sunday afternoon in the 34th minute when Braxton Arpachinda unleashed a superb free kick that fizzed through the Rapids wall and nestled inside the left corner. Colorado equalized just two minutes into the second half, and although Romero came close to bagging a winner near the hour mark, the sides ultimately settled for a share of the spoils.

"Both games were similar in the fact that we were able to control play and possession," U-15 head coach Chris O'Neal said. "In both games, we conceded a goal off a misplaced pass that started a quick counter attack. We were most dangerous when we were able to combine our runs off of our strikers' movement. The final pass and finish need to keep improving."

Sporting was breached once on either side of halftime, falling behind in the 27th minute and conceding a penalty kick seven minutes into the second half. The visitors were unlucky not to pull one back shortly thereafter as Dylan Hooper’s thumping header clattered off the crossbar.

Sporting rounded out the weekend in style, smashing four goals past the Rapids in a comprehensive, wire-to-wire performance.

"The U-19s had a very positive weekend," U-17/19 head coach Rumba Munthali said. "We put together consistent performances against two good opponents. The players were engaged, energetic and effective in their actions, scoring four goals and conceding none."

Mason Leeth landed the first punch in the seventh minute, latching onto Tucker Lepley’s free kick to make the score 1-0. After goalkeeper Max Trejo produced a fine save to keep his team in front, Clarence Weah blasted a shot into the top shelf to put Sporting in firm command. With halftime approaching, the U-19s added a third as Josh Chong assisted Arnold Castillo.

Danny Goddard added Sporting’s fourth in the 78th minute, shortly before the Rapids were awarded a penalty kick. Not to be denied his clean sheet, Trejo sprawled right to palm aside the attempt and add icing to the 4-0 result.

"After a really scrappy tie on Friday vs Real Colorado, we wanted to come out and make a statement against Rapids," Lepley said postgame. "We came together as a team and discussed what we could work on and realized that we’re brothers, and if we play like a family no one can beat us. That’s what we showed today. We controlled the game from start to finish and are very happy to walk away with a clean sheet on top of the four goals."

Added Leeth, "We went into the game with a fresh, new mindset. We talked the night before about how we wanted to play more as a family and how we would work for each other until we couldn’t. During the game we were all positive and gave everything we had. We had pride in our defense as well as offense."

Trejo also commented on the win: "Everything started clicking and we gave the team no chance of breathing. On the penalty kick, I was able to keep my cool and read the shot well. It was good to keep a clean sheet and a great game overall."

Up Next: Holiday fixtures await

All Academy teams are off next weekend, but the U-19s will play their final regular season match before winter break on Saturday, Nov. 23, at the Houston Dynamo. The U-15s will head to Houston the following week for the Copa Rayados over Thanksgiving, while the U-17s will begin preparations for the inaugural Development Academy Winter Cup in early December in Bradenton, Florida.