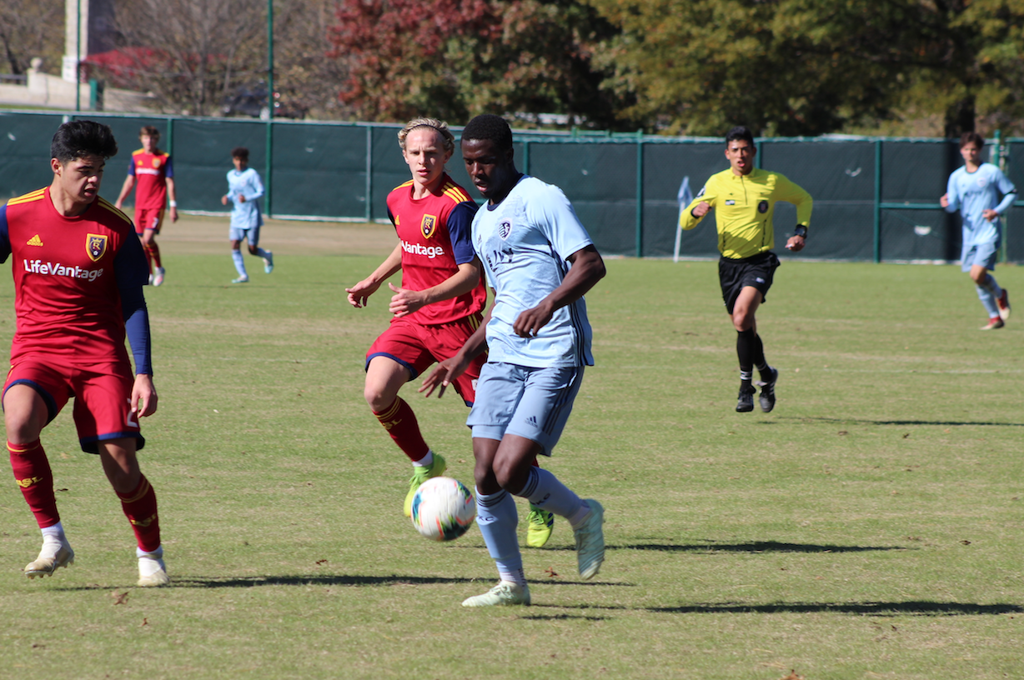 The Sporting Kansas City Academy U-19s came from behind twice to earn a 2-2 draw against Real Salt Lake in an exciting U.S. Soccer Development Academy matchup on Saturday at sunny Swope Soccer Village.

Tucker Lepley and Clarence Weah scored on both sides of halftime as Sporting (1-0-2, 5 points) remained unbeaten in the Frontier Division and denied Real Salt Lake (1-1-2, 5 points) a road victory.

The visitors surged ahead inside 15 minutes, but Sporting responded brightly and leveled terms in the 26th minute. Danny Goddard did well to dribble into the attacking third and find Lepley, who slammed home emphatically for his second league goal of the season.

Goddard almost found the back of the net himself three minutes before intermission but was unable to beat the keeper. RSL would take their second lead on the stroke of halftime, giving head coach Rumba Munthali’s side work to do in the second stanza.

Josh Chong had a good look to equalize in the 53rd minute, but his header off a Goddard cross was palmed away. Shortly thereafter, Jahon Rad latched onto Chong’s delivery and sent a shot marginally wide of the target.

Weah became more involved past the hour mark, setting up a shot for Lepley that was deflected high into the air and volleyed goalward by Goddard, only to be cleared off the goal line by an RSL defender.

Sporting grabbed their deserved equalizer in the 79th minute. U.S. international Osvaldo Cisneros served a ball into the box where Weah snapped a header past the RSL goalkeeper to make the score 2-2. Jake Davis nearly bagged a late winner for the hosts, but both sides would ultimately settle for one point.

Up Next: Colorado road trip next weekend

The Sporting Kansas City U-15s, U-17s and U-19s will travel to the state of Colorado next weekend for a pair of doubleheaders as the U.S. Soccer Development Academy regular season continues.

Friday’s games against Real Colorado will take place at Highlands Heritage Regional Park in Highlands Ranch, with the U-15s and U-17s kicking off at 5:30 p.m. CT and the U-19s taking the field at 8 p.m. CT.

Sunday’s fixtures against fellow MLS academy Colorado Rapids will be held at Dick’s Sporting Goods Park in Commerce City, with the U-15s (11 a.m. CT), U-17s (1:30 p.m. CT) and U-19s (4 p.m. CT) playing back-to-back-to-back. Follow @SKCAcademy on Twitter and Instagram next weekend and throughout the season for updates. 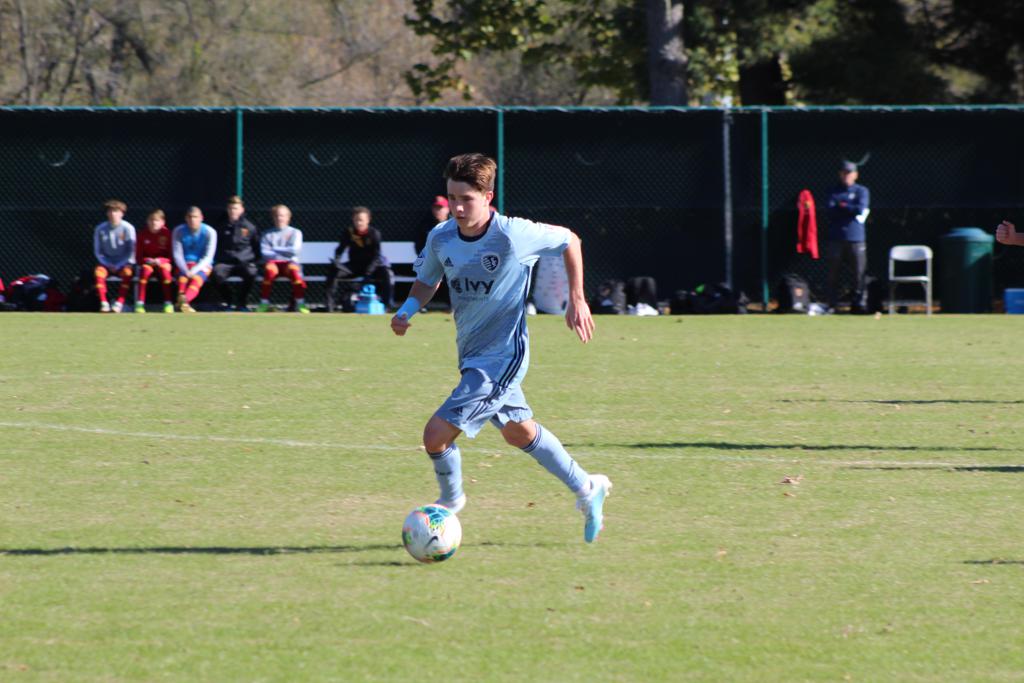 Tucker Lepley scores in the first half for Sporting 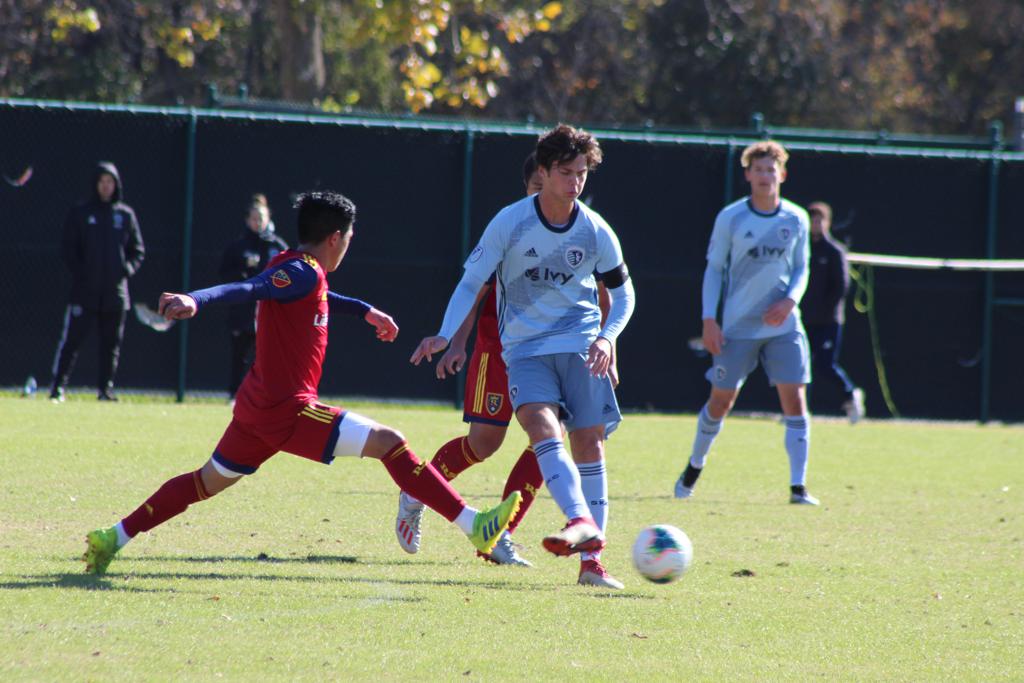