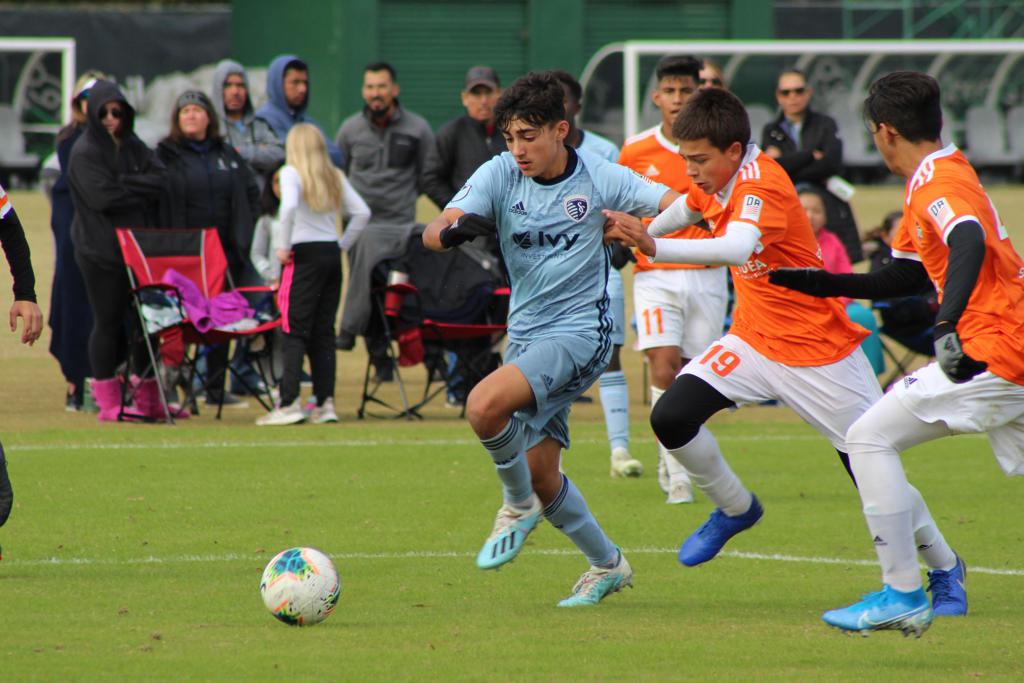 The Sporting KC U-15s (1-2-0, 3 points) claimed their first league victory of the campaign with an impressive 3-1 triumph, while the Sporting KC U-17s (2-0-1, 7 points) came from behind to post a 1-1 draw and remain unbeaten in the Frontier Division.

Led by head coach Chris O’Neal, the U-15s did their damage early as a first-half deluge produced all three of their goals. Wesley Cribb opened the scoring in the 11th minute, latching onto a low cross at the far post, but Rio Grande Valley FC conjured an instant response to level the scoreline at 1-1. Jack Lucas restored Sporting’s lead in the 18th minute, however, and the hosts effectively sealed their win four minutes later when Kelly Kipruto drove into the box and set up Gianluca Armellino for a crisp finish.

“The U-15s delivered a good performance overall,” O’Neal said after the match. “In the first half, there were stretches where RGV got opportunities from us over playing out of the back. The positive is that as the game went on, those moments were fewer and fewer. From an attacking perspective, we were able to create some really dangerous opportunities by using the full width with our outside forwards. We need to continue to be efficient in front of goal.”

U-17s fight back for a draw

In the second game of Saturday’s doubleheader, the U-17s were pegged back inside 12 minutes when Rio Grande Valley FC found the back of the net. Alex Umana and Dylan Hooper both went close to equalizing before halftime, but the visitors went to the break with their 1-0 advantage intact.

Sporting improved in the second stanza with Rokas Pukstas and Osvaldo Cisneros asking questions of the RGV defense, and they were duly rewarded for their persistence on the hour mark when Francisco Lopez embarked on a stunning solo run and drew a penalty kick after beating four defenders. Pukstas buried the ensuing spot kick to tie the game, and although the U.S. youth international almost bagged a game-winner in the dying embers, the contest would end all square at 1-1.

"We controlled the game for the most part, and besides giving up a set piece goal, the players showed commitment to defend and limited the opposition to very few and non-threatening chances to score,” Sporting KC U-17/19 head coach Rumba Munthali said. “Offensively, the players created many good scoring opportunities, but too many that we did not fully capitalize on. As a team we need to continue to have better execution and composure in front of goal. With the amount of positive actions throughout the game, it was a positive day of repetitions for the players." 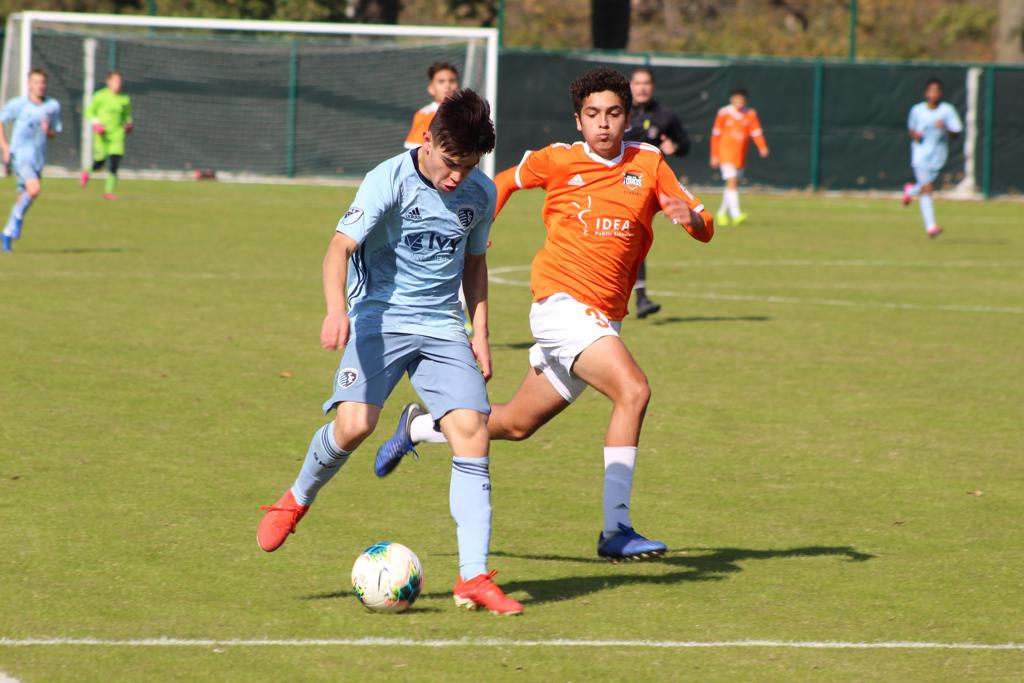 Two days before hosting RGV, the Sporting KC U-17s welcomed Bolivian academy Club Blooming for a Thursday afternoon friendly. Cisneros assisted the opening strike in the seventh minute, teeing up Lopez, before turning goal scorer off a feed from Pukstas in the 25th minute. Sporting would see out the remainder of the friendly to prevail 2-0.

The U-15s and U-17s are off next weekend, but the Sporting KC U-19s (1-0-1, 4 points) will resume their regular season campaign on Saturday, Nov. 2, against fellow MLS academy Real Salt Lake. The contest is set for 11 a.m. CT at Swope Soccer Village and admission is free and open to the public. Fans can also follow @SKCAcademy on Twitter for live updates.