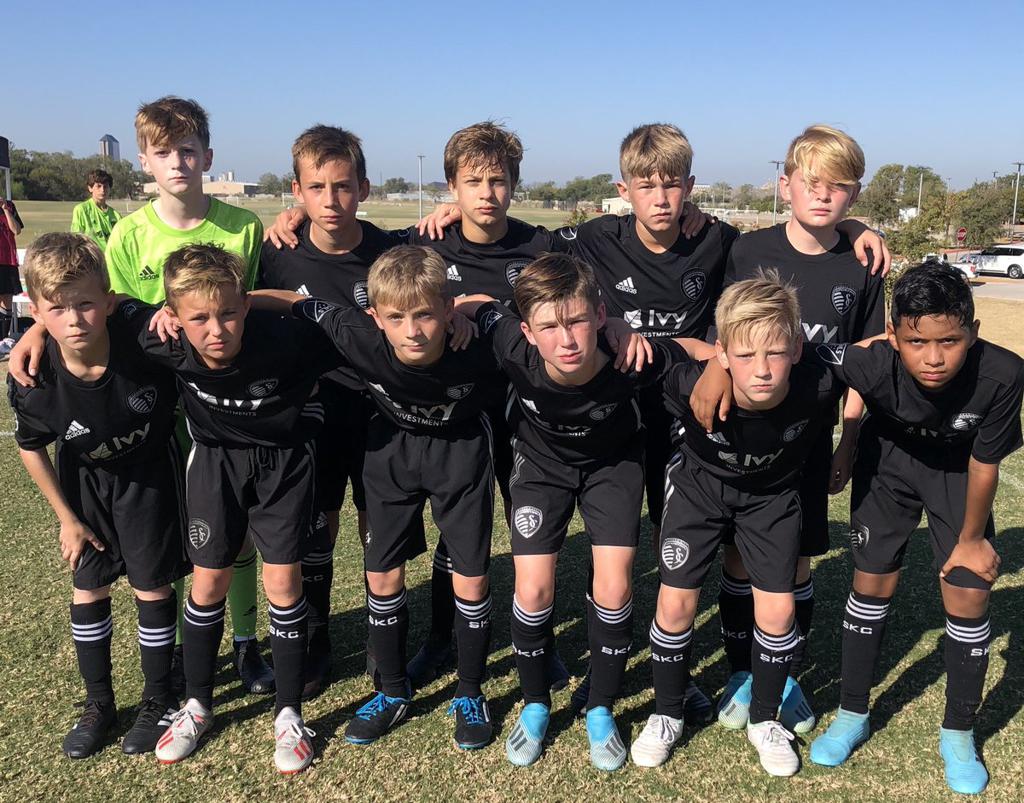 The Central Regional Showcase marks one of the premier events for the Sporting KC U-13s and U-14s during the fall portion of the 2019-20 season, offering up competition against some of the best academy clubs from across the country.

The U-13s played two games each on Friday and Saturday, while the U-14s played twice on Sunday before their Monday doubleheader was canceled due to inclement weather in the Dallas area.

Led by head coach Luis Pacheco, the Sporting KC U-13s finished Friday on a positive note with an impressive 3-1 victory over Michigan-based club Vardar. Having suffered a 5-0 defeat to Inter Miami CF earlier that morning, Sporting bounced back in the afternoon session as Spencer Zacgho scored in the first minute of play and Leo Christiano bagged a first-half brace.

The U-13s took a narrow 1-0 loss to Minnesota United FC in the first of two games on Saturday, but responded with a shutout of their own in a 0-0 stalemate against the Tampa Bay Rowdies.

Under the guidance of head coach Declan Jogi, the Sporting KC U-14s opened their tournament campaign with a 3-1 triumph over Minnesota on Sunday. After the Loons took an early 1-0 lead, Sporting replied with an equalizer from Edin Clark before a Geremi Onentia brace sealed the 3-1 result. The contest preceded a 2-0 loss to Chicago-based Sockers FC, which proved to be the team’s final game of the weekend. Monday’s matches at MoneyGram Soccer Park were called off due to tornadic activity in the Dallas metro.