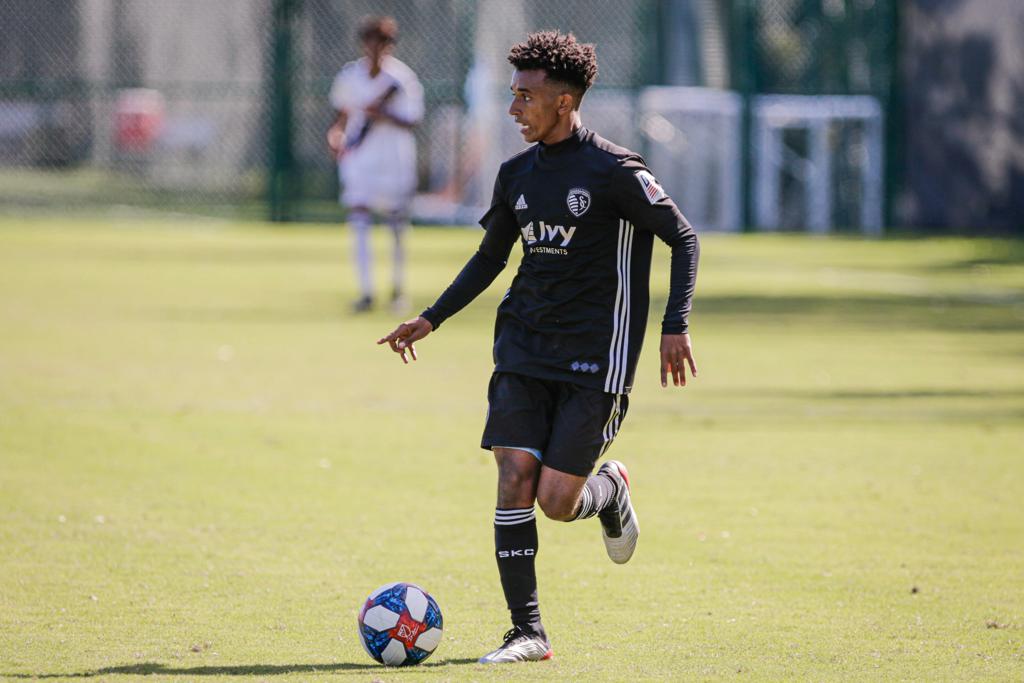 Sporting Kansas City Academy U-15 forward Gage Akalu (pictured above) and forward Nati Clarke have joined the United States U-15 Boys’ National Team in Poland for a UEFA Development Tournament that will run through Oct. 26.

Akalu and Clarke are among 20 players on the roster—all of whom were born in 2005—as the United States prepares to face international competition under serving head coach Steve Klein, the Academy Director at U.S. Soccer Development Academy club PA Classics.

During their stay in Europe, the USA U-15s will face Iceland on Monday, Poland on Wednesday and Russia next Friday, Oct. 25.

Akalu, a native of Kansas City, Kansas, joined the Sporting Kansas City Academy in 2017. The 14-year-old has enjoyed an excellent start to the 2019-20 season, scoring four goals in five appearances for the Sporting KC U-15s.

A native of Topeka, Kansas, Clarke has also played five matches for the Sporting KC U-15s this season as an integral member of the backline. The 14-year-old joined the Academy in 2016.