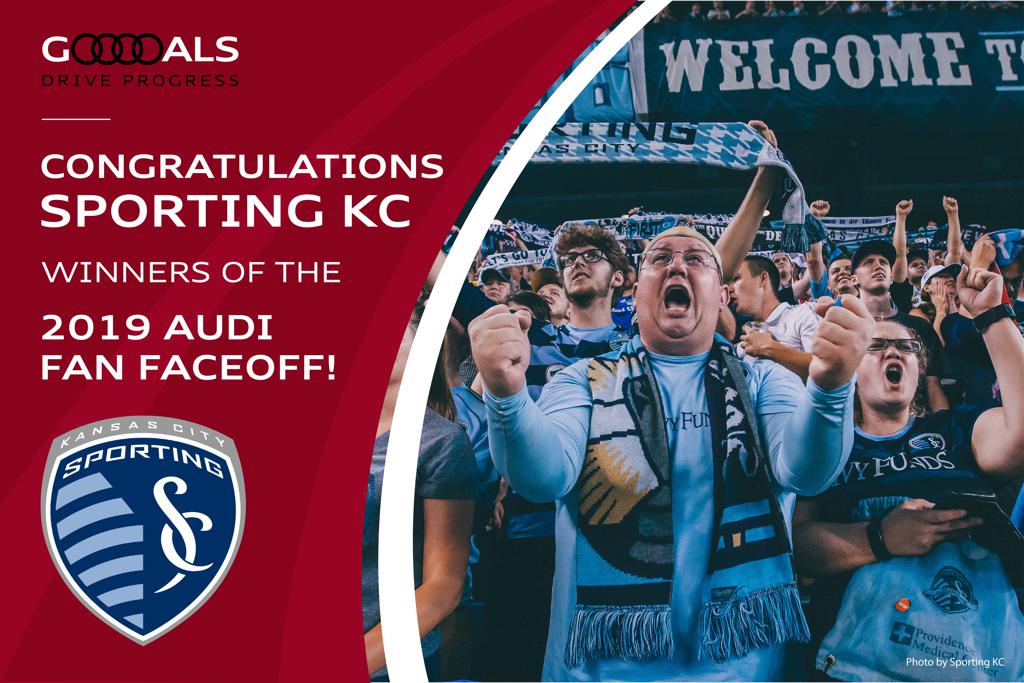 Sporting Kansas City was recognized on Thursday as winners of the 2019 Audi Fan Faceoff. The Sporting KC Academy will be awarded a $50,000 grand prize from Audi, in addition to the funds the club will receive from the Audi Goals Drive Progress initiative.

Starting on July 31, Major League Soccer and Audi launched the Audi Fan Faceoff by encouraging fans to celebrate goals scored by their team in MLS matches on Twitter and Instagram with a designated club hashtag. Sporting Kansas City supporters lifted Sporting atop the Audi Fan Faceoff standings as the club with the highest average number of fan posts per game.

“Audi has been an invaluable supporter of Major League Soccer and our clubs since 2015, and this new initiative to support MLS Academies is extraordinary,” said Todd Durbin, MLS executive VP of competition and player relations. “A forward-thinking partner, Audi recognizes the value of collaborating with MLS in advancing the game across North America. We look forward to working with Audi to positively impact the next generation of soccer players for many years to come.”