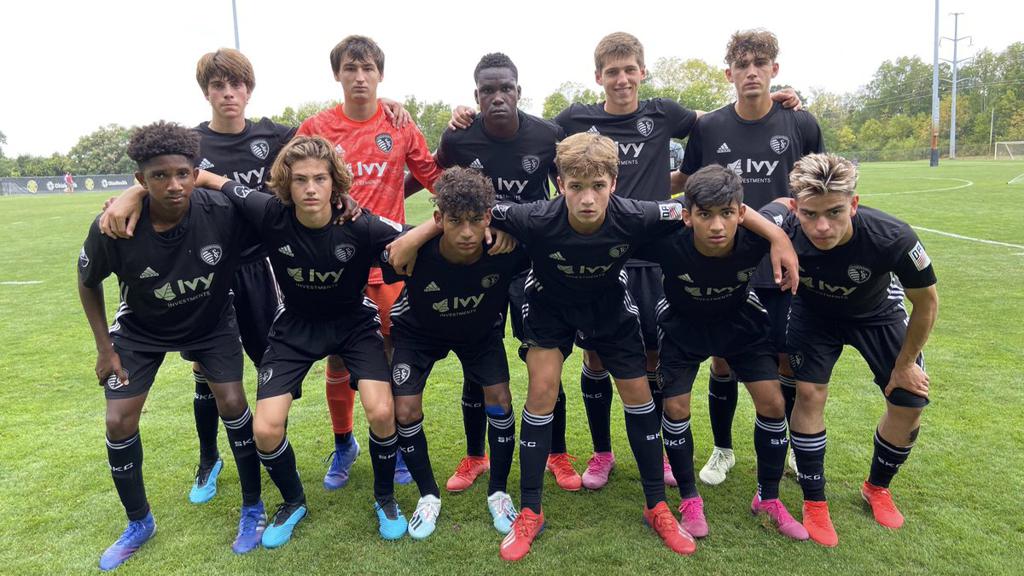 The Sporting KC U-19s (1-2-1, 4 points) battled to a scoreless draw and will now wait for the remaining matches in the Midwest Group to play out over the next month. Should Sporting secure a top-three finish in the group, they will advance to the Winter Cup later this year in Bradenton, Florida.

The Sporting KC U-17s (2-2-0, 6 points) bolstered their hopes of a top-three finish in the Midwest Group with an exciting 4-2 victory. Currently third in the group standings, the U-17s will keep an eye on results of upcoming fixtures to see if they ultimately land a trip to Bradenton.

The Sporting KC U-15s (3-1-0, 9 points) will only participate in the DA Cup’s Fall Group Stage and rounded out their slate with a convincing 4-1 triumph. To learn more about the structure of the inaugural DA Cup, click here.

Less than a month after signing an Academy contract with the Swope Park Rangers, goalkeeper Gavin Krenecki delivered a strong performance between the posts on Saturday afternoon. His shutout was key to a well-earned draw that saw Sporting create multiple scoring opportunities, with Jahon Rad, Danny Goddard and Clarence Weah—the cousin of U.S. international forward Timothy Weah and the nephew of African soccer legend George Weah—all coming close to providing the breakthrough.

“The U-19s were sound defensively throughout the game and got a clean sheet,” said Sporting KC U-17/19 head coach Rumba Munthali. “We created scoring chances that we needed to be more clinical with and controlled the game and the possession. Columbus made the game difficult for us to score by sitting in and defending their own half.”

The U-17s walked away as deserved winners, but not before falling behind in the first half. After Francisco Lopez gave Sporting an early 1-0 lead, Columbus responded with a pair of unanswered goals. The visitors looked likely to take a one-goal deficit into halftime, but U.S. youth international Rokus Pukstas scored a sensational chip shot from 30 yards to restore parity in the 44th minute.

With momentum on their side, Sporting reclaimed their advantage in the 79th minute on a left-footed bender from Camden Baker. Zion Long added icing to the cake four minutes later, intercepting an errant pass from the Columbus keeper and slotting home to seal the win.

“The U-17’s had a very positive response after going down 2-1,” Munthali said. “They took control of the game, executed on their chances in front of goal, were defensively sound in the second half and didn’t give up any goals. They were composed and very engaged throughout the whole game.”

Sporting struck three times in the space of 13 first-half minutes to build a commanding 3-0 cushion, with Ryan Reid landing the first punch and red-hot forward Gage Akalu adding a quickfire brace. Columbus would grab a goal back before halftime, but Jack Lucas pushed the bulge back to three goals by making it 4-1 just shy of the hour mark.

“We were patient in how we advanced the ball through the thirds of the field and maintained possession in their half,” U-15 head coach Chris O’Neal said. “Our balanced attack allowed us to break their defensive block by going around, over and through for our goals. It’s nice when the players are able to recognize more than one way to break down their opponents, and it makes us difficult to play against.”

Up Next: Houston Dynamo in regular season curtain raiser

With their DA Cup Fall Group Stage campaigns complete, the Sporting KC U-19s, U-17s and U-15s will now kick off the 2019-20 U.S. Soccer Development Academy regular season on Saturday at Swope Soccer Village. The tripleheader against the Houston Dynamo is free and open to the public and fans can follow @SKCAcademy on Twitter for live updates. The U-15s will kick off at 9 a.m. CT, followed by the U-17s at 11 a.m. and the U-19s at 1:30 p.m.