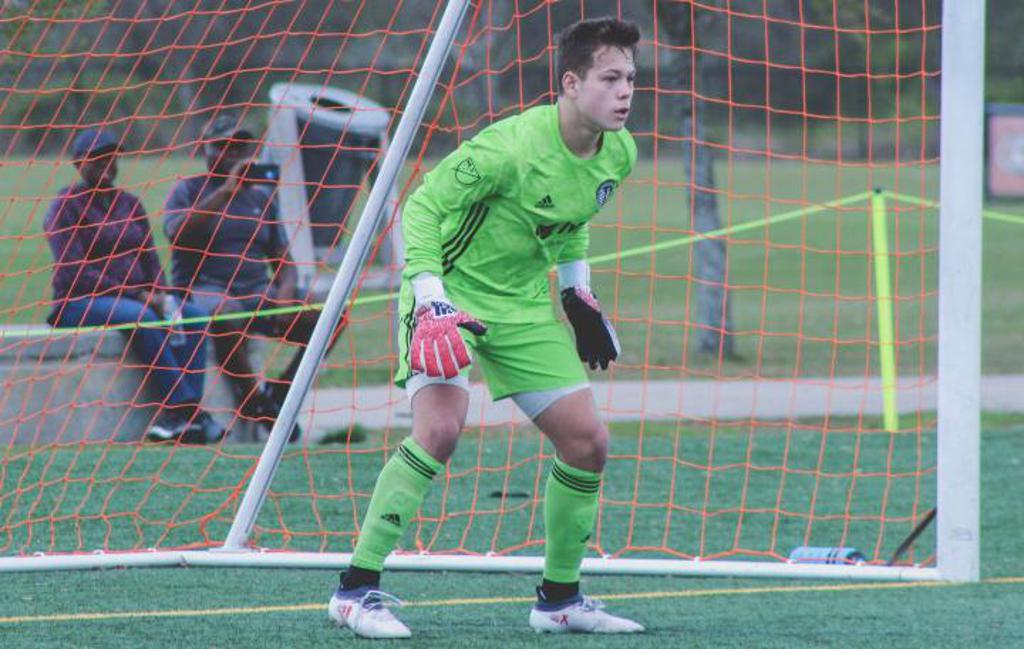 Dylan Hooper, Gavin Krenecki (pictured above) and Kayden Pierre are among 59 players from U.S. Soccer's three main scouting regions - East, Central and West - selected for the camp, which will be led by U.S. Soccer Director of Talent Identification Tony Lepore and a technical staff that includes U.S. Men’s National Team legend Landon Donovan.

Krenecki, 16, has represented the U.S. at the Under-14 and Under-16 levels in the past. A California native, he joined the Sporting Academy in January and has made 11 appearances in net for the U-17's and U-19's in addition to signing an Academy contract with the Swope Park Rangers last week.

Pierre, a defender, also returns to the U.S. U-16 Boys' National Team. A Michigan native, he joined the Sporting Academy during the 2017-18 U.S. Soccer Development Academy season - appearing in 16 matches for the U-15's - and moved up to the U-17's last season with 26 games played while also joining the Swope Park Rangers for preseason.