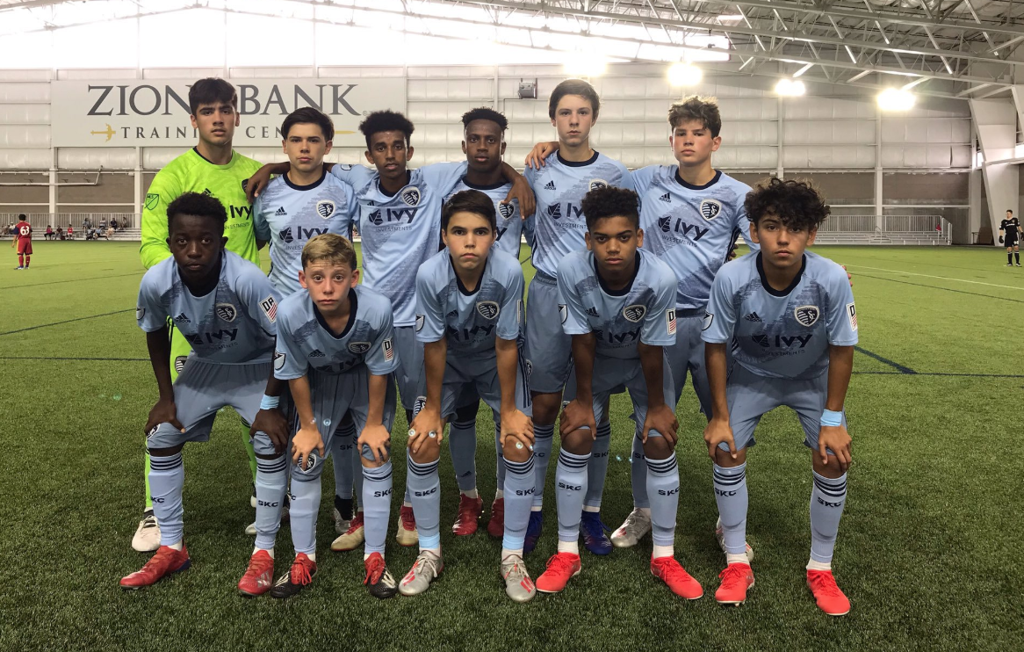 The Sporting Kansas City Academy U-15s kicked off their 2019-20 season in impressive fashion this week, winning three of four matches and earning a second-place finish at the RSL Academy Cup in Herriman, Utah.

Ten different players found the back of the net for Sporting in round robin victories over Mexican club Tijuana, Real Salt Lake and Napa United. These wins set up a rematch with Real Salt Lake in Saturday’s championship, which saw Sporting fall just short in a 4-3 thriller at the Zions Bank Training Center.

Led by head coach Chris O'Neal, Sporting opened the tournament on Wednesday with an emphatic 4-0 defeat of Tijuana. Kelly Kipruto scored twice while Gage Akalu and Manuel Romero also found the back of the net against their heralded Mexican counterparts.

"This event provides international competition and allows us to expose the players to new experiences," O'Neal said after the first match. "We played Xolos from Mexico in a competitive and physical game. At the beginning of the year we are trying to refresh and get everyone on the same page as far as understanding our principles of play. From an attacking standpoint, we were able to control and dictate the tempo of the game and were able to limit opportunities for Xolos by recognizing the transition moments from attacking to defending.”

"The boys were very good defensively in recognizing how to organize our press to not allow RSL to find a rhythm in possession," O'Neal said. "We were able to create opportunities winning the ball high up the field but need more consistency in execution and finishing."

Saturday’s championship unfolded breathlessly, and although Sporting was on the losing end of a 4-3 result, strong attacking play produced strikes from Armellino, Reid and Kipruto—all of whom finished their tournament campaigns with three goals each.

It was a good, high-level game overall," O'Neal said of the final. "RSL caught us on a counter for two goals. We were up 3-1 and should have been better managing the game with the lead."

The U-15s will now return to Kansas City to continue their preparations for the 2019-20 U.S. Soccer Development Academy season.