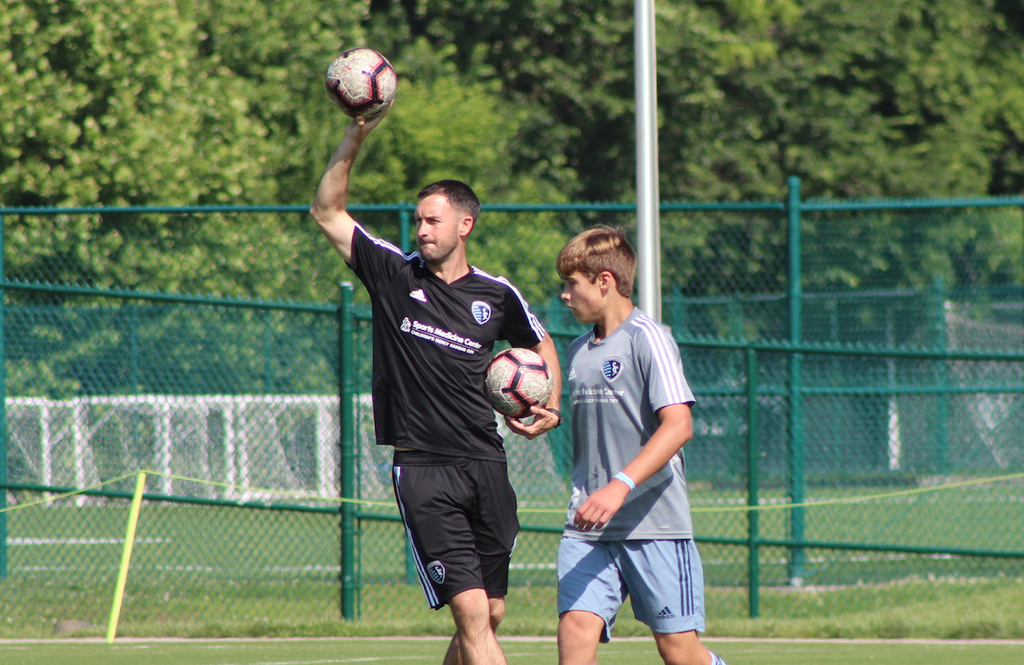 Throughout the summer, SportingKCAcademy.com is publishing a series of Q&A interviews with each member of the Academy's technical staff. In the seventh installment, we catch up with Sporting KC U-15 head coach Chris O'Neal.

I moved around a good bit with stops in Atlanta, Cincinnati, Memphis and Birmingham through various stages of my life. I would say that Atlanta is my hometown, and that’s where most of my family is located.

How did you fall in love with soccer?

Did you have a favorite team and player growing up?

Growing up I was a big Arsenal fan. The teams they had in the late 1990s and 2000s were so entertaining. They attracted me with their style of play but still had a grittiness to them that made them so tough. But now Arsenal is my second favorite after Sporting KC. My favorite player was Zinedine Zidane, even though he never played for Arsenal. He was so skillful and had tremendous vision, but he was also a winner.

The investment from the ownership group—from the first team all the way through to the Academy—is really impressive.  The Academy does everything first-class to give the athletes a true professional environment to develop. Another key piece to the Academy is the collaboration between the staff, from the first team to Swope Park Rangers to the Academy staff. We are all connected and learning and working together daily. The staff is willing and enjoys bouncing ideas off of each other to promote player development and give them opportunities that continue to push their development.

There is also a real belief in the pro pathway that is provided here at Sporting and the vertical integration for players to experience levels of play that they are ready for. If a player is excelling in their environment, we have the ability to push that player into an environment that will continue to push them to be the best player they can be.

What’s the best part about being a coach?

Seeing the growth and the development of the kids and how they develop Ideas and continue to build on it, then watching them apply that knowledge and grow in competitions. To me that’s really cool, and a lot of times it’s stuff that the players themselves can pick up on concepts and ideas. And then their interpretation of it might be completely different than mine, but it’s not necessarily wrong, it’s interesting. It makes the job really interesting.

Do you have a favorite place in Kansas City?

I really like the downtown area. There are so many different neighborhood or parts of the city with their own identity. It makes walking around town and going into different coffee shops pretty interesting. When guests visit me from out of town, I make sure they get to sample Kansas City barbeque, and the best place I’ve found is Jack Stack. It has a fun atmosphere and the food is great, especially if you like big portions. I also have a French bulldog named Sonny. Kansas City is a very dog-friendly city.

What is your guilty pleasure?

What is your favorite TV show or movie?

Game of Thrones and the Batman series.